While numerous projects are running on Pakistani television, only a few become ‘audience favorite.’ Similarly, the Pakistani entertainment industry in its revival period is producing exceptional content. Among the unexpected events taking place, Pakistanis are now all in to provide justice to the protagonist named “Danish” of a hit drama serial at Frere Hall.

Danish from “Meray Paas Tum Ho” to get justice at Frere Hall, Karachi!

These days, Pakistani romantic drama “Meray Paas Tum Ho” has made its way to the viewer’s heart. Apparently, another project produced under the umbrella of ISPR, “Ehd E Wafa” has stirred a storm on media platforms. Well, the unusual has happened, to provide justice to the drama’s lead character called “Danish”, Pakistanis are expected to gather at Karachi’s Frere Hall. 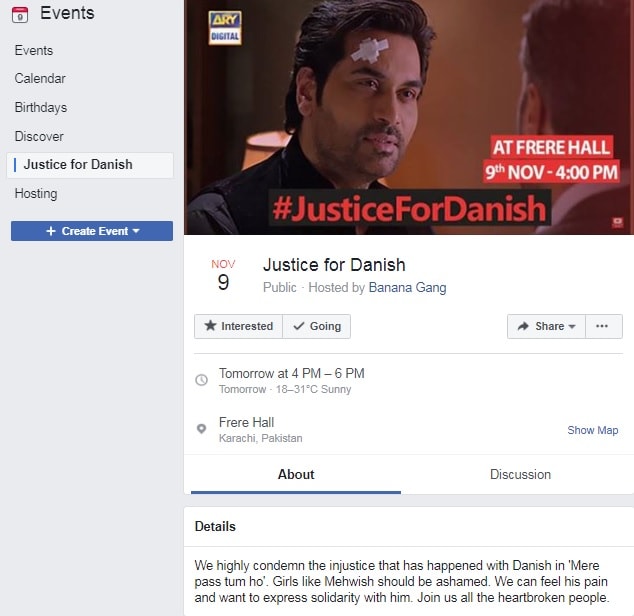 Among the turning of events, a social media group called Banana Gang is hosting a ‘justice‘ event at Frere Hall in Karachi. Recently, a Facebook page went viral and Pakistanis were immediately in favor of the cause. Since the Pakistani drama serial “Meray Paas Tum Ho” is gathering praises worldwide, the nation is concerned about the misery of Danish.

The page’s ‘about’ section says it all!

Particularly, on the Facebook page of the event, the administrators have shown their solidarity with ‘dumped’ Danish, LOL. However, the ‘about’ section of the page reads:

“We highly condemn the injustice that has happened with Danish in ‘Meray Paas Tum Ho’. Girls like Mehwish should be ashamed. We can feel his pain and want to express solidarity with him. Join us all the heartbroken people.” 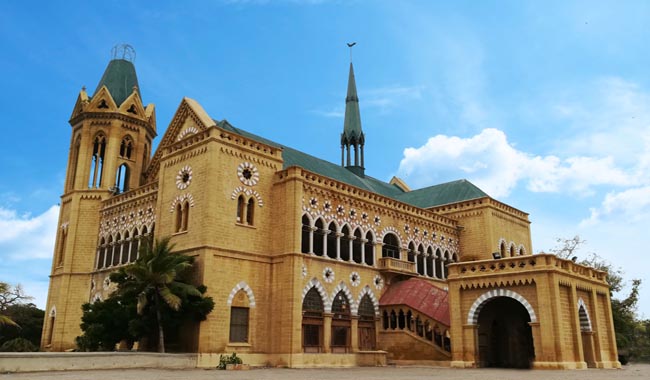 Well, all the gathered eyeballs on such an event carry a good reason for uncontrolled laughter. Supposedly, the mere reason for creating the Facebook page was to provide an unexpected wave of entertainment. Without a doubt, the drama serial “Meray Paas Tum Ho” airing on ARY Digital is a masterpiece and the lead cast has done a splendid job.

The leading trio and the perfect execution!

Made under the production of Humayun Saeed’s Six Sigma Plus, the serial has gathered a separate fan base. Apparently, the lead cast of “Meray Paas Tum Ho” includes Humayun Saeed, Ayeza Khan and Adnan Siddiqui. Basically, Pakistanis are invited at Frere Hall to help Humayun Saeed (Danish) get justice after his wife Ayeza Khan (Mehwish) left him for rich Adnan Siddiqui (Shehwaar). 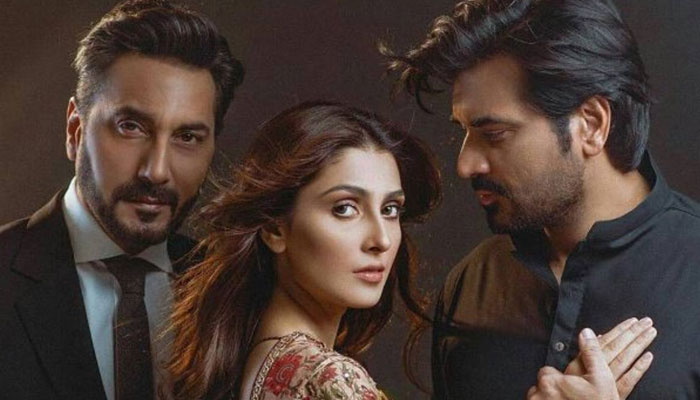 However, it’s not just the perfect storyline or cast that entertained the masses but, the dialogues too. Nearly every Pakistani knows the relevancy behind Humayun Saeed’s dialogue “Aap is do takay ki larki k liye mujhe 50 million de rhay thay?” Now, the internet is filled with hilarious memes regarding the dialogue and the audience is enjoying the show.

Are you attending the event? Let us know in the comments section below!

People Are Offended By This ‘Gulaab Jaman Pizza’ Being Sold In Pakistan!
WhatsApp Rolls Out New Updates Including ‘Group Privacy’ Feature!
To Top