Famous Pakistani actor turned producer Humayun Saeed has done a number of valuable work for our drama and film industry. From starring in a number of prominent Pakistani dramas to making local movie hits like “Ye Jewani Phir Nahi Aani”, it is safe to say Humayun is one of the best actors in our industry.

However, his recent remarks on the banning of Indian movies in local cinemas has left us all confused.

In an interview to BBC Urdu, when asked how he felt about Pakistani actors being threatened to leave India, he said “we should not do the same.”

He further commented on how there should be no ban on Indian movies in Pakistani cinemas.

“We owe the initial success of Pakistani film industry to Bollywood content. We built our audience of cinema-goers only when Indian movies started getting screened in Pakistan,” he added to his interview to BBC Urdu.

According to him, Pakistani cinemas need Indian films in order to flourish. “Cinemas cannot rely on the Pakistani films only to earn. They need new and fresh content.”

Which makes us wonder, he might have a point in terms of business, but this will tarnish the national reputation.

Humayun Saeed said that there are not enough movies produced in Pakistan every year. He believes that it is not only a flawed action in terms of politics, but also for the Pakistani film industry’s economics.

There was one point on which I assume everyone would agree: the actor said “banning Indian movies on Eid is a great idea as Pakistani movies released on Eid have proven to be beneficial for the business. That is the only time they should be banned.” 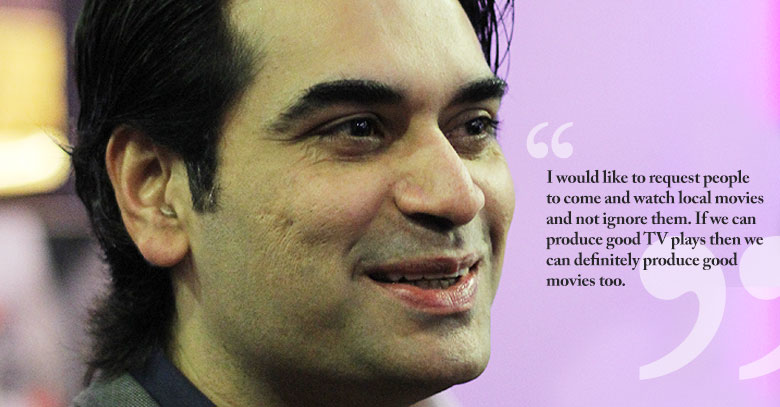 With the likes of Hamza Ali Abbasi and two major cinemas banning Indian movies in Pakistan, let’s see what the future has for the cinemas now.