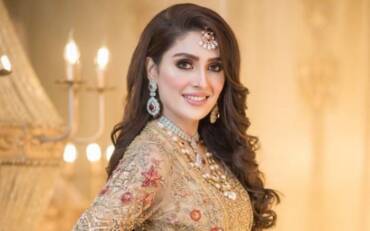 As an actress, Ayeza Khan has enjoyed an enviable career. Some of her blockbuster drama serials have been Pyaray Afzal, Mere Paas Tum Ho and Mere Meherbaan. Critics have praised Ayeza for her amazing acting skills.

She is one of those Pakistani drama actresses who won the hearts of the viewers on social media and has a huge fan following.

Ayeza Khan was born on January 15, 1991, in Karachi, Sindh, Pakistan. She has a younger sister by the name of Hiba Khan. She also has two younger brothers, Wasif Khan and Arham Khan. After completing her intermediate, Ayeza got herself enrolled at the Newports Institute of Communications and Economics, Karachi, Pakistan and successfully completed graduation.

Ayeza got married to famous Pakistani actor Danish Taimoor in 2014. There had been rumors that Ayeza is leaving showbiz after her marriage. However, she has denied strongly denied those rumors. Ayeza has stated that people are spreading rumors about her. As an actress, Ayeza first appeared on TV with a small but important role in the romantic drama Tum Jo Miley in 2009. She later acted in a TV series in which her characters got immense popularity. In the year 2011, Ayeza appeared as Ajia within the romantic drama ‘Tootey Huwey’ that had been telecasted in Geo TV. After the success of this drama, Ayeza Khan rose to the top of Pakistan’s showbiz industry.

Ayeza has been able to establish herself as one of the leading actress in Pakistan with several successful drama series. This includes ‘Aks’, ‘Kahi Unkahi’, ‘Adhoori Aurat’, ‘Mere Meherbaan’ and ‘Tum Kon Piya’. These dramas have helped to bring global recognition for the actress. Her excellent performance in the social drama ‘Pyarey Afzal’ helped her to earn massive praise as well as the Lux Style Award in the Best Actress category.

The drama that took Ayeza Khan to nationwide fame is Mere Paas Tum Ho. Since the very beginning, the show has gained immense popularity among Pakistanis. Moreover, it has also become one of the highest-rated dramas in 2019. The drama has also been caught up in controversies but the hype never went down.

It featured Humayun Saeed, Hira Mani, Adnan Siddiqui and Savera Nadeem in lead roles. The show became highly popular among the masses. The final episode was a ‘mega double episode’ and aired on 25 January 2020 and was simultaneously shown on TV and being screened in major cinemas across Pakistan. 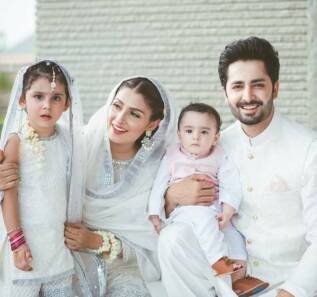 Apart from the story of the drama, the dialogues have been too. Be it “Do takay ki larki” or “Shirk to Khuda bhi mauf nahin kerta” every dialogue has had its time on social media. The dialogues of ‘Mere Paas Tum Ho’ not only went viral because they were well-written but also because they were well-delivered. Nadeem Baig’s direction and the cast’s performance added a 100 to the value of the dialogues written by Khalil-ur-Rehman.

Ayeza has also done photo shoot and modeling projects. One of her famous projects is an adaption of the all-popular Moriya by Mai Dhai. Natasha’s folk rendition sets the right impulse here and talks about how they managed to give Ayeza Khan the right profile for it. The song also manages to subtly capture the new season’s theme and uplifts the whole notion due to the overlapping folk tunes infused by modern, soft tones. Meanwhile Ayeza Khan seems to be the perfect match for the personality and values Alkaram Studio as a brand.

Her graceful aura and the elegant vibe absolutely compliment the whole idea of being the “Alkaram girl.” Plus, Alkaram gave her the right look to fit the campaign profile and she actually personifies what is being communicated here.

Here is a list of dramas Ayeza Khan has worked her till now.