Facebook has been trying to garner revenue from its popular applications like Instagram and WhatsApp, which has around 1.5 billion users. Since the company’s Flagship News Feed product has been receiving large-budget ads, but what fails to happen is generating new users. Hence, Facebook launches a catalog feature for its WhatsApp messaging app; much like that of Instagrams but not of that scale.

Facebook makes this move after introducing a shopping feature to Instagram in March which allows the users to tap on the picture that shows the price tags. It then leads them to the “check out” option where they can pay directly within the application. E-commerce is the present and the future. Incorporating them within Instagram was a genius idea, however, how would it pan out for WhatsApp is a question. According to the sources, this new tool on WhatsApp isn’t fully integrated. The transactions happen elsewhere and not within the app, like Instagram. However, small businesses that use the free WhatsApp Business App can display a “mobile storefront” putting their goods on show through pictures and prices.

Amrit Pal, who is a product manager at WhatsApp told Reuters that, “We’re opening commerce as a new chapter,” Adding to this, he said, “We hear from businesses every day that WhatsApp is where they meet their customers, rather than sending them to a website”

This particular new feature is available for users in Brazil, Germany, India, Indonesia, Mexico, Britain, and the United States. Moreover, the spokesperson informs of this feature rolling out for the world in the next few weeks.

The new updates have given everyone a sigh of relief. Now, no one can add you into random groups without your consent. The new update gives you privacy options like that for the display picture; which are the usual three: ‘Everyone’, ‘My Contacts’, or ‘My Contacts Except…’. 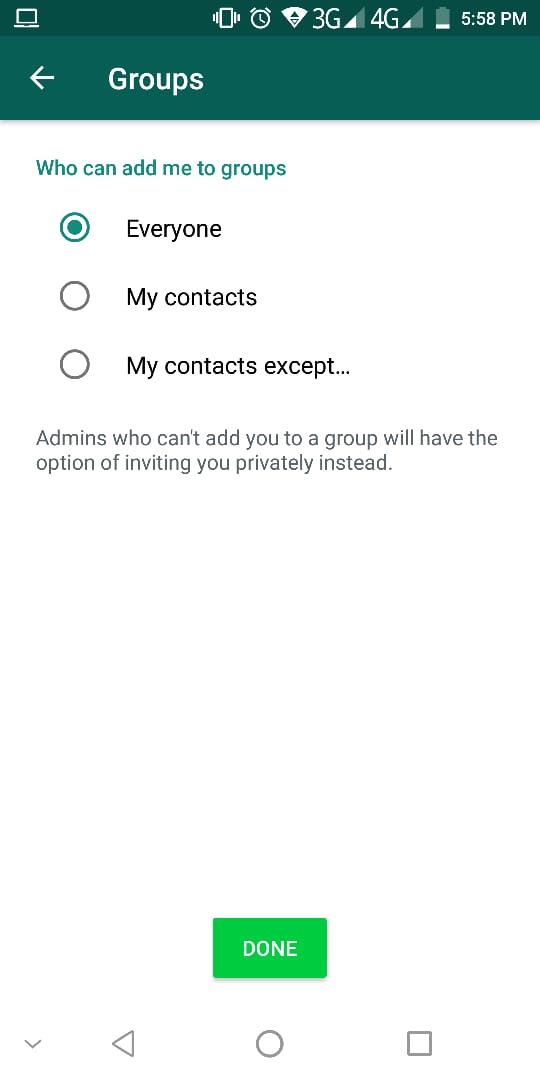 The final option that is written underneath the three options allows the users to force certain contacts to send you group chat invites only by personally messaging you. Once received, you will have a span of three days to decide whether you would want to accept the ‘group invite’ or not.

Coming to the next big update WhatsApp introduced, which is the fingerprint lock. It gives biometric security support, allowing Android users to prevent people from looking at your messages.

This is great news and some sources are even suggesting a night-mode for WhatsApp; about time this application joins the bandwagon.

Are you excited about these new additions? Let us know in the comments below!

Pakistanis Are Ready To Provide Justice To ‘Danish’ At Frere Hall!
Akzonobel’s Dulux Aquashield Is The Ultimate Water-Proofing Solution!
To Top