People Are Offended By This 'Gulaab Jaman Pizza' Being Sold In Pakistan!

It’s great to experiment with food and create something completely unique that tastes amazing. Minus the few exceptional cases, where you will find people having the weirdest of food habits, that’ll make you question their sanity; for example, eating biryani with ketchup.

Yep, they exist. Not the best of combinations but definitely take the first spot in the ‘most-bizarre-food-combos’ list. No offense to anyone out there that insults biryani this way. Moving on…

Then came the chocolate-fad strutting around in occasions like ‘Karachi-Eat‘ and whatnot, where people found some odd combinations. Sweet meeting savory might work in some form but when it comes to pizza, things get serious.

There are a few delicious dishes that shouldn’t be messed with unless it’s something better than what already exists. We know how pineapple chunks on pizza turned out – booed and shunned, never to be brought up again in any shape or form! 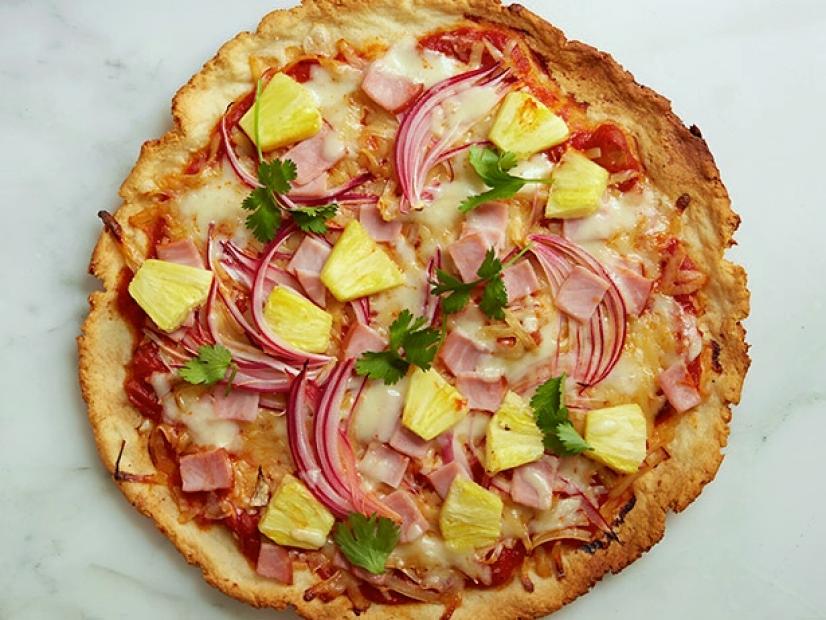 However, someone out there decided to put on their creative hats and experiment on pizza. Hey, unless you are about to cook up a mindblowing pizza sauce or a delicious meat topping, we are all for it. But, leave it to the desis to take a traditional spin on everything. However, nothing so mind-numbingly bad!

Gulab Jaman Pizza is in the house! 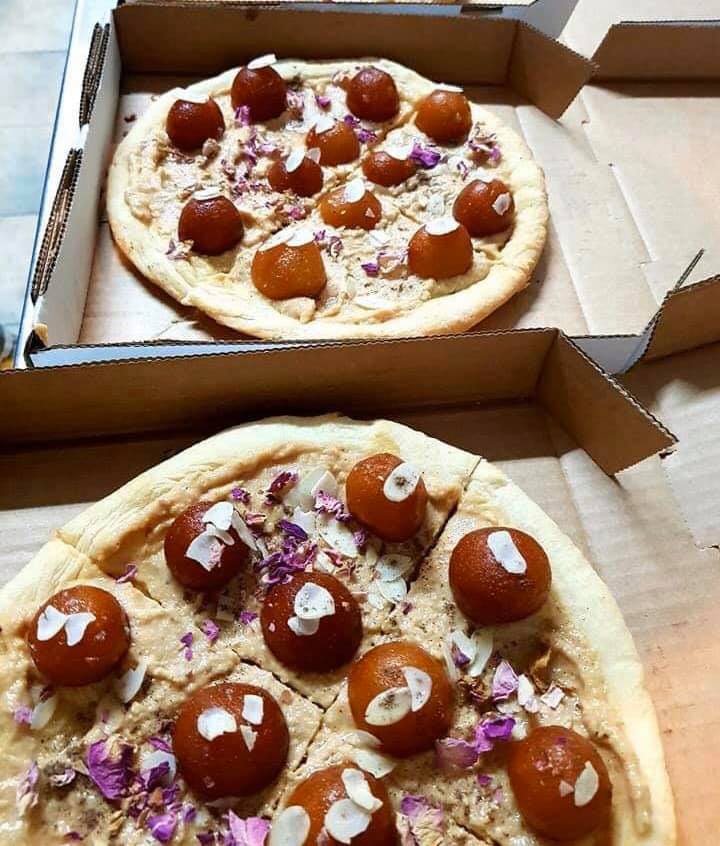 Who on earth would have thought of placing Gulaab Jamans on to the pizza crust? Although on further inspection, is that a pastry crust underneath? Whatever this is, it doesn’t look the least bit pleasing. Also, if it really is an actual pizza with Gulaab Jaman as a topping, then doomsday is nearing. Considering both Gulaab Jaman and Pizza are separate superior items in their own realms. Not to be mixed together in any form or way!

They are like the Gulf of Alaska where two oceans meet but never mix. But since the seas are controlled by the Almighty and these dishes are cooked by man, the answer is pretty clear. A creation of man that would want one to facepalm their way out of the place that sells this or is planning on selling. Okay, maybe a tad bit too much.

This new pizza looking dish is definitely a dessert with sweet bread underneath. But, playing with the sentiments of the fellow desis is just harsh.

The most disturbing thing I’ve been coming across lately is this image of a Gulab Jamun pizza… 🤢 pic.twitter.com/LwlK3ByKij

You’re defending gulab jamun on pizza?? Never thought this would be the hill you’d die on.

A national petition to stop this blasphemy?

Dominos did that chocolate pizza remember? Even though that sounds amazing, it was utter shit and now gulab jamun? What the fuck. *pizza thinking to return to Italy* 😶😶

Invitation? Maybe to just me, myself and I? However, we are sure you’ll make a delicious treat.

I admit I've made a Gulab Jamun Cheesecake but my next mission is to make this…Gulab Jamun Pizza.

Thinking who to invite…😆😆😆 pic.twitter.com/iA0YW0nobw

Whichever restaurant in Pakistan came up with it has definitely got the attention, although for the wrong reasons. But all jokes aside, it looks inviting for all the meetha-lovers out there and we are sure they’d be out to try this out!

Dr. Nimrita’s Death Is An Eye-Opener For Female Hostel Students In Pakistan
Pakistanis Are Ready To Provide Justice To ‘Danish’ At Frere Hall!
To Top