Nida Yasir a popular Pakistani morning show host starts to cry on set after mentioning her haters kept on sending comments and messages on her social media. The morning show host was diagnosed with COVID-19 recently.

Everybody knows that the lives of celebrities are always in the spotlight for their fans. It happens more than often, that these celebrities are going to face criticism and love both from the public. This is why many celebrities and stars are trying to win the appreciation of their fans. Nida Yasir too is fond of her fans, but sometimes haters seep their way in to cause damage. 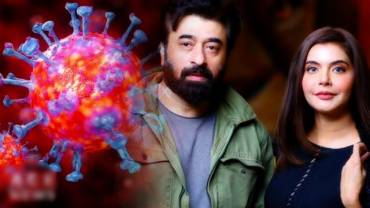 Nida Yasir is back

Unfortunately, though, this bubbly and good-natured star was also infected with the deadly virus of COVID-19. In addition to that, her husband also got infected and both of them had to practice isolation. During the time period of 14 days when she was in isolation, people from all over Pakistan wrote to her.

Finally, after her recovery, she returned back to her show and was welcomed with great fervor. However, in all the joy and goodness she received from her fans, she didn’t forget the ones that broke her especially at a time when she needed love and hope. The always bubbly and cheerful Nida Yasir broke down in tears as she mentioned the horrific responses and messages that she was getting during the time of her illness.

What made her cry

She started the show with how happy she was to be well and back on track, thanking her staff, fraternity, and even the public who was very thoughtful and caring during the time period. She also said that the prayers and good wishes from many of the fans were overwhelming and very loving, to begin with. The love and concern of her fraternity and fans were giving her assurance that she is not alone. She mentioned that she is also thankful to them for supporting her and her family in such hard times.

Moving on she talked about the ways her haters were using her illness as an opportunity to criticize and ridicule her. Some even went to the extent of saying that it is a good thing she is ill broke her heart. What was more saddening was, how she was trying to hold it together in front of the camera.

#NidaYasir is moved to tears while talking about her haters who did not wish her and her family well when they were all infected by the novel virus after coming back to her morning show for the first time since her illness. @itsnidayasir.official – Video by @arydigital.tv

Illness or no illness, it is wrong to wish bad for someone especially, by saying that they die. Almost every day we get to hear many cases about suicide, depression, and anxiety. Only recently, the death of actor Sushant Singh due to depression shook the world.

Hence, wishing someone ill is in no way justifiable.

We welcome Nida Yasir back and hope she gets over the hate comments real soon because a lively soul like hers does not deserve such harshness, to say the least.