The HEC of Pakistan has been in hot waters since the pandemic outbreak. The students are both stressed and worried about their degrees and education. Universities have been closed all over Pakistan to ensure the battle against COVID-19.

HEC is furious but why

Even though the pandemic is nowhere near its end, many institutes are charging more fees to overcome the expenses of the coming semester, which is both upsetting and stressful for students as well as parents. A few days back the budget for the year 2020-2021 was announced. While a lot of sectors were given the justified funds, some of them were reduced and that is where the tale gets bitter to say the least. 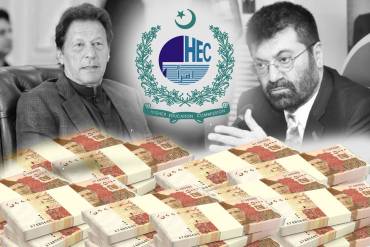 Higher Education Commission of Pakistan was expecting to get a budget of 65 billion rupees, however, due to some mistake, the fiscal budget indicated a decline of 5.90 billion rupees. Surprisingly, the chunk that HEC is demanding isn’t much and it is also for a good reason. According to HEC, most of the students need a good institution which can only be possible without making a cut in the budget.

Hence, for ensuring revision in the budget, HEC is proposing the government to look into their sexual harassment policy which promises to ensure the safety of both male and female students as well as staff members. With the name of ‘Safe Campus Acceptable Usage Policy’, the Commission is in high hopes of getting a revision in the overall budget. Most importantly, the commission is also praising HEC for tackling the issue of academic disruption through online practices. The question is, is it really wise to pat HEC for the online exam propaganda?

There have been reports of students coming on and off about how distressing the entire practice is. Is it really a charming aspect that the commission is focusing on? Especially when many universities have been pressuring their students either by suspending them or by increasing the fees?

Instead, the more important matter here is that HEC must have the budget increased. Students are already facing a great deal of trouble because of online and digital classes. Most of them don’t even have the facilities to operate the modules. However, the demand for the budget cut is legit. It will allow the Higher Education Commission of Pakistan to operate more openly. In other words, it will have a freehand on how to cater to the different difficulties, the students are facing.

We hope that the policy is brought under consideration, and HEC gets the amount that was previously cut. It will ensure the steadiness and growth of the educational sector by promising prosperity for students of Pakistan in the near future.