Indian rising star Sushant Singh Rajput was found dead at his home in Mumbai on Sunday. Police confirmed he committed suicide, local media reports. He was 34. The police think the case is suicidal as of now.

Sushant seemed to be one of the jolliest and happy actors in the industry, to even have a speck of doubt that he might be facing depression is a surprise to many. It is saddening to see that people who might be having inner turmoils may go about living their lives hiding it, or perhaps sometimes even succumbing to the pain. However, what is more, painful is how people are forced to make that decision. Maybe, at the end of the day, they are the ones who choose to end their life.

Although, when it comes to analyzing the reason behind their choice. We get to learn the number of rejections, the mockery, and the echoes of those they cared for the most mocking them and their decision. Sushant Singh Rajput is just one example. Oddly though, society won’t understand. No matter how many Sushants take their lives, mocking and judging someone will always be a parttime activity of the society. 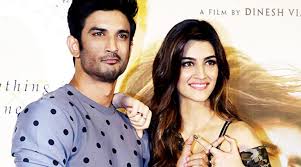 Actor Akshay Kumar and others recently tweeted his remorse and shock over the matter on Twitter. Other celebrities are also sharing their grievances and heartbreak over the matter.

Honestly this news has left me shocked and speechless…I remember watching #SushantSinghRajput in Chhichhore and telling my friend Sajid, its producer how much I’d enjoyed the film and wish I’d been a part of it. Such a talented actor…may God give strength to his family 🙏🏻

Ve a pain in my gutt as I write this,was between a fan and a friend.Such a lovely talented young man u were #sushantsinghrajput n u decided to go away so soon.condolences to the family,can’t imagine what they must b goin thru. can’t even begin to imagine wt u must ve gone thru 💔 pic.twitter.com/ojjcqcMs6U

Sushant Singh Rajput…a bright young actor gone too soon. He excelled on TV and in films. His rise in the world of entertainment inspired many and he leaves behind several memorable performances. Shocked by his passing away. My thoughts are with his family and fans. Om Shanti.

Love from across the border

Not only is the news being poorly received in India, but many Pakistanis are also feeling heartbroken to see their favorite actor who played MS-Dhoni, end his life. Actress Mahira Khan sent her hearty condolences and love to India by expressing her grievances. Heartbreak from both sides of the border can be seen after the news of his demise hit social media.

May your soul rest in eternal peace #SushantSinghRajput

A fan tweets a noteworthy thing where she says that money fame and riches can’t satisfy one’s, inner soul. And we can’t agree more. Sushant Singh was an impeccable actor, who performed each of his roles with determination and pure dedication. He was a generous friend and will always be remembered for his notoriety and charisma.

This is unbelievable! Saddened to hear this news. He was my fav💔. I feel so baddddddd.
One thing to be learnt from #SushantSinghRajput demise. Fame, money, luxuries can't satisfy the inner soul.
May his soul rest in peace.. pic.twitter.com/JCWP1vuNVv

Is killing oneself the only way to let go of the pain. And how many souls would be enough to give the message?

Depression is a terrible mental illness that kills a person from within. Stories of many profound have died down as they succumb to the inevitable control of depression over them. Not only this depression is becoming greater and more common day by day. It is a vindictive form of mental illness, that pushes a person to feel vulnerable to the environment around them.

It is very sad to see such a rising star as him to have such a terrible end. And anyone who is facing depression around the globe, may he or she find the strength to battle it. Most importantly, mental health is sensitive and important. Many people are battling depression, all we can hope for is that they don’t fall, they win and depression fails.

Board Exams Have Gotten Cancelled But What About Universities?
OPPO Launches The Super-Fast F-15 Phone Which Is Now Available On Order
To Top