The esteemed name ‘Muhammad’ has made it to the top 10 most popular baby names of 2019 in the United States, for the first time. Although Muhammad was always there in the BabyCenter’s lists; it was quite far off from the top 10. After releasing the list this Wednesday, Baby Center said, “While non-Muslim families have a seemingly limitless range of possible names to choose from, tradition is still very important for Muslim families, including the custom of naming a son after the Prophet,”.

Indeed that is true. The significance of the name of the last Prophet Muhammad Peace Be Upon Him, is undescribable nor measurable. Moreover, it is nothing short of a privilege to be able to name your child after the greatest man that ever walked the earth. Muslim communities at large prefer to name their boys Muhammad following by a unique name, to complete the identity. 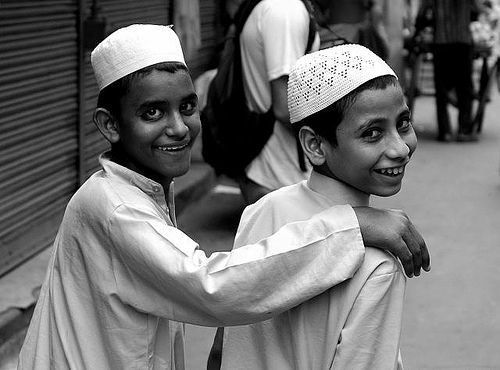 Moreover, according to BabyCenter, the name would have gained a better top spot if the many variations of Muhammad’s spellings were also counted. According to the Social Security Data, Muhamamd climbed from 620 in 2000 to 345 in 2018.

The revered name made it to the top 100 popular names in 2013 and since then has been rising, steadily. Muhammad made a 29% hike in popularity in 2018; which is considerably a lot. For the non-Muslims that are not aware of the religion and its last Prophet, might become curious to know why so many Muslim parents choose this name.

However, considering Islamophobia that prevails, the majority non-Muslims in the US have an idea about Islam; although not quite the version that is true and factual. Otherwise, the Islamophobic crimes against the Muslims would have reduced. In order to tackle this issue, the Muslim community has been making their individual efforts. However, the Muslim leaders have turned a blind eye and haven’t done any progress in battling Islamophobia.

He has been the only Muslim leader so far who has united the leaders of Malaysia and Turkey against Islamophobia. It needs to be stopped and Imran Khan has come with an effective strategy that involves a dedicated anti-Islamophobia channel. This channel will not only promote the real world of Islam, but also denounce the myths, notions and ridiculous claims against Islam.

It is absolutely beautiful to finally see the name Muhammad in the top 10 lists of a non-Muslim country. Hopefully, this will urge others to really read into the truth that Islam offers.