Easypaisa Brings Back A New Rendition Of The Classic Song "Babiya"!

The world of marketing and advertising is perceived to be simple from the outside world. However, if we look at it a bit closer, it is indeed more convoluted than you can ever imagine. It is really a difficult task to get the message across and in a way that grabs the attention. This is where most of the marketing stints fail.

It is very rare and in fact, an achievement to hit all the right chords while advertising your product. The recent hype building attempt for the new Easypaisa App did exactly that. The TV commercial which aired about a week ago featured a rendition of the famous “Babiya” song by Sajjad Ali.

The magic of “Babiya” brought back by EasyPaisa:

The TVC which was aired about a week ago literally performed beyond expectations; garnering a total of 15 million views in just a week and still counting. The commercial has taken youtube by storm. The advertisement which runs for about 1-minute shows a man dancing to the tunes of the “Babiya”. His movements seem so chill throughout the song! It’s like he’s teasing “the viewers” to dance with him. The songs literally does that!

Let’s have a look and see what all the hype is about!

The song became an anthem!

We all remember the famous “Babiya” song by Sajjad Ali. The song which came back in the ’90s was a chartbuster and loved by the young generation of that time. The new rendition of the song is also very rejuvenating. The groovy tunes and the way that it intices us to shake a leg is what makes this song so legendary. 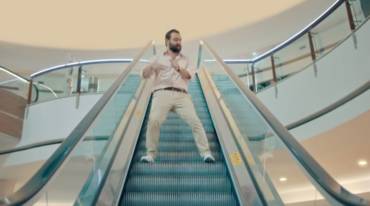 The overall feel of the song is also very nostalgic. Added by the ever so magical voice of Sajjad Ali, the song throws out a vibe of a time long gone. Every tune just makes you wanna dance. As soon as the video was released it became a sensation. An instant hit that we cannot stop listening at the moment. The one minute video wasn’t enough because fans started asking for more! People were really showering the comment box with love and the like button literally went off the rails.

Here’s a look at some of the comments:

To our relief, EasyPaisa has answered our calls!

We heard you!Your comments and requests did not go unnoticed. The legend @SAJJAD ALI OFFICIAL has a special announcement for you all! Stay tuned!

As soon as we saw this post our anticipation only grew with each passing moment. Today the 6th of December the song we were all waiting for was released and my word, its got that groove that will make you dance for eternity. The beats and the magical vocals of Sajjad Ali literally forces us to shake to the beat.

Let’s Have a look at the full version:

Easypaisa literally has brought magic to our ears yet again. The colorful lyrical video also goes hand in hand with the natural vibe of the song. Happy, ecstatic and outright fun. Sajjad Ali truly is a legend, his presence here has elevated our experiences as a listener. This song is destined to be the anthem of the youth.

Abdul Rauf, A Teacher From Sialkot Who Aims To Educate Our Future Scientists!
‘Muhammad’ Is One Of The Top 10 Most Popular Baby Names In The US!
To Top