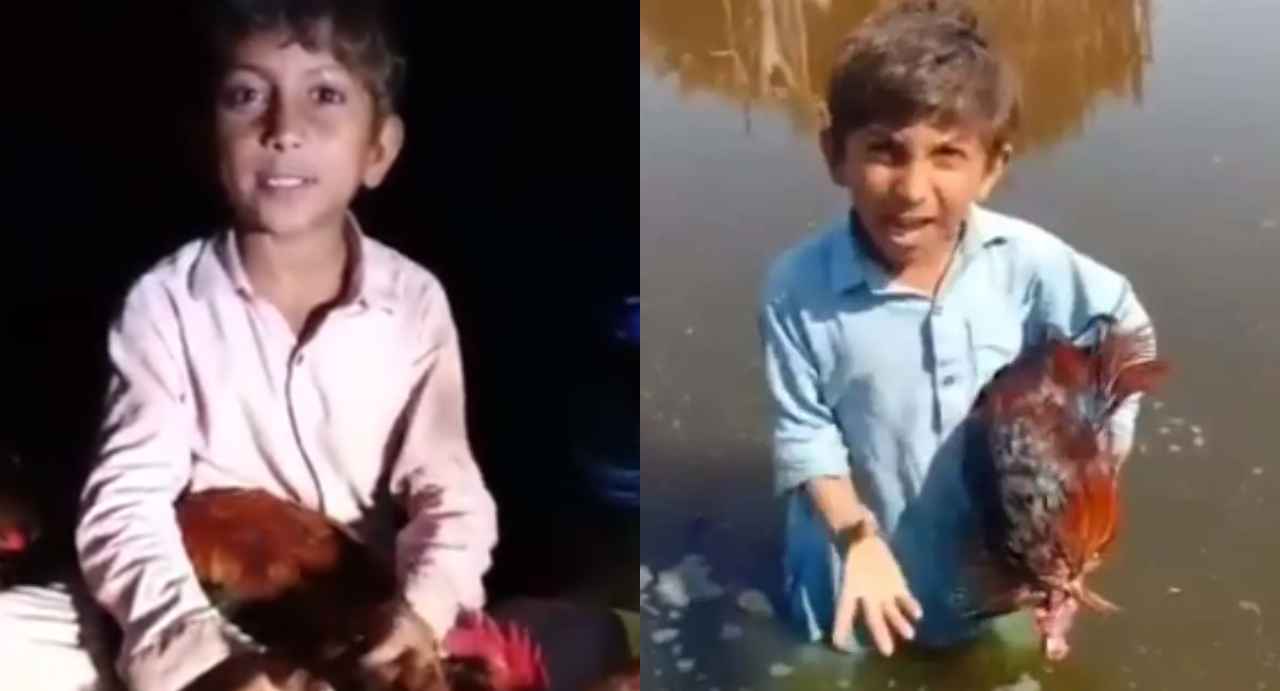 You might have come across a video where a kid from interior Sindh was seen crying and screaming saying Mera Kukkar Mar Gaya after his pet rooster died, Iqrar-ul-Hassan reached him out and helped him.

The ‘Mera Kukkar Margaya’ kid has gone viral after he was seen ranting about how his pet rooster died due to bad sanitation and unhygienic water, Iqrar-ul-Hassan’s help cheered him up.

Apparently, the rooster died due to drinking the unhygienic water. If domestic animals could not survive the dose, imagine how it would affect humans.

The frustrated kid complains about the dirty water which killed his rooster. While ranting and raving about the flood, he talks about how there is no clean water to even drink.

The kid then started to blame Bilawal Bhutto and PPP for the poor condition of Sindh. However, the heartbroken kid, is now smiling once again.

All this, thanks to Iqrar-ul-Hassan. The journalist who boasts his investigative reporting through Sar-e-Aam, sent gifts for the little kid, including three roosters.

Not only did Iqrar-ul-Hassan send three roosters for the kid, but he also sent him other gifts and snacks to cheer him up.

The kid goes on to thank Iqrar for his generous consideration, while also gifting him with a traditional ajrak as a thank you gesture.

On the other hand, Pakistan Army officials also reached the kid and helped him out with supplies and ration. Moreover, they also committed to helping the kid in the future.

This is just one incident that shows how powerful social media is in today’s day and age. Well done Iqrar, it was great seeing the kid smile.

Old Couple Filmed, Forced To Commit ‘Adultery’ On Motorway By Unknown Suspects
Azerbaijan: A Country Where National & Moral Values Are Protected And Religious Tolerance Is Highly Ensured
To Top