WATCH: Man Brutally Tortures Traffic Policeman For Asking To Move His Car From 'No Parking' 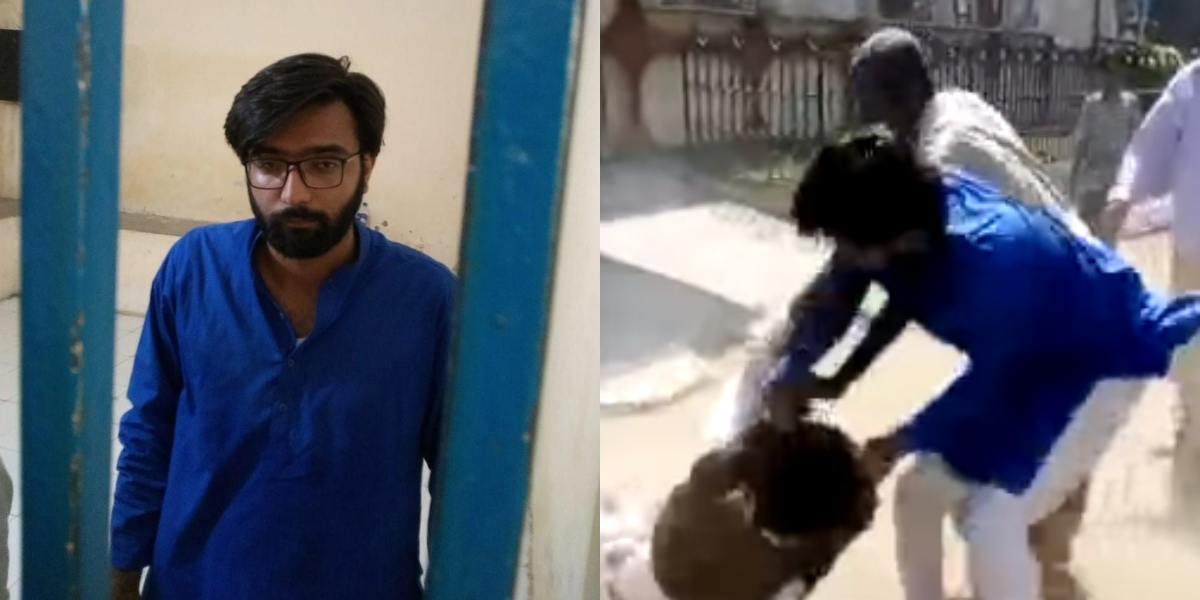 In Karachi, parking of vehicles in no-parking has been an area of significant concern. Despite being consistently warned by the police for abstaining from parking vehicles in the no-parking zone, many citizens still park their cars and motorcycles in restricted areas.

Huge traffic jams occur at various times of the day and night because of parked vehicles blocking roads and leaving little to no room for other cars to go through. People abuse one another for unlawful parking, resulting in big fights.

Within the context of no-parking, a citizen in Karachi beat the hell out of the traffic inspector when he was asked to not park his car in no-parking. During the fight, he grabbed the jacket of the traffic police and threw him to the ground.

The angry citizen kept saying that his father was a high-ranking officer in Sindh Secretariat. The traffic policeman and the man were then separated by the people in the surrounding area.

This fight due to no-parking is not the first incident in Pakistan where an influential citizen has abused his power. A rogue woman claiming to be a ‘Karnal Ki Biwi’ created drama on the Hazara Motorway in Khyber Pakhtunkhwa (K-P).

The reason was that the policemen stationed at the Motorway did not let her break the rules. The woman was forcing her way out of a blockade, as the police party had the instructions of not allowing anyone to move.

In a similar incident, a man claiming to be a colonel tried to overpower a traffic police when they tried to stop him. He also threatened them with his status and power. But, the police took their stand for what’s right.

It is unfortunate to see that influential people in Pakistan abuse their power. Not only they abuse their power but they also threaten police officers that are trying to work diligently. It is our duty as citizens to comply with the law and cooperate with our fellow officers.

First Edition of Red Bull Half Court in Pakistan!
Sheheryar Munawar Reveals He Was In Surgery For Two Months After A Deadly Motorbike Accident
To Top