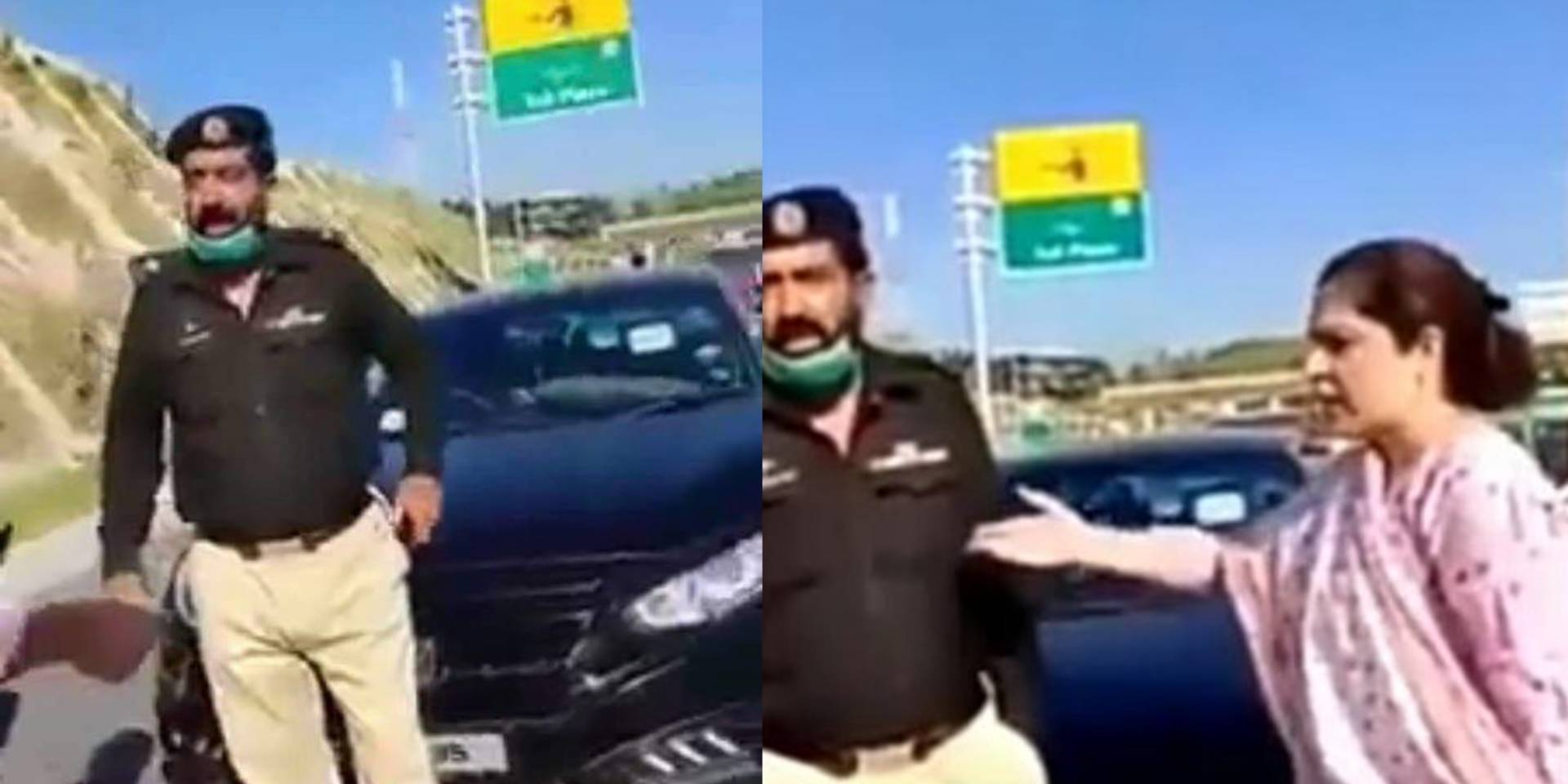 Recently a rogue woman claiming to be a ‘Karnal Ki Biwi’ created drama on the Hazara Motorway in Khyber Pakhtunkhwa. The reason? The policemen stationed at the Motorway did not let her break the rules.

Rather than being cautious of the policeman video recording the whole event the woman could be seen forcing her way out of a blockade, as the police party had the instructions of not allowing anyone to move.

Police Constable Shams (reportedly an ex-army man now working in CPEC as police) and ASI Chanzaib (Retd NaibSl Subaidar) bravely led on with their duty without being intimidated by the threat of a higher reference.

While social media is agitated by the #ColonelKiBiwi’s behavior they are also in high praises of the policemen and their show of dedication for the duty.

The woman misbehaved with on-duty police officers. She claimed that she was above the law. She then manhandled the security apparatus and forced the person with her to drive away.

Fortunately, the on-duty policemen were able to record the incident. The video highlighted situations they have to go through on a daily basis.

Twitterati came out in support of the fearless policemen and tweeted out some heartfelt wishes and prayers, as they performed his duty during Ramadan.

Full respect for this policeman as he is doing his duty and not lay down before them. #ColonelKiBiwi pic.twitter.com/8EnLAL1J8z

Another commended them and offered a salute to their courage and bravery;

The police party truly stood out in the whole situation as none less than heroes!

Others pitied the ‘Colonel’ for living with such an ill-mannered woman.

Members did not leave any stone unturned and naturally had to make a meme out of this situation.

The incident stood out and so unique that #ColonelKiBiwi trended not only in Pakistan but Worldwide!

May the almighty bless these strong-willed policemen so they continue to serve their country with the same dedication.

While we wait for the necessary action to be taken, we pay our humble respects to the policemen and thank them for performing their duty despite all obstructions.