India commits ceasefire violations yet again as an 18-year-old Pakistani girl embraces martyrdom due to unprovoked firing at the LoC. The incident took place on the Line of Control on 5th August 2020, as per the Inter-Services Public Relations (ISPR).

Apart from martyring the young girl by India at the LoC, the harsh firing injured another six civilians in the process. Out of the six, 4 were women. As per the ISPR, Indian Army troops, as usual, started firing indiscriminately unprovoked at the Pakistan side of the LOC. The firing targeted civilians in the Hot Springs Sector. 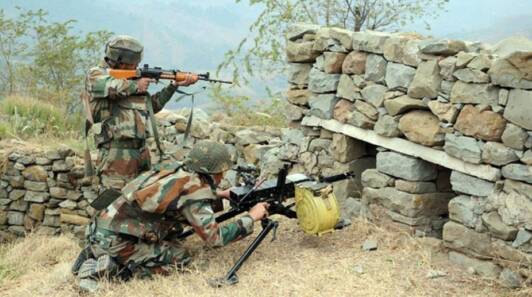 The 18-year-old girl belonged to the Fatehpur village on the LOC. Targeting women and little girls has become the norm for the Indian Army stationed at the Line of Control. In response, the Pakistan Army returned fire targeting the said posts that initiated the attack.

The Indian troops, yet again, have done the unthinkable. This is the 1877th time that Indian troops have resorted to ceasefire violations in 2020. As a result, 15 civilians have lost their lives, with another 144 injured, including 46 women.

Due to the firing, the girl who lost her life and embraced martyrdom is said to be Anila. Anila was a resident of Sehra in the Hot Springs Sector. The little girl was rushed into an ambulance and taken to a local hospital, but could not survive. This attack, taking place on Youm-e-Istehsal (August 5) is being believed to be a statement from across the border.

It seems that the only thing the Indian Army is capable of is firing at women. While their so-called and overly hyped pilots are brought down by the Pakistan Army, the anger is taken out on civilians across the Line of Control. Previously, Britsh-Pakistani boxer Amir Khan visited the LoC to have a nice ‘cup of tea’ with our troops.

Hateful Comments From Indians Show They Are Outraged Over Pakistan’s New Map
Actor Fawad Khan Makes A Crazy Amount of Money! Check Out His Net Worth
To Top