On Tuesday, Prime Minister Imran Khan unveiled a “new political map” of Pakistan to which India has showered some hateful comments. This includes Indian Illegally Occupied Jammu and Kashmir (IIOJ&K) as part of the country’s territory for the first time.

The inauguration of the new map of Pakistan to which Indians are giving hateful comments is considered to be a response to India, which launched its own political map on Oct 31 last year. Through this map, India claimed the entire disputed area, including Azad Kashmir and Gilgit-Baltistan, as part of its territory. 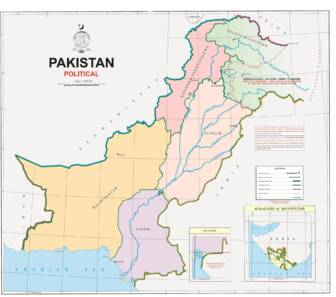 Pakistan’s new map launched after approval by the federal cabinet. The government made it public a day before Pakistan observes the first anniversary of the annexation of occupied Kashmir.

Are we smelling a hint of jealousy here with the hateful comments on the map of Pakistan?

There is a Sanskrit Saying:

Meaning, Why be Sparse When Speaking & the Same is Extended to Claims. Learn it from Your Pork Eating ABBA Huzoor, China.

LOL, didn’t India do the same last year…? why these hateful comments on Pakistan’s map now?

No more UN resolution & right to self-determination?
Finally, Pakistan's true intentions of land grabbing come out in front of the world.#PakistanExposed@Iyervval @sushantsareen pic.twitter.com/elOfTqRuld

They certainly know how to bring up religion when there’s nothing else.

And here comes the memes.

As far as we know, isn’t it India that has been suppressing the Kashmiris for decades? Looks like the pot’s calling the kettle back!

More Power to You!
To fight against terror-supporting Imran Khan.#NayaKashmir would progress twice as much,
But Imran Khan keeps sending terrorists,
To intimidate, hurt and kill people in Kashmir.

Seriously??? Isn’t it too soon to forget about MIG21?

Seriously??? These guys think that by publishing maps showing Indian territory as Pak's they think that region will become theirs. Heights of stupidity. Instead in a few years, it might happen that Pakistan will get disintegrated into different countries. https://t.co/qfL0V5c9Zu

Outraged to the core, the Indians can be seen ridiculing Pakistan. In fact, Twitter has been bombarded with such Tweets full of hateful comments from the people of India after Pakistan launched its new map. However, their hatred only makes them look sad and skimpy to the rest of the world. If India truly cared for Kashmiris, it wouldn’t have been carrying out such unspeakable atrocities there!

But the truth is…

India has been in illegal occupation of parts of IIOJ&K since 1947. Moreover, it has consistently violated UN Security Council resolutions for decades. India had been unable to force the Kashmiris into submission despite its brutal suppression for over 72 years.

Earlier yesterday, PM Imran Khan unveiled the map which claims to represent the true aspirations of the people of Pakistan. However, the government of India did not take this well. New Delhi’s strong hateful reaction and comments came hours after the release of Pakistan’s new political map, calling it an ‘exercise of political absurdity’ and ‘ridiculous assertions’.

According to the FO, Pakistan is to remain committed to the “the solution of the Jammu & Kashmir dispute in accordance with the relevant UN Security Council resolutions and the wishes of the Kashmiri people.”

WATCH: Zhalay Sarhadi Thinks Esra Bilgic Working In Pakistan Is A ‘Slap On Our Face’
Unprovoked Indian Army Firing Martyrs 18-Year-Old Girl On Pakistan’s Side Of LoC
To Top