‘Kites Grounded’, the upcoming Pakistani Movie on a life after the banning of Basant - Parhlo 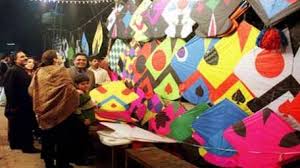 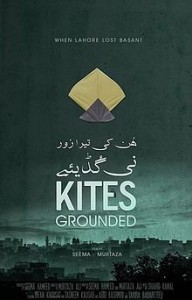 How would anyone feel if he is stopped from doing what he loves and from where he earns his bread and butter? He will be devastated and his life be ruined. That’s the story embodied in the next upcoming Pakistani blockbuster movie “Kites Grounded”.  The Pakistani culture is full of festivities and events depicting the cheerful and excited nature of lively people belonging from rural and urban areas.. Talking about Punjab, the province is most famous for many festivities, amongst those, is the ‘Basant’, the Kite festival. The unfortunate banning of Basant has left the people and the kite makers dithering. A Pakistani film maker, who had grown up celebrating ‘Basant’ decide to make a film on quandaries of kite-makers after the colorful festival was banned.

Pakistani movies have often shown different aspects of culture. The movie, ‘Kites Grounded’ (Hun Ki Tera Zor Ni Gudiye) revolves around the character of a kite-maker who earned his living by making the colorful, ritzy kites. The character is the aged Chacha Kareem played by the experienced actor Irfan Khoosat. His passion for making kites diminishes after Punjab Government passed the law of putting the ban on making and flying of kites in the year 2009.

Unlike other Pakistani movies, this movie has a different storyline. The storyline begins in the year 2009; the year in which Basant was banned in Lahore. The director Ali Murtaza was personally passionate about Kite-flying and had known everything about kite-flying since the childhood. He knew the markets where kite-makers worked, and he also knew many kite-makers personally. After the banning of Kite-flying, he came across numerous people whose lives were affected financially and socially.

Murtaza said that the movie was not entirely based on the Basant but the event was only the driving force behind the story. It’s a heart-touching story of a kite-maker whose professional was regarded illegal and the impact it had on his life.

The story is written by Murtaza and his wife Seema Hameed, who also happens to produce the film. The story is in Punjabi and the movie is shot in old streets of Lahore, where the beautiful festival and kite-making flourished over the years.

The ‘Basant’ enjoys the prominence from primitive time and holds great cultural importance t the people. The inventor of Basant was none other than Amir Khusro, who defined it as ‘a form of internal awakening’. It holds much more importance to people of Lahore than a mere kite-flying occasion. Kite-making is an activity that people have been pursuing for centuries and suddenly they experienced the unforeseen forced-stop to it.

The story characterizes the kite-maker who didn’t realize the joy of making kites until he was deprived of making kites after the ban. He, then, realized the intensity of passion in making the kites.

In the Pakistn film industry, this film is long awaited as it has already taken two years in the making. The movie’s trailer has been released on the internet. ‘Kites Grounded’ is expected to be shown in international film festivals, before it releases in Pakistan in the end of the year 2014.

The director Ali Murtaza chose the film’s cast very wisely. He said that the casting is an important yet neglected part of film-making in Pakistan. Pakistani movies could be better if more effort is put into casting. Murtaza spent three months searching for a suitable actor for each character of the movie. Irfan Khoosat happened was found after many auditions. They casted Amanullah for Irfan’s role but due to certain schedule conflicts he was dropped off from the role. The character of Irfan’s wife is played by Tasneem Kausar. Abid Kashmiri plays the role of Chacha Kareem’s friend.

Talking about perfect selection of Irfan Khoosat for the leading role, Murtaza was heard saying that the Chacha Kareem’s role is of shy person who keeps most of the things to himself, and talks less and listens more. The characteristics of Chacha Kareem reflected the nature of Irfan Khoosat and the directors chose him.

Hameed said that the festival was the cultural identity of people of Lahore, but the real consequences of banning the event could only be understood by looking into kite-makers life.

“We all partook in kite-flying; we were all very much a part of the kite-flying tradition. Everyone I would speak to, whether friends or family, talked about was how these skilled kite-makers had to give up their craft,” says Hameed.

It’s interesting to know that ‘Hun Ki Tera Zor Ni Gudiye’ has been shot at Hameed’s house in old Lahore. This movie, unlike other Pakistani Movies, is shot at the original locations and didn’t use sets much for shooting. It was decided by film-makers that language in the movie will be Punjabi, as the specific target market for the movie are the people of Lahore.

Ironically, both Hameed and Murtaza were not well acquainted with writing in Punjabi. They couldn’t write their best in Punjabi so they hired an experienced person who helped them add an originality and rawness of Punjabi into the script.

The film-makers of the “Kites Grounded” are in contact with the numerous distribution companies and hoping for a nationwide release.  We also expect them to release in Urdu dubbed-version as the event is widely accepted and connected to people living in other provinces of Pakistan. We also hope that the movie will be able to depict the essence of ‘Basant’ which is fading and losing the space once it enjoyed in cultural spheres. These all aspects make the movie most anticipated not only amongst the Lahori audience but also amongst movie-freaks and culturists all across the country.