Dear India, this time, your actors will star in our Pakistani Movies! - Parhlo With the roaring success of Na Maloom Afraad, the Pakistani audience now awaits to see Fahad Mustafaâ€™s one of the upcoming Pakistani movies, Mah-e-Meer. The movie is based on the kalaam of Meer Taqi Meer (A famous poet of the sub-continent). The movie is very well casted. Popular actors such as Iman Ali, Sanam Saeed, Aly Khan and Manzar Sehbai are also a part of the movie. Anjum Shahzad and Sarmad Sehbai are the directors of the movie; none of them needs introduction. The producers of the movie are Khurram Rana, Sahir Rasheed and Badar Ikram. 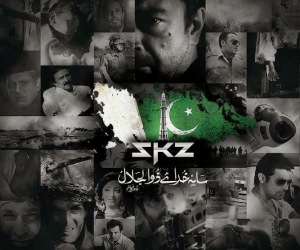 Unlike any other upcoming Pakistani movies, Saya e Khuda e Zuljalal has been made by the support of the ISPR and Pakistan Air Force. The directed of the film is Umair Fazli, whereas the producers of the film are Jehan Films and AR Productions. The star cast includes Shaan Shahid, Noor Bukhari, Resham, Shafqat Cheema Umair Sultan, Nayyer Ijaz, Arbaaz Khan and Rambo. This movie is different from all the other Pakistani movies as it guarantees to unravel those chapters in the history of Pakistan that have never been touched before.

One of the upcoming Pakistani movies Hijrat is said to be a â€œjourney that starts with faith and ends with hopeâ€. The director and writer of the Hijrat is Farooq Mengal and FM Productions has produced the movie. The storyline of the movie is based around people who were affected by the Afghan war. The movie has been shot both in Pakistan and Europe and seems to be very emotional and intense. 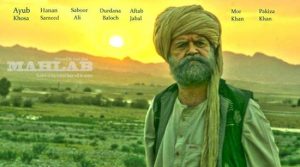 Mahlab is another one of the upcoming Pakistani movies but itâ€™s a romantic movie. The movie potrays how can love can grow in the midst of hunger and strict customs and traditions. The director of the movie is Asad Jabal and the writer is Dr. Khalid Ahmed. The movie stars Ayub Khosa , Hannan Sameed , Saboor Ali , Durdana Baloch , Pakiza Khan andÂ  Aftab Jabal. 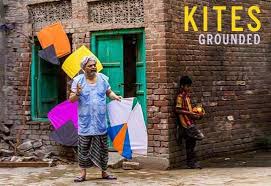 Kites Grounded is based on a very different theme from the rest of the upcoming Pakistani movies. The film revolves around the story of an old man who earned his livings by selling kites. The film potrays how his life gets affected by the governmentâ€™s imposition of ban on kite flying.

The director of Kites Grounded is Murtaza Ali, the producer of the film is Seema Hameed and Aneeza Syed is the writer of the film. The cast of the movie is not flashy but it includes some experienced actors such as Irfan Khoosat, Tasneem Kausar, Abid Kashmiri, Tahira Babar, Zohaib Haider, Sana Sehr and Razia Malik. 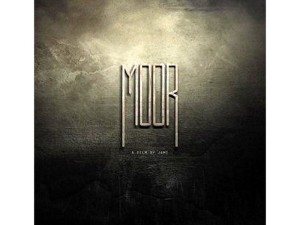 Moor is one of the Pakistani movies which are made on â€˜Motherâ€™. The word Moor in Pushto means mother. The film is written and directed by Jamshed Mahmood Raza (Jami) and produced by Mandiviwalla Entertainment.

Azaad is one of the Pakistani movies with small budgets. It does not feature a star cast but the trailer of the movie is very promising. The story line seems different from the rest. It focuses on the thought process of a serial killer. Even the tagline of the movie is more striking than the taglines all other Pakistani movies â€œNot every man is born a serial killerâ€. 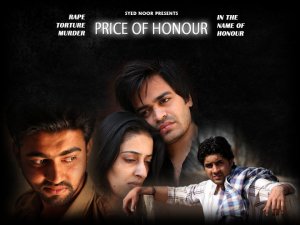 Written and produced by Afzal M. Khan, directed by Syed Noor, one of the upcoming Pakistani movies, Price of Honor revolves around a social issue. The central character is of a female whose circumstances most likely mirror the status of the lower class group in Pakistan, particularly in the rural areas. It is one of the Pakistani movies, which appears to be about the awakening of the less privileged class of the society. The trailer of the movie hints out that the movie will have the typical Lollywood touch to it.

You know you have had an awesome teenage in the 90’s if you have seen these Pakistani Dramas!
Bilawal Bhutto Zardari; be more of Bhutto, less of Zardari
To Top