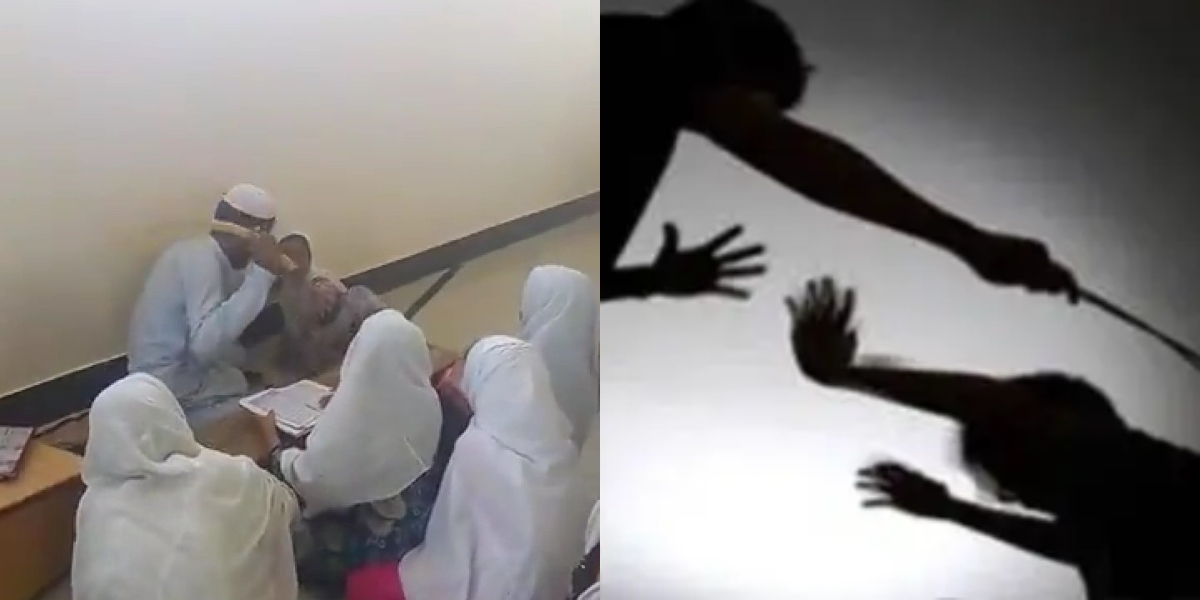 An appalling video has gone viral on social media which depicts that a qari is mercilessly hitting a young girl with a piece of thick rubber pipe in a local madrasa of Karachi. The girl is crying and screaming for help. However, the qari does not stop beating her. The terrible act of beating occurs in a room full of many other young girls who are reciting the Quran in a Madrasa of Sindh.

This inhuman act of beating a girl is not the question of just this one video or one immoral act in Sindh Madrasa. It sheds light on many other aggressive acts that stay hidden from the public’s eye. The video was recorded in Madrasa Khalid-bin-Waleed, Orangi Town, Mominabad, Zia-ul-Haq colony in Karachi.

However, many similar or quite possibly even worse acts of horror do take place in other Madrasas all over Pakistan.

WARNING: Some viewers may find the following video disturbing. Viewer discretion is advised.

Social media users in Pakistan heavily raised their concerns after the video of the incident got viral. In particular, Senator Murtaza Wahab took immediate action on this issue and the culprits are now behind the bars.

Meanwhile, this is not the first act of brutality and violence in Pakistani madrasa. Moreover, cases of sexual abuse and assault on children in Pakistan are becoming common and rampant. It is truly saddening to hear the news of minors going through torture and abuse every other day.

In July 2020, a local madrasa teacher tortured a boy orphan in Pakistan’s Battagram district of Khyber-Pakhtunkhwa. According to sources, the madrasa teacher beat the boy for not memorizing the lesson.  Two years back, a 9-year-old kid was beaten to death by his madrasa teacher.

An alarming situation for parents

As Muslims, we should ask ourselves some important questions. Is this how we are going to teach our kids about Islam, by sowing seeds of hatred and fear in their hearts? Is this behavior justified at a place where kids are trying to learn the Quran? It is unfortunate that when it comes to religion, some religious scholars are only spreading fear among children.

This is just a video of a single incident. It is possible that there are other cases that have never been reported. Within this context, these little children were lucky that someone was able to catch their abuser live on camera. But what about those helpless victims who were made silent by their parents or family, and are forced to live a traumatized life forever?