Has The Trans Rights Activist Julie Khan Been Released On Bail From Adiala Jail?

On August 10, Julie Khan, Islamabad police arrested the leader of trans-community and a social media sensation in an allegedly fabricated case. The incident took place after another transgender fellow of Julie, Rosy was beaten by unknown persons without any reason.

Other members of the transgender community claimed that Julie spoke out on the unwarranted arrest of her friend Rosy, which led to her arrest as well. Since then, the public has been calling out the police on its blatant transphobia and silencing of trans-voices. 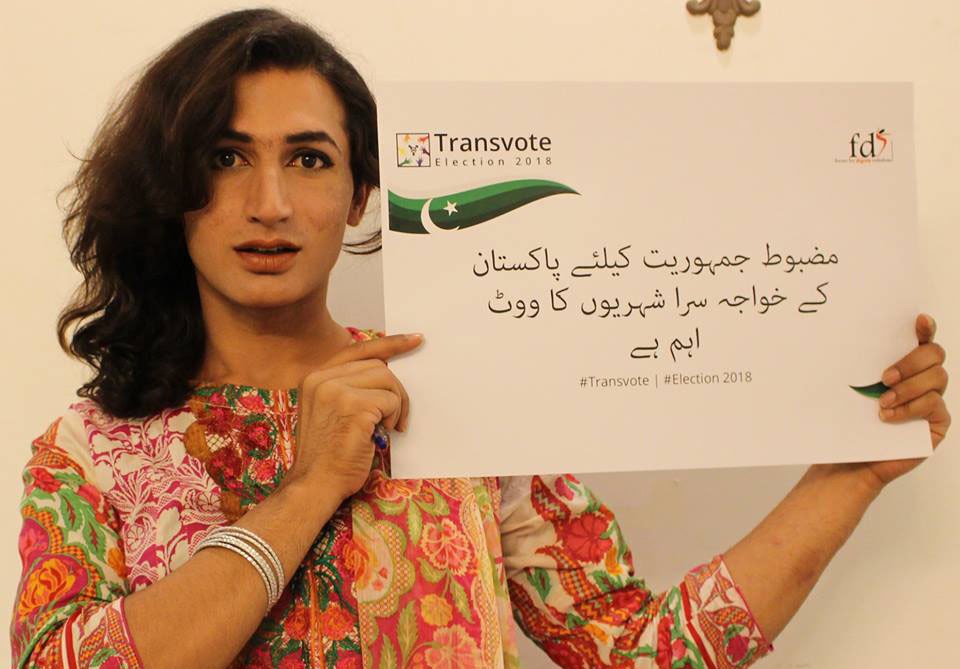 Julie is one of Pakistan’s most well-known critics of transphobia. She frequently speaks out against violence and abuse towards the country’s trans community. Especially with the help of her popular “Naked Truth” video series which were going viral earlier this year.

More importantly, she has always managed to disclose the dark realities of our society by putting forward the hardships that the trans community faces. She believes almost any human being knee-deep in social issues of Pakistan would be a victim of such hardships.

Since being detained and held in the men’s section of the Adiyala jail, she could not meet her lawyer or her family. In a statement to Independent News Coverage Pakistan, Julie’s lawyer Hassaan Niazi, being vocal about her case and the danger she is in.

“It is a life-threatening situation for her.” He added, “She has no support. She is only alive right now because of her being famous on social media,” said Niazi.

Has Julie been released on bail?

Members and supporters of Pakistan’s transgender community gathered outside of the National Press Club in Islamabad, on Sunday. They spoke out against the unlawful arrest of Julie. Moreover, the unwarranted detainment sparked the hashtags #FreeJulie and #JusticeForJulie all over social media. 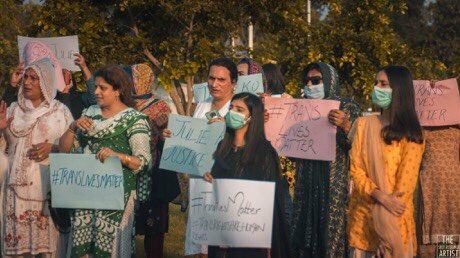 According to some activists and Twitterati, Julie has now been released on bail from Adiala jail. The countrywide social media outcry seems to have led to the move to grant her bail. In addition to this, the peaceful protests also turned out to be quite fruitful in the matter.

Although Julie was to be released on bail on Monday, the judge who had to sign her release left the courtroom without signing it. Thus, she spent another night in jail. However, lawyer Niazi and the social media users continued to be vocal about justice for Julie.

Fortunately, and as luck would have it, Julie has been released on bail. As per an abundance of Tweets, it turns out that she has been picked up by her brother from jail.

sorry *her brother went to go pick her up. but she’s out 💗

Update on the #JulieKhan case: Julie was granted bail and released home!!! 👏👏👏

But the fight isn’t over. We need to keep supporting her and her fight for justice and equality ✊ Power to you, Julie 💪❤️ https://t.co/rUY1uiem0e

Finally, #Julie has been granted bail, here is how people reacted to the news.
TCM thanks every individual for playing their part in raising the issue and helping #Julie so justice can prevail. 2/2 pic.twitter.com/P9pImjUL00

As can be deduced from these tweets, poor Julie is now finally free from men’s prison, and the brutality. However, despite being out on bails, she has not been set free from the so-called charges.

Nonetheless, her being home is a great accomplishment. We can finally breathe a sigh of relief and hope that Julie gets her deserving justice!