Here's What Islam Says About Suicide And Depression

According to the Cambridge dictionary, suicide is defined as “the act of killing yourself intentionally.” Each year, around 800,000 people commit suicide in the world, as per a study. The relevant questions arise here is why one chooses suicide? What does Islam say about suicide and depression?

Alarmingly, depression is the leading cause of suicide. Any kind of mental illness, gloominess, anxiety, guilt, or post-traumatic stress disorder (PTSD) are some of the prime causes of suicide. Besides, difficulties in relationships, drug abuse, and severe confusions are the secondary causes of suicide. 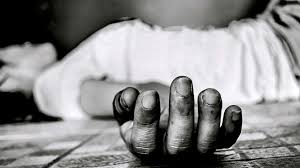 What does Islam say about suicide?

Islam discourages suicide on every basis. The religion of peace, says, “And do not kill yourselves, surely God is most Merciful to you.” — Qur’an, Sura 4 (An-Nisa), ayat 29.

Hence, Islam is not only against suicide but also gives a verdict against those who commit suicide.

Why does Islam discourage suicide?

Islam is not only a religion but a deen (a complete way of life). Therefore, how does a religion, which means peace and which showcases a way out for every problem can encourage suicide? In Islam, Hopelessness and despondence, which is the significant cause of depression suicide, is forbidden (haram).

Allah says in the Quran, “O creatures of God, those of you who have acted against your own interests should not be disheartened of the mercy of God. Surely God forgives all sins. He is all-forgiving and all-merciful.”

Studies suggest most of the people who commit suicide are grilled by the emotions of religious guilt. A person after making a sin becomes hopeless of Allah’s mercy and feels empty which leads him to commit suicide Besides, to have forgiveness some people reach to extent of self-harming which is also discouraged by Islam. Allah says in the Quran:

“O ye who believe! Turn to God with sincere repentance, in the hope that your Lord will remove from you your ills and admit you to Gardens beneath which Rivers flow …”— Quran, Sura 66 (Al-Tahrim), ayah 08.

Allah’s Apostle said, “Every son of Adam sins, the best of the sinners are those who repent.” — Sunan al-Tirmidhi, Hadith no. 2499.

Allah’s Apostle said, “Allah is more pleased with the repentance of His slave than anyone of you is pleased with finding his camel which he had lost in the desert.” — Sahih al-Bukhari, 8:75:321.

Allah’s Apostle said, “By Him in Whose Hand is my life, if you were not to commit sin, Allah would sweep you out of existence and He would replace (you by) those people who would commit sin and seek forgiveness from Allah, and He would have pardoned them.” — Sahih Muslim, 37:6621.

There numerous hadiths and quranic verses regarding forgiveness and repentance in Islam. These sayings give hope to the sons of Adam and Daughters of Eve. Humans are not perfect sins happen but it does not mean one can go to the extent of suicide. There is always a way out.

Islam about depression and its cure

Islam as a perfect and complete religion ascertains several ways to curb depression. Depression, as mentioned above, is caused by despondence and hopelessness, is dissuaded in Islam. 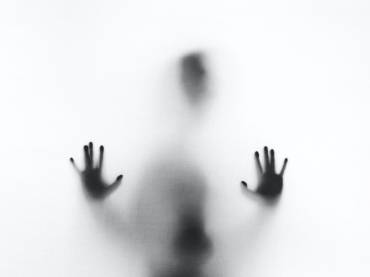 Islam stands on five pillars: Tauheed (Profession of Faith, the oneness of God), Namaz (Prayer), Zakat (alms) Roza (fasting), Hajj (pilgrimage). The foremost pillar is Tauheed. When one has faith in Allah, he becomes fearless. He then knows, nothing is beyond the realm of Allah Almighty; whatever is coming in his way is from Allah.

In the Quran, Allah says, ” (10:62) Oh, surely the friends of Allah have nothing to fear, nor shall they grieve – (10:63) the ones who believe and are God-fearing.” This means those who rely on Allah, those who truly follow the path of Prophet Muhammad (PBUH) are never petrified nor sad let alone depression.

Similarly, there is a beautiful Surah in the Quran which is a cure for depression. Reportedly, the surah was revealed on Prophet Muhammad (PBUH), when he was dejected. There had been a quite long time No verse was revealed on the Prophet (PBUH) and he felt depressed. Besides, the condition of Islam and Muslims was not good at that time. These all circumstances saddened Prophet Muhammad (PBUH). Consequently, Allah revealed Surah Duha/ Zuha.

By the forenoon (after sun-rise);And by the night when it is still (or darkens);Your Lord (O Muhammad (

)) has neither forsaken you nor hated you. And indeed the Hereafter is better for you than the present (life of this world).And verily, your Lord will give you (all i.e. good) so that you shall be well-pleased. Did He not find you (O Muhammad (

)) an orphan and gave you a refuge? And He found you unaware (of the Qur’an, its legal laws, and Prophethood, etc.) and guided you?And He found you poor, and made you rich (self-sufficient with self-contentment, etc.)? Therefore, treat not the orphan with oppression, And repulse not the beggar;And proclaim the Grace of your Lord (i.e. the Prophethood and all other Graces).– Surah Duha

The Surah cleary showcases. Allah never leaves his servants. One can get several meanings from concentrating on this surah. It gove hope; it empowers one and it strengthens one’s belief.  Besides, Allah says, ” For indeed, with hardship [will be] ease” (Quran 94:5). Moreover, ” No soul is burdened beyond his control”- Al Quran.

In conclusion, as per the religion of peace, Suicide is Haram and can be dealt with. Above all, the only thing one needs is piety and firm belief in Allah Almighty.