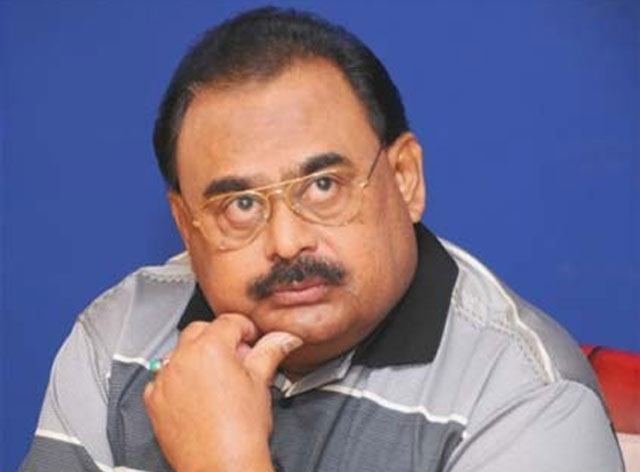 There are two reactions when one hears the word ‘Altaf Hussain’, beg your pardon we hardly hear Altaf Hussain, rather ‘Altaf Bhai’. I won’t dare comment much on Altaf Hussain’s politics. The life is dear to everybody. But, I will certainly acknowledge him for the entertainment he provides.

Not being sarcastic to bit, I truly love hearing Altaf Hussian speaking. May be it’s his growling or it’s his jokes that attract me to listen to him. But, one thing I truly like about Altaf Hussain is his surprising capability. His dance surprises, jokes, and body language are nothing less than the full on-entertainment.

People often call him drama queen, but I believe he is an entertainer. I wish he could host a comedy show, I bet he would have introduced new flavor mockery and satire which we remain deprived of till today.

Well, here are few of Altab Bhai’s funny videos. If you’re Altaf bhai’ fan, you must have watched these but we have compiled all his funny videos. After watching these we may get to know whether our beloved Altaf Hussain is an entertainer or a drama queen.

This one is Altaf Hussain’s one the best performances ever. This is 4 minute snippet of Altaf Hussain historic jalsa in Lahore. Altaf Bhai begins with saying ‘hello’ to his follwers. But, as just you might have guessed, there is more to his hello as Altaf bhai sings complete song. It’s epic when his slow chords and rhythm turns into wild loud voice saying ‘Salaam Salaam…’. Altaf Bhai, thank you!

This one is epic. Altaf Hussain’s sense of humor is great. One couldn’t stop laughing once he listens to Altaf Bhai’s famous Chooran video. Altaf

bhai gets nughty when he says, ” Kaye ke liye ardi utaro kya dekhna chahte ho”. Altaf Hussain brings out these brilliant connotations from no where and that’s an amazing trait to have. Altaf Hussain, I just want to tell you i heard the word Chooran from you, tried it, and have been having since then. Thank you, Altaf Hussain Bhai.

In this one Altaf Bhai is seen ridiculing his political rivals Asif Zardari and nawaz Sharif. He sings the ‘Bambino Bambano..’ taking Asif Zardari to troll then he fusions his tune by singing other lyrics ‘Raiwind raiwind..’ mocking Nawaz Sharif. Altaf Hussain Bhai’s vocal chords are as amazing as they usually are. Altaf Hussain Bhai looks more fat in this video, well one can think of the effects of depression he may be going in London. Nevertheless, Altaf  Hussain Bhai’s little twist dance is as flashy as it was before.

Altaf Hussain Bhai may be ferocious at his political rivals but he is always up to profess his love to supporters. Altaf Bhai loves his followers so much that he utters ‘I love You’ numerous times. Well, we will suggest Altaf Hussain Bhai to return back to his supporters. We say this only because we love you too Bhai and miss you.

Oops! Altaf Hussian bhai gets a bit too harsh at times. This is quite a long video which may not have quick crackers of Altaf Bhai but his seemingly high tone taking Imran Khan to toll. Altaf Bhai loses some abusive words out of his mouth. We will give you benefit of doubt Altaf Bhai, he might not be addressing Imran khan. Well, it’s hard to decide whether Altaf Hussain is an entertainer or a drama queen however; I leave upto you guys to decide after watching the videos and not take anything personally, as it was meant to bring smile on your faces. We all love you Altaf Bhai!