Dharna in the name of Democracy! 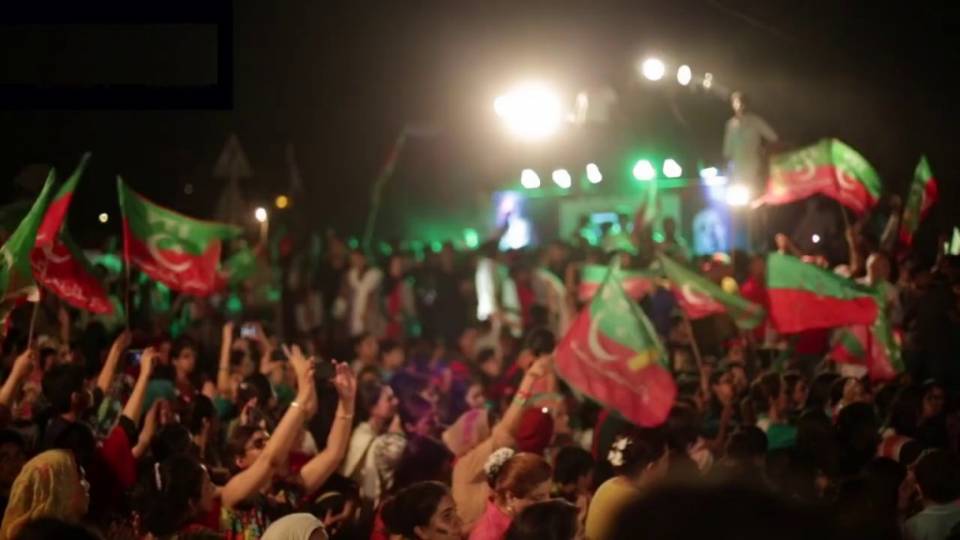 Imran Khan, PTI Dharna – History in the making of Pakistan!

With groups of people jamming the roads for hours, ‘dharna’ today has almost become a culture in Pakistan. Though everyone has a right to voice their concerns but they should not make life miserable for others. Blocking busy roads and highways for a number of hours disrupts the traffic and results in a number of problems for people at large.  Even if the protesting parties reserve a place for these ‘dharna’, it disturbs mental peace and tranquility. But is the dharna culture ‘a must’ for maintaining a democratic structure in Pakistan?

However, it is true that an election alone cannot make a Democracy. A lot of hard work is required to ensure democracy in a country. It will be foolish to assume that elections are a good practice, just because you have tolerated military dictatorships long enough. 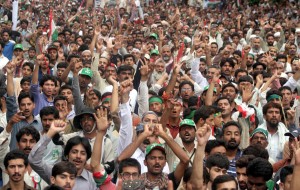 Would it be safe to proclaim Pakistan as a democratic state when it is on the verge of self-destruction? Does a ‘dharna’ signify a nation to be democratic? Undoubtedly, dharna is a practice to register ones voice, but why everyone has closed their eyes to the cause of this dharna?

“The elite in Pakistan expect a Jeffersonian democracy to emerge overnight,” says the seasoned political scientist, Mr. Shabbir Cheema. He further added: “And in their assessment and criticism of the present government I think that their standard is too high. Give some credit to the gains.” 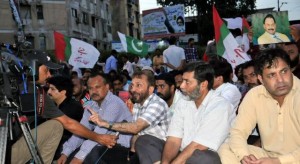 While speaking on the concept of democracy in Pakistan and the emerging trend of ‘dharna’, political scientist Shabbir Cheema said that when it comes to evaluating democracy in Pakistan, the public and the media need to consider both angles, the positive side and the negative side. Commenting on the recent trend of dharna, and the merits and demerits of dharna, Mr. Shabbir Cheema said that ‘dharna’ does create awareness among the masses and actively engages them, on the plus side. On the contrary, it adds more to the uncertainty budding in the society by making it difficult for the government in power to handle the people. 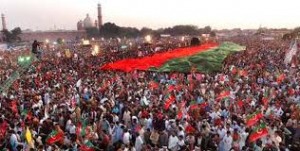 Now the question is how can one tell if a country is truly democratic or not and what are the factors which determine it? Voter turnout, share of vote for the political party and public opinion surveys can are key indicators.

The process of democracy completes when these is a consensus between all the parties as to how to produce an elected government. Democracy is achieved in the real sense when a political party comes to power as a result of popular and free vote. A country can be declared to be democratic if the government has actually the authority to make new policies and the judicial, administrative, and legislative authorities have no more the need to share power with other bodies. 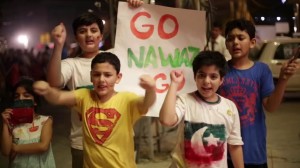 Pakistan went through a democratic transition in the year 2013, but it cannot be assumed to be a consolidated democracy. That is the reason why every other political party is doing ‘dharna’ all across Pakistan. Presently, the nation should have been able to say that democracy is the system that Pakistan supports which means that there are no threats to the government being overthrown.  True democracy supports everyone to work on severe political and economic crises in a democratic way. That is the reason why Shabbir Cheema said that to return to ‘dharna’ and the reality that the ‘dharna’ frizzled out more or less was healthy and moved on to the phase of mobilizing citizens in the constituencies on altering the electoral process, which was the right step to take. In the end, he said that a lot of amendments in the constitution are not good for the government as well as the nation in particular.

5 Times That Altaf Hussain Bhai Entertained Us More Than Amir Liaquat
Pakistani Movies: We Bet You Did Not Know! Outlawed in Pakistan wins an Emmy Award!
To Top