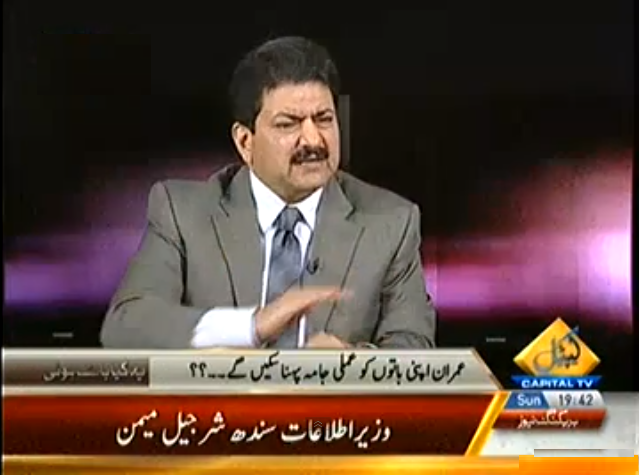 Pakistani political parties have always been famous for arranging dharna, but PTI has left all other parties behind. Since many months Pakistan Tehreek e Insaaf (PTI) has conducted a number of dharna(s). The dharna is a way for Pakistan Tehreek e Insaaf (PTI) to ask the government to constitute boards and commissions to look into the electoral fraud in the four constituencies. The very first dharna began since the 2013 election results were announced.

PTI’s initial dharna was to force the government to reexamine the vote count, but later its dharna started exposing the Pakistan Muslim League (Nawaz) and its leaders. Imran Khan and PTI faced numerous challenged but did not stop their dharna. They did not give up despite being constantly ridiculed by the Pakistan Muslim League (Nawaz) led government and the ministers of the party.

The initial demands of the dharna carried out by Pakistan Tehreek e Insaaf was to justify how Nawaz Sharif was declared victorious on the 11 May elections beforehand, to hold re-election in 90 constituencies, and to reassess and evaluate the role of former chief justice Iftikhar Chaudhary in the elections and the caretaker government, (Najam Sethi, in particular).

Imran Khan knocked every door and continued his dharna all over Pakistan, but all his efforts failed. The government did not fulfill his demands and he along with his party members and supporter are still protesting. As per many of the analysts, hosts and journalists, the dharna by Imran Khan led political party, Pakistan Tehreek e Insaaf, changed the dynamics of Pakistani politics.

It not only made public aware and stand up for their rights, it also forced the politicians to come clean. The efforts by Imran Khan and his party PTI, uncovered many corrupt politicians belonging to different political parties of Pakistan such as PMLN. Hamid Mir in this video is also acknowledging the corruption in the PMLN.

Pakistan: Nawaz Sharif Made this Little Boy Cry Like Hell!
5 Times That Altaf Hussain Bhai Entertained Us More Than Amir Liaquat
To Top