All You Need To Know About India's Failed Attempt To Land On The Moon!

The whole Indian nation celebrated the moment with great zeal of the successful blast-off of Chandrayaan-2 in July. The entire nation then waited with great desperation for the country’s impending feat to become the 4th nation in the world to make a soft landing on the Moon.

Those cheers had died down.

The landing of the Chandrayaan-2 probe mission on the South Pole of the Moon had been termed unsuccessful.

Early morning on September 7, officials of the Indian Space Research Organization (ISRO) unveiled the unfortunate news of its lost contact with Chandrayaan-2 vehicle that was about to land on the surface of the Moon. As a result, the lost contact made spacecraft Chandrayaan’s whereabouts unknown.

ISRO officials stated that the vehicle witnessed error moments before its landing. The lander was 2.1 km at distance from making its impact on the surface when the error became visible.

Despite the aborted Moon mission, Prime Minister Modi praised its scientists. He assured them, ‘The best is yet to come in our space program’.

Chandrayaan-2 was a follow-up of its predecessor Chandrayaan-1 (the first-ever moon mission) of India in 2008. Furthermore, in order to get a better picture of what has happened and what is this moon mission all about. Let’s dig a little deeper into the matters. 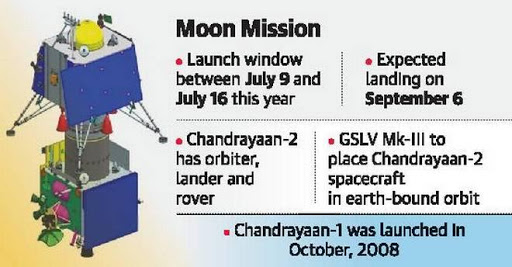 Chandrayaan-2 is the latest Indian space expedition venturing to land on the southern surface of the moon. The moon vehicle -2 was launched on 22nd July. It was hailed as the most challenging.
“The mission is the most pressing endeavour ever attempted by ISRO”, said ISRO chairman Kailasavadivoo Sivan.

The mission aimed to keep a good eye on the southern lunar surface of the moon. Besides that, looking out for water, minerals and measuring moonquakes among other things. Interestingly, it is not the first time India is aiming for the Moon mission.

India’s first maiden flight to the Moon happened back in 2008 with Chandrayaan-1. The mission had revealed that water molecules were present on the far side of the southern part of the surface.

Here’s a picture of Chandrayaan-2: a three-in-one mission comprising an orbiter, a lander and a six-wheeled rover. 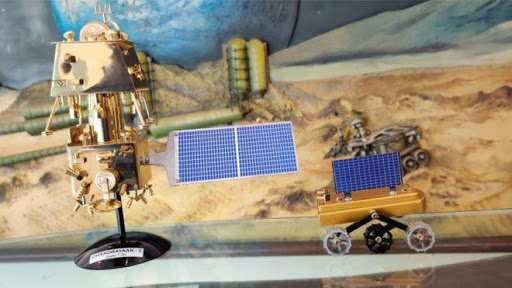 Moon vehicle 2 was called Chandrayaan-2. It has a lander called Vikram. It is named after ISRO’s founder and originator, Vikram Sarabhai. The lander was carrying a rover weighing around 27kg.

The rover was named Pragyan (a Sanskrit word meaning wisdom). It had the potential to move as far as 500m from its lander under a limited 14-day lifespan. The rover would have amassed data to be sent back to the control room for evaluations. Among several other things, the rover would have examined the Moon’s lunar surface soil.

The wheels of the rover represent Ashoka Chakra – which is the country’s national emblem. Also, ISRO’s logo is a part of those wheels too. This means that India would leave a mark of its presence on the Moons’ surface should it successfully land.

Landing on the Moon? Just How!

Just as landing on the Earth is still full of surprises and technicalities. Landing on the Moon is, even more, a complex phenomenon. Unlike Earth that has an atmosphere, the Moon has none. That is what makes it a more intricate matter.

The only possible option to choose for the lander to touch down the lunar surface is of power descent; which means to control and limit the lander’ velocity by rockets’ engines as it descends. 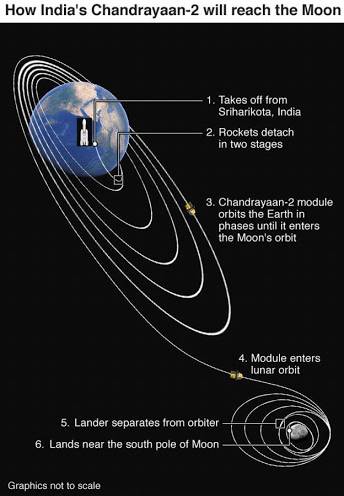 What is worrying about this phenomenon is that the engines not only have to stop the movement of the lander but at the same time ensuring descends’ rate has become zero before landing. This is called a “soft landing”.

The lander must be landed on the “sweet spot” which means land without craters and boulders. As soon as landing has been done away with, then the rover is out open onto the Moon’s surface.

Why only the South Pole?

Up until now, near-all missions of the Moon had previously aimed at the Moon’s North and equatorial region, particularly. That includes the Apollo mission as well. The southern side of the Moon remained aloof to the discovery of man and countries. 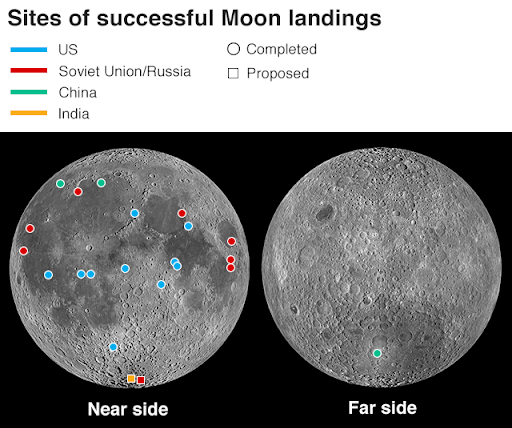 India is aiming to do what no other country has done so far. It aims to land its lander between Manzinus C and Simpelius N (two craters), far in the South.

ISRO claims that most of the Moons’ South Pole’s region remains in shadow as compared to the North Pole. And that is what makes the South Pole more interesting as water possibility gets high. Additionally, ISRO also claims that there lies in the craters an answer to the early Solar System.

The importance of the South Pole becomes more important as NASA’s impending Mission Artemis is about to happen by 2024 in that region. NASA is aiming to put its foot back on the Moon through this. Indians successful landing on the South Pole of the Moon will only boost NASA’s future endeavours.

Too many Moon Missions!

The world has been making an effort to soft-land on the Moon. The Chandrayaan-2 mission was the third attempt in this year alone to make a soft landing on the Moon. Others include Israel and China.

Though Israel’s Beresheet spacecraft mission ended with the same fate as Chandrayaan-2, China had become successful in landing its mission on the surface of the Moon this year in January.

And it is the first time a country had landed its spacecraft on the far side of the Moon. India was trying to achieve something different too by landing its mission on the South Pole of the Moon. But, the dream of landing on the Moon was disrupted as contact with the lander lost.

The space missions of India have become known for its economical nature. The Chandrayaan-2 ship has cost Indian exchequer a tiny amount of $150m; Less than many Hollywood giant flicks namely Avengers, Jurassic World 2, Man of Steel and others.

Not only that, the Indian Mars mission of 2014 was even less thrifty than Chandrayaan-2. It cost India just $74m. India has become synonymous in the space arena to do maximum effort via minimal cost.

The US space programs had cost American exchequer dearly. The famous Apollo program through which Neil Armstrong had become the first man on the Earth to land on the Moon cost American treasury an arm and a leg. The total cost of the entire program was near $25.4 billion. 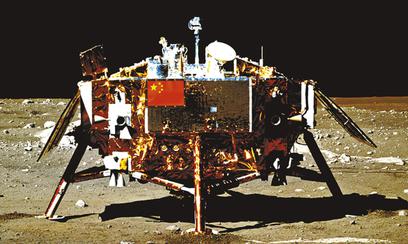 The Russian Luna space program has a cost of $4.5 billion. The Chinese Chang’e space program has also been frugal in nature similar to the Indians. Its Chang’e-1 program has cost them $180 million. For quite a time since 1976, no country had soft-landed on the Moon. China had broken that standstill by soft-landing its Chang’e-3 mission on the surface of the Moon in 2013.

What happened? Has India landed on the Moon?

It is a billion-dollar question. But still, it is a mystery waiting to be unfolded.

Chandrayaan-2 made its entrance into the Moon’s orbit safe, sound and intact. It did so by August 20th. By September 2, Vikram (the lander) disentangled itself to make the soft landing on the Moon’s surface.

Vikram was to touch down the Moon’s lunar surface on September 7. The mission staff back at the space station looked intently as the entire episode was unfolding. The nervousness and shaking of the staff grew as the lander approached slowly downwards to the surface. The staff remained stick to the screens.

Prime Minister Modi was witnessing the whole episode keenly from behind the mirror screen of the control room. The gravity of the moment inside the control room was unspeakable.

Chairman K. Sivan apprised the staff about ships’ trajectory. He told that the initial movements were satisfactory and ‘normal’. The ship passed the initial hardships of the orbit successfully. So, where exactly the problem had occurred?

The answer to the question lies somewhere between in the landers’ last moments before it was to touch down on the surface of the Moon. The error in the lander must have occurred there. Because it was a period where there was no connection between the ship and the control room.

The lander had to touch down the surface of the Moon all by itself; without any sort of guidance from the control room.

Something unplanned and unimagined must have occurred with the landing process in those minutes. The trajectory of the landing was controlled by its engines. As it was reaching close to the marked landed site, its engines fired to reduce its speed.

It seemed that the miscarriage of the mission happened because Vikram was landing way too fast then its planned reduced speed. Hence the crash was imminent.

What was the reaction that followed?

People were silent as they came to know that communication with Chandrayaan-2 has been lost! 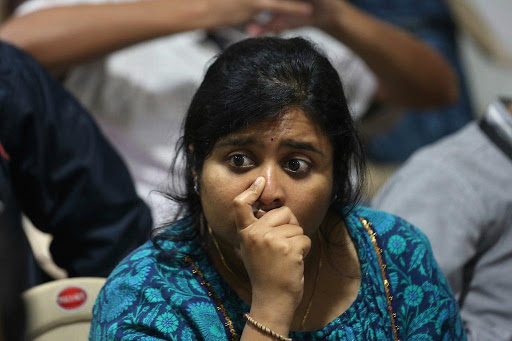 Prime Minister Modi had encouraged his scientist’s efforts. He apprised ISRO scientists that the whole nation was proud and pleased with their work.

While boosting the morale of the nation and of his scientists he further said, “We came very close, but we will need to cover more ground in the times to come”.

ISRO chairman K. Sivan had earlier called the last period before landers’ touch down on Moon’s surface as “15 minutes of terror”. He further said, “The data is being analyzed” regarding the ship’s last moments. Perhaps the terror was real.

Is India the only country to fail at landing?

India has failed to land on the Moon. But is it the only country to have failed? No, certainly not. Just this year, Israel’s Beresheet spacecraft mission has failed.

Besides that, the United States of America had failed to land its numerous spacecraft many times in the 1960s. Even several Russian Luna space programs met the same fate as Chandrayaan-2.

What would have happened had India succeeded?

A soft landing on the Moon! Who does not want it? So far, only three countries in the world have done it. That includes the United States of America, Russia, and China. All have reached the Moon’s surface. India would have been the 4th nation in the world to achieve that feat.

Making a soft landing on the Moon would have surely accrued numerous benefits to the Indian space agency ISRO. It would have opened new gates of research for ISRO’s future ventures and could have helped India’s interplanetary ambitions. 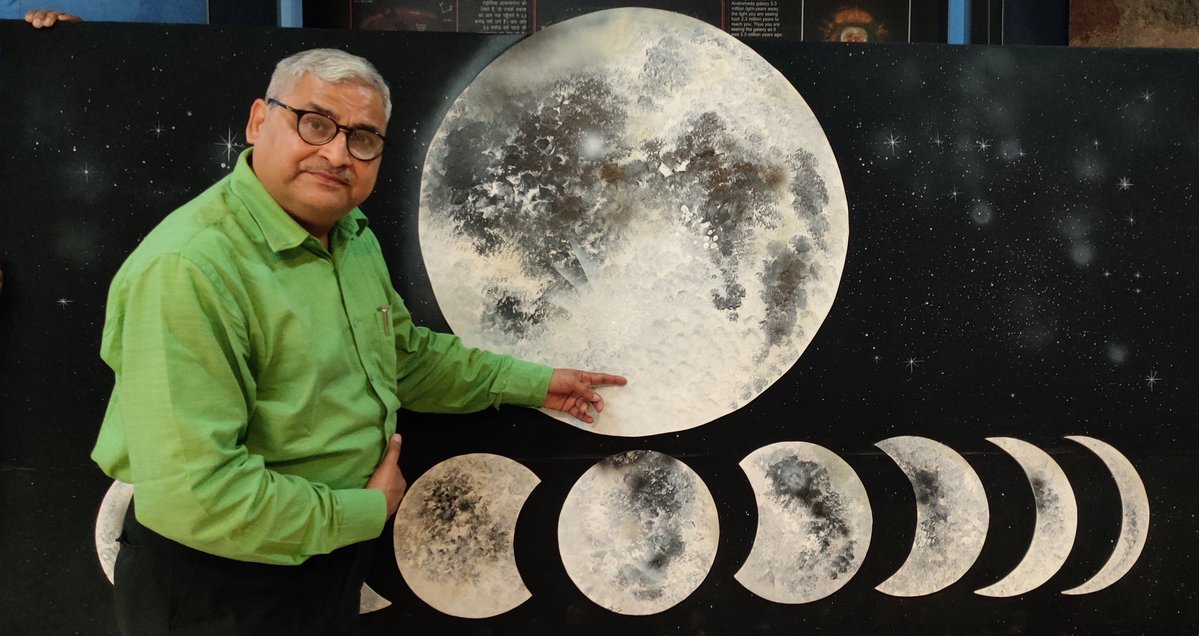 Author of the book “Reaching for the stars: India’s Journey to Mars and beyond”, Pallava Bagla believes that the successful landing on the far lunar surface of the Moon would have surely made future Indian space expeditions and space research programs a lot easier to carry out with effective far-reaching results.

He continues, “It would have proved fruitful for the country’s impending mission of Mars and, also of sending astronauts into space”.

Reaching onto the Moon’s surface is also a matter of national pride. In the case of India, certainly, it mattered. The nation took pride when Chandrayaan-2 was launched. The entire launching ceremony was broadcasted live across the nation. Pallava Bagla said, “This is all about national pride”.

The pride would have been multifold if landing would have happened. And India would have become the 4th country to do so. To have its mark left on the Moon’s surface would have surely been an esteemed feat for the country in particular and the world in general.

This is not the end for Indian space ventures, but a beginning.

Careem and MicroEnsure Have Partnered Together To Make Insurance Available On App!
This Punjabi Man Was So Furious Over His Younger Bro Getting Married First, He Blocked The Baraat!
To Top