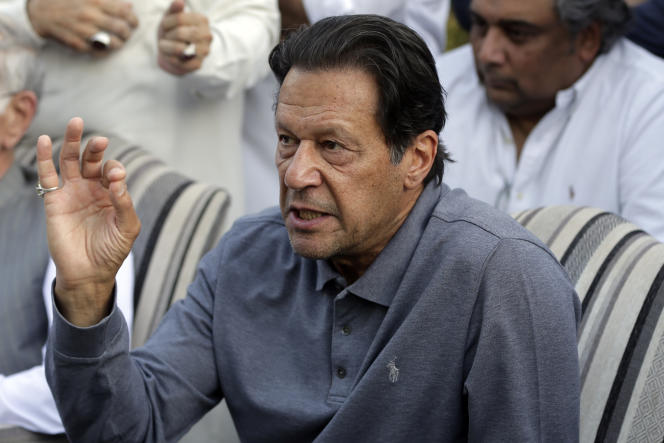 An alleged audio clip surfaced on social media, supposedly depicting a conversation between Imran Khan and an anonymous individual about the number game prior to the no-confidence motion against him.

“You have a misperception that now the number game is complete […] don’t assume this is done,” a voice thought to be Imran’s says in the audio tape.

“Don’t assume that everything has ended; there are 48 hours left in which ‘major’ changes are taking place,” Khan is heard saying in the supposed audio leak relating to the no-confidence motion against him.

According to the claimed audio, the former prime minister says, “I am making some measures on my own that we cannot make public.”

“I’ve made it clear that those five are critical. And tell them that if they get these five […] and he gets ten, the game is in our hands. The nation is concerned right now. People all across the world want us to win in some way.”

However, two of Imran Khan’s supposed audios of a talk about the diplomatic cypher have already been posted online.

On September 28, an alleged audio recording of former Prime Minister Imran Khan and his top aide Azam Khan discussing US cypher, which the PTI head claimed caused to his government’s demise, was released online.

In response to the latest leaks, top PTI leader Fawad Chaudhry stated that the tape is manipulated and that the public is aware of the source of the audio leaks.

‘Do Not Make Us Look Like Villains’, Natasha Baig Calls Out Celebrities Who Leave Industry In The Name Of Islam
Canadian University Uses Nawaz Sharif As A Corruption Case Study In Anti Corruption Lecture
To Top