Not the first time you would be coming across a title such as this, right? A lot of time, people wonder and comment, “Why take it seriously? Just delete this comment. Just don’t pay any attention to their comments. Lol, why would you even reply to such a jerk?” My question to you is, why not!

A random person, who has no connection with you, abuses you online and shares his vile thoughts on YOUR profile for YOUR friends and family to see. And YOU are told to do nothing about it? I beg to differ.

Similar to this is what happened with a girl in India. While one may wonder, “what does it have to do with our country?”, let me assure you – it happens in Pakistan as well. Why? Because we have made a habit to indicate this as “normal” and are told to “just ignore it” because “who takes the internet seriously anyway?”

In this Scenario, a Guy from Kolkata Threatened an Unknown Girl with Rape Under her Facebook Picture 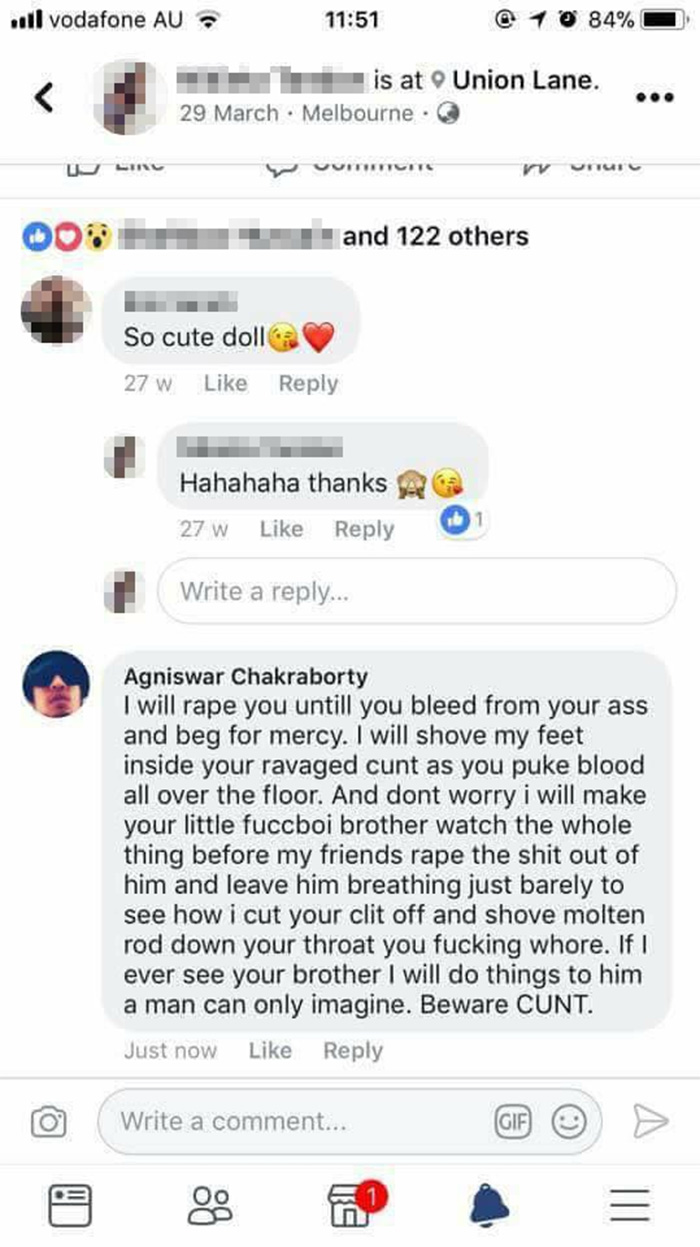 Agniswar Chakraborty stalked a girl on Facebook and made this vile comment on her post. He first made a smiley on her image, which she deleted as she did not know this individual. He then dug up her 27-week old picture and posted this rage-filled comment.

I am shaking with rage. pic.twitter.com/C3K0J5ZClh

And the Link to his Profile

Incidents like these happen everywhere – not just in India. Girls from Pakistan have deleted comments of random strangers on numerous occasions, just pay no heed to them. But do women give men this tough time to me on the internet as well? Do they take away their right of sharing their images based on such gut-churning comments as well?

A lot of people would comment, “She should’ve kept her image on privacy. She shouldn’t share her images on social media.” and why is that so? Because she is a woman who has the same right to use social media just the way this Agniswar has?

Read Also: Sarah Khan Schools A Hater On His Extremely Badtameez Comment And He Messed With The Wrong Girl!