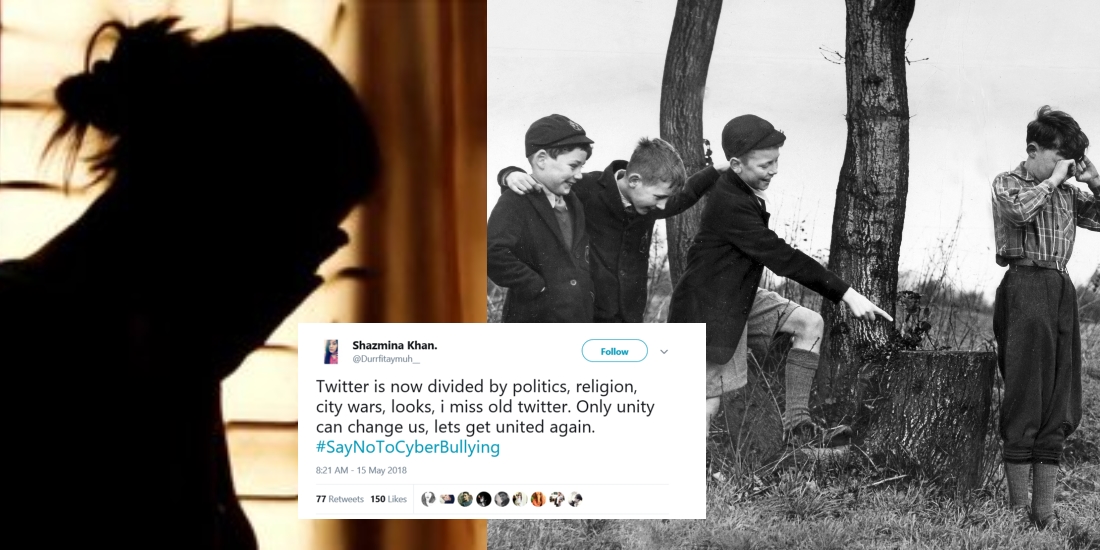 Social media has now taken over the world and majority of the people now seem to be addicted to it. Social media has indeed made life easier for all walk of lives. From a toddler to any old age human. With social media and the increasing amount of technology, not just the normal life but businesses are getting an immense amount of help which wouldn’t have been possible without it.

Since almost everyone is now seen on social media, from a layman to a businessman; social media tends to influence life in a manner that people can’t neglect it. Scientists have researched the psychological effects of using social media to the extent that Facebook likes on a personal profile of anyone can boost the “dopamine” which is a hormone for happiness.

Recently, some twitteratis got this hashtag trending #SayNoToCyberBullying and it woke up many people from their deep slumber and made them realize how much damage has been done and now is the time to eradicate it!

It is a basic rule when we give remarks about something on the internet!

Rather than calling it immature behavior, bullying is now a selective behavior of many!

Twitter is now all about trolling each other, leaking ss of personal chats and making fun of others on the basis of their looks. Why you all have become so immature? #SayNoToCyberBullying

Raise the voice to let the people know that it’s completely not okay!!

Sadly some people use social networks to tease and bully others…!
We need to keep working to eradicate it.. & its only possible in a way if we raise our voice against this.
Let’s work together against cyber bullying and #SayNoToCyberBullying

And suicide because of objectification!

Let’s have some control over this widespread hate!

If you dislike someone for no reason that doesn't mean to disrespect, degrade & humiliate that person.#SayNoToCyberBullying

Past in 2k12 when i was on facebook then this friend of mine suggested me to use twitter because twitter was really good..people use to share jokes around but now i dont ever try to interact with people anymore here because all they do is spread hate#SayNoToCyberBullying

Finally all this trollers and abusers will be stopped. All thanks to this hashtag. We were nothing without it, left at the mercy of this online mafia ?? #SayNoToCyberBullying

How hard it to just not be hateful. If you don’t like something, scroll up!! It really not that hard, try for once. You’ll feel less burdened and others will be saved from the remark.

The ‘Deen Squad’ Released Their ‘Islamic’ Version Of ‘Havana’ And It Is Absolutely Disrespectful!
Zoe Viccaji Reveals Her New Favourite Song and Leaves Everyone In a State of Shock!
To Top