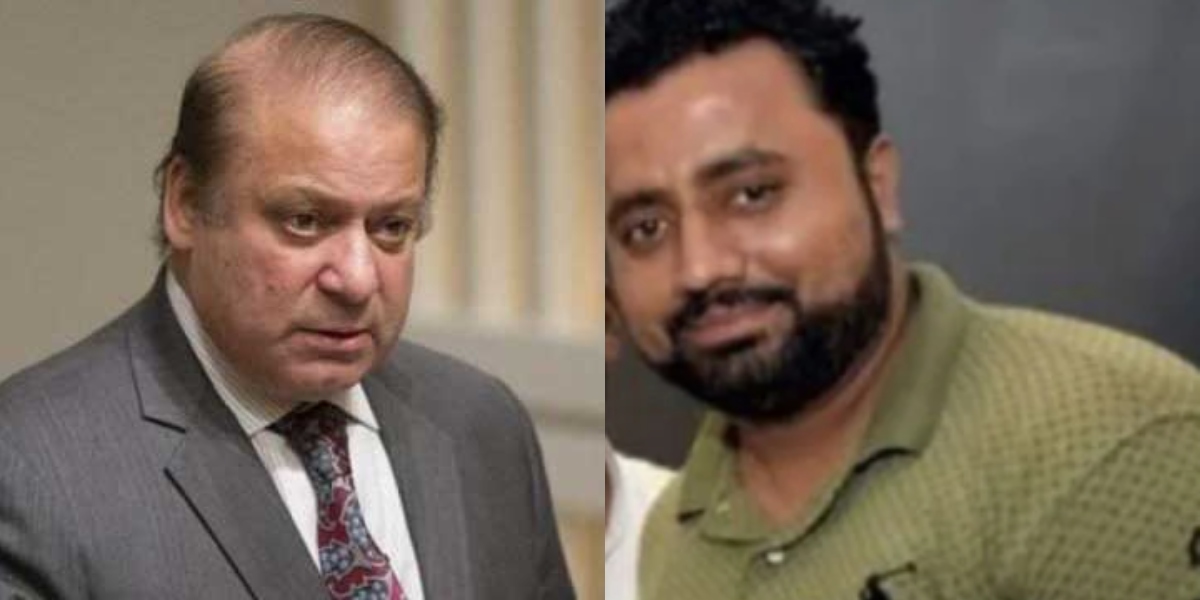 The controversy over the FIR against former premier Nawaz Sharif, AJK PM Raja Farooq Haider and 40 other leaders of the Pakistan Muslim League (PML-N) has taken a U-turn. It has now been revealed that the ‘private citizen’ complainant who filed the sedition FIR against Nawaz Sharif is a Pakistan Tehreek-e-Insaf (PTI) worker with a criminal record.

Badar Rasheed, the complainant behind the sedition case against Nawaz Sharif, is a criminal by record, according to the police. He has a criminal record, including an attempted murder charge, with cases at various police stations of Lahore.

Besides Sharif, AJK PM, and names of 40 other PML-N leaders were in the FIR. The Shahdara police registered the FIR under the sedition laws against Nawaz.

As per the FIR, Rasheed claimed that Nawaz supported the policies of India. He also stated that the former PM wanted to divert the attention of people across the world from the atrocities of the Indian forces in occupied Jammu and Kashmir. He also alleged the speech of Nawaz Sharif defamed Pakistan’s armed forces at a global level.

The complainant has a criminal history

In an interesting revelation, the Punjab Police shared that the complainant Rasheed himself has a criminal record. The complainant has cases of attempted murder, illegal weapons, and interference in government matters lodged against him. Ironically, the attempt to murder case was also in the Shahdra police station.

The illegal weapons case against Rasheed was filed in the Sharqpur police station of Lahore. On the other hand, the case of interference in government matters with the police was in the Old Anarkali police station.

The police said that Rasheed was also arrested in many cases. Moreover, he also fought an election for a Union Council chairman post for PTI.

Pictures of Rasheed along with Governor Punjab Chaudhry Sarwar also emerged on Tuesday. It was reported that Rasheed was the president of PTI’s youth wing in Ravi Town.

The Punjab government has decided to strike the name of AJK PM off the FIR. The government took the decision as the FIR against the AJK PM maybe detrimental for the Kashmir cause.

In an interview with Dawn, Punjab Information Minister Fayyazul Hasan Chohan confirmed that they will strike off the name of Haider from the FIR. However, the investigation against others nominated in the case will proceed as per law. He also dismissed reports that complainant Rasheed was a PTI office-bearer. Chohan clarified that he has no links with PTI.

Meanwhile, the government claims it has nothing to do with the FIR against Sharif and 40 other PML-N leaders. PM’s Special Assistant Shahbaz Gill asked why only one aspect (the complainant) was being discussed instead of the real issue.

Several questions were raised as to how come a SHO can register a sedition case against a former PM. To take such steps, the SHO needs orders from someone at the top in the government. As a result, the police issued a clarification statement regarding the FIR against Nawaz Sharif. They did not register the FIR on the order of the state or any state institution.

Feeling Stressed Out Due To Studies? Get Help From My Inter Academy & Manage Stress
18-Year-Old ‘Boxer Girl’ Disguised As A Boy Arrested For Stealing Motorbikes
To Top