The much-discussed JUI-F rally aimed to bring the incumbent government to its knees set out on Sunday from Karachi’s Sohrab Goth area to Islamabad. The glorious scenes of Maulana Fazlur Rehman’s army-in-the-making donning brown uniforms marching and saluting their Messiah amused the masses.

However, for the longest time, the PTI government took the back seat on this developing issue and let JUI-F continue on with their preparations. Until recently, a BBC Urdu’s senior female broadcast journalist complained about one of the Azadi March’s volunteer misbehaving with her.

Federal Minister for Science & Technology in response to her tweet, heavily criticized JUI-F. He called their supposed future government if they succeeded as the ‘Taliban Style Government’. Also, he warned the liberals for supporting this ‘extremist march’ in their hate for Imran Khan. 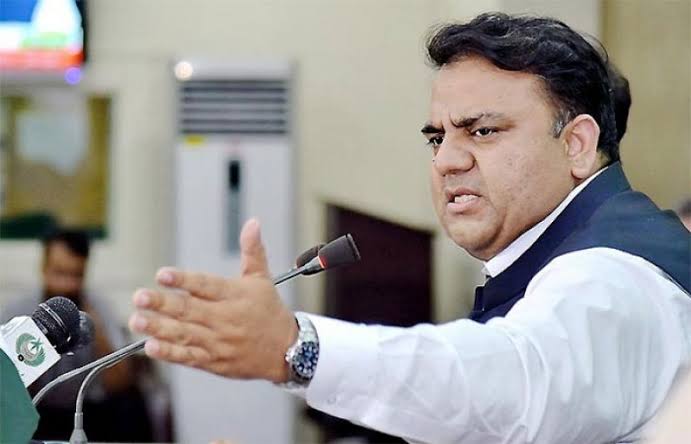 He tweeted: “A group of otherwise liberals is blinded by Imran Khan hate and supporting extremists march on Islamabad, any success to such marchers ll mean end of Pak as democratic regime and a formation of Taliban style Govt ! Beware”

A group of otherwise liberals is blinded by Imran Khan hate and supporting extremists march on Islamabad, any success to such marchers ll mean end of Pak as democratic regime and a formation of Taliban style Govt ! Beware https://t.co/z4BUTfVUJH

A rather eventful Azadi March.

Apart from Fawad Chaudhry being a savage reminding the supporters of the consequences of supporting such extremists; their voyage seemed to have met with inconveniences.  Their trailer was stuck in the super high way yesterday. Moreover, by the looks of the video below, the people on top didn’t get the hint to climb down.

If this isn’t something that is remotely amusing then Maulana Fazlur Rehman’s iconic video definitely won’t disappoint. It includes him receiving ‘Guard of Honour’ from his army, which will definitely knock one’s socks off.

He started off by showing solidarity with IoK (Indian-occupied Kashmir), saying that JUIF will not let them sell Kashmir. Moreover, Maulana again reminded his stance on Imran Khan demanding his resignation. He said, “He’s not the ruler of Pakistan,”. Adding to this statement, he informed about his party’s rejection of elections that placed Imran as the leader, including the votes; a descriptive explanation of ‘selected PM’. 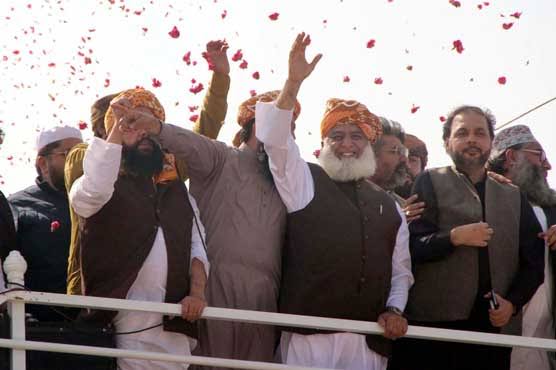 Via The Dunya News

Furthermore, he announced his and the party’s plans upon reaching Islamabad. Fazlur Rehman stated how his caravan will reach the capital by October 31st and will reject all offers of negotiation with the reconciliation team.

Pictures are circulating of protestors armed with Ak-47s

Fawad Ch in a recent interview discussed Maulana’s army being armed with lethal weaponry. Furthermore, he highlighted the government’s plan for resolving this matter in a peaceful manner.

According to GEO News, an attempt to murder JUI F’s party leader Mufti Sultan Muhammad. This is grave news and hopefully doesn’t escalate. JUI-F’s Azadi March might not bring any setbacks for the government, but something needs to be worked out in Islamabad top stop this fiasco.