On Tuesday, the captain of Peshawar Zalmi denied any news regarding a fall out between himself and the team owner Javed Afridi. The clarification by Sammy came after senior sports journalist Waheed Khan and former Pakistan fast bowler Shoaib Akhtar had stated that Sammy and the franchise had disagreements. As a result of this, he had been rested for the defeat of the team to Karachi Kings on Monday.

I’ve learnt that you are important until you’ve completed your role. #dealingwithhumans

Sammy’s form has long been a cause for concern. The Peshawar Zalmi captain has only been able to manage 44 runs in four completed matches in the fifth season of PSL. Despite the poor form, no one did expect that Sammy will be dropped from the team. However, that is what exactly has happened in Sammy’s case. In an unlikely turn of events, Sammy had been dropped from Peshawar Zalmi’s match against Karachi Kings. Relacing the West India cricketer, Pakistan’s Wahab Riaz took charge as team captain.

I can’t believe that the media would think that my bro @JAfridi10 and I would ever have an issue. I’m actually laughing at this. Listen guys I love this man as my own brother. Are u guys serious @PeshawarZalmi is my baby and nothing comes between us. Absolutely nothing. pic.twitter.com/oRc5J5EiCN

Coincidentally, this incident occurred just after a few days of the announcement that the former captain of the West Indies would be conferred with honorary citizenship of Pakistan as well as Nishan-e-Haider (Pakistan’s highest civilian award) on March 23 for his contribution towards revival of international cricket in Pakistan. 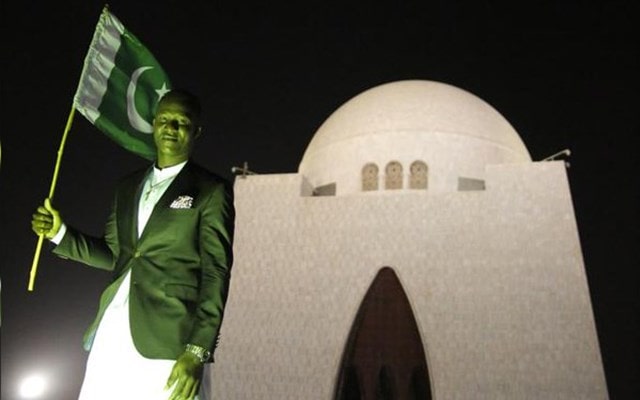 Sammy would become only the third cricketer to receive a country’s honorary citizenship. The other two players to achieve this milestone was Herschelle Gibbs and Matthew Hayden in 2007 by the government of St. Kitts.

It was Darren Sammy who had paved the way for the revival of international cricket in Pakistan. Sammy agreed to play when no other foreign cricketer wanted to travel to Pakistan for PSL. He not only played in the league but was responsible for spearheading the Peshawar Zalmi to the titular glory.

Darren Sammy is regarded as one of the most popular cricketers in Pakistan. This is mainly because he has played an important role in the revival of cricket in Pakistan. Sammy is the only captain who was able to lead his team to two ICC T20 World cup titles-in 2012 and 2016.