Pakistan is struggling to stay afloat in a devastating water crisis. Currently, only 20% of the country’s population has access to clean drinking water. The remaining 80% of the population is forced to depend on polluted water-primarily contaminated by the open sewage system as their source of drinking water. The question is not whether Pakistan should act, but rather what can we do right now to provide for our people.

Children of Pakistani immigrants based in the United States heard these harrowing statistics and were compelled to act. Their story starts as students at the University of Michigan – Ann Arbor. During the Fall of 2017 in the middle of exam season, they met up over food where the conversation started with complaints about school, but quickly shifted direction to a news article “Pakistan could run dry as early as 2025”. This startling title became a catalyst for quick Google searches on the growing water crisis in Pakistan. The conversation shifted from statistics on the crisis to undefined ideas to realistic solutions. That’s when the seeds for Paani were planted. Paani is now a registered 501(c)3 nonprofit based in the United States founded by 5 students – Omar Ilyas, Sikander Khan, Nauman Khan, Arhum Arshad, and Faraz Longi. By the Summer of 2020, Paani will be funded and constructed over 400 wells -both deep water and handpumps- in areas around Sindh and KPK, serving roughly 40,000 people. Through their partnerships with both the Fast Rural Development Program (FRDP) based in Sindh and Takal Welfare Organization (TWO) based in KPK, Paani not only has reliable teams to construct each well but also can ensure that an attached curriculum will educate each community on basic sanitation and well maintenance.

With grants from Google, Microsoft, social entrepreneurship challenges, and individual donations, Paani has also been able to expand into the healthcare and education sphere. Currently, their healthcare team is working to launch a telehealth based system in rural KPK to better provide quality and legitimate healthcare assessments to those without access to physicians. Their education team is designing and piloting an educational curriculum catered for child laborers by financially covering their salary in exchange for their presence in classrooms. Paani has become an incubator. 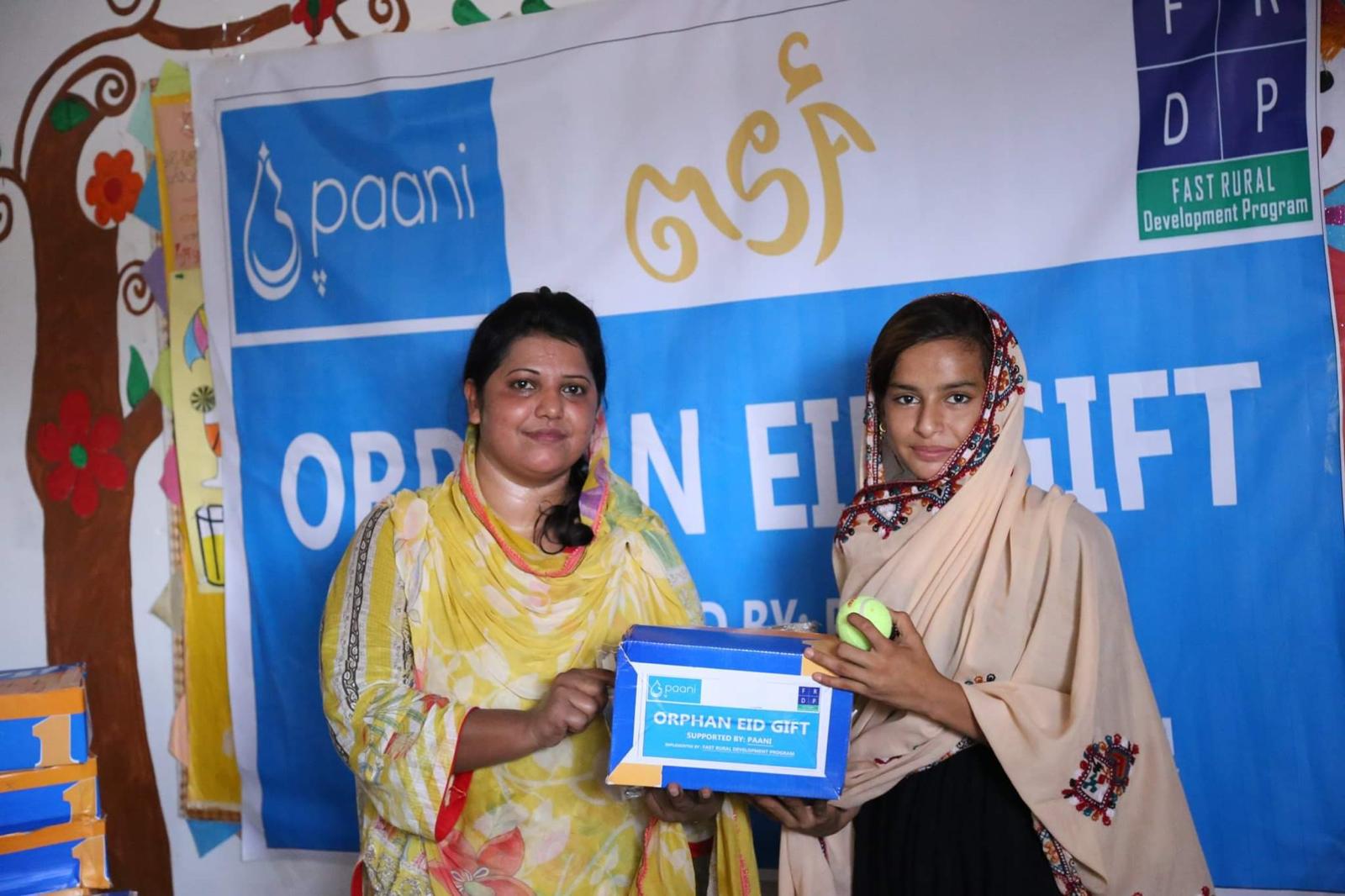 Paani is a whirlwind of creative energy driven by young and passionate Pakistani-American students. Talking with co-founder Sikander Khan, he emphasized that, “Paani started as an idea, but has shifted from this one-dimensional focus of building wells to becoming an incubator for creative solutions for Pakistan’s pressing problems. We’ve harnessed the energy from young Pakistanis both in Pakistan and abroad and become a movement.”

Fellow co-founder Omar Ilyas added on, “People are attracted to authenticity. To uphold the responsibility that we have to our donors, we strive to be transparent. We have never kept a single dollar that has ever been donated. Even from our clothing line, every single dollar has been re-invested into our projects. That is the fundamental reason for Paani’s success and why people not only donate their money but their time and expertise so that together we can catalyze change.” The story of Paani is a story of young Pakistani-American students inspired to give back to the country that raised and provided for their parents. It is a story of students leveraging their time, their resources, and their platform to invest in the success of Pakistan. Through grassroots efforts, Paani has grown into a registered nonprofit, working closely with student and professional volunteers across the globe to facilitate tangible change in Pakistan. The story of Paani is one that has just started. With your help, we can continue to grow and work toward a better future for Pakistan. If you are willing to continue to expand their mission, reach out at team@paaniproject.org.

Check out: Meet Usman Ghani – The Only Pakistani Racing Coach With A FIM License

Ilyas ended our conversation with this; “For so long Pakistan was the country of our childhood summers. It was the country of our childhood memories. True appreciation doesn’t just come from enjoying and remembering the beautiful moments that Pakistan provided for us. It’s gritting our teeth and working together to support the country when it endures its worst moments. It’s comforting each other and looking forward as we create a better future.”

What do you think of the initiative? Share your thoughts in the comments section below!

Repatriation Of Afghan Refugees From Pakistan Resumes After 3 Months!
Daren Sammy Denies Rumors Of ‘Splitting’ From Peshawar Zalmi!
To Top