Pakistani television actor and model Aijaz Aslam got famous after he playing the lead in drama serials Kashkol, Mehndi, and Kis Din Mera Viyah Howay Ga. The 49-year-old is widely regarded as one of the greatest actors of Pakistan. Lately, Aijaz Aslam has been playing a supporting role in the latest series Log Kya Kahenge on a private TV channel in which he shot a suicide scene.

Recently, the Aijaz Aslam shared a deleted scene and his own chilling and painful experience from the set of Log Kya Kahenge. Aijaz plays the character of a family man who is willing to go to any heights for his family. However, in one of the latest episodes, Haseeb aka Aslam’s story reaches its end in the most heartbreaking way, as he takes his own life. 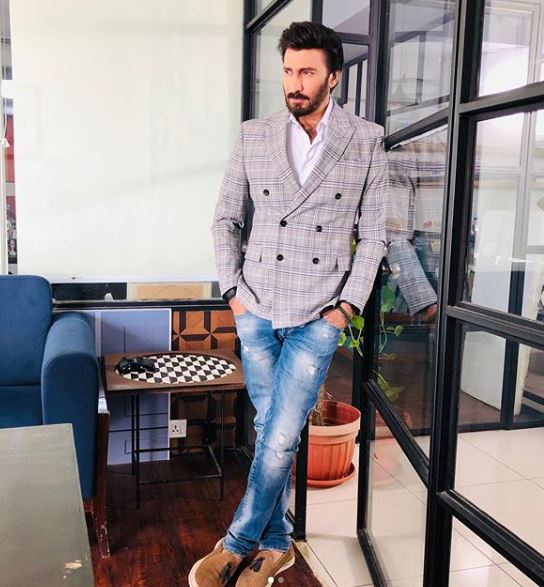 Taking to his Instagram, Aslam revealed all that went behind the shooting of his on-going drama’s heartbreaking scene. In addition to this, the actor also shared how he got injured while shooting for the suicide scene.

Drama #logkyakahenge … THIS SCENE WAS DELETED ON AIR ITS ONLY AVAILABLE ON YOUTUBE VERSION DUE TO SENSITIVE CONTENT… finally Haseeb’s journey has come to an end & I got hurt while doing this scene … the harness broke and my neck got stuck in the rope those few seconds were devastating.. my feet were numb & swollen my throat was choked head spinning I couldn’t swallow food for few months … those few seconds made me realize those who commit suicide go through such pain & agony and leave their families devastated forever … this is a message ….please take care of your loved ones and if you notice any unusual behavior in people around you under stress or pressure please take care of them so they don’t reach the extreme point of no return …. #haseeb #meerab #logkyakahenge

Having first-hand experience from filming the scene of what a person who commits suicide goes through, the actor sheds light on suicide prevention. He requests people to keep an active eye on the changing behavior of their loved ones. To be there for their friends and family.

Moreover, in his Instagram post, Aslam reveals he got hurt while performing the scene. He talks about how his neck ‘got stuck in the rope.’ 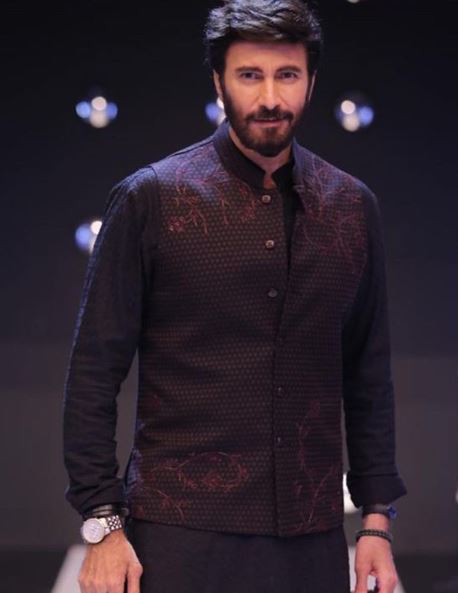 Only those few seconds of shooting that suicide scene were ‘devastating’ for Aijaz Aslam. The Log Kya Kahenge actor learned what people who attempt suicide go through. As well as why we need to be there for them.

In a few words, Aslam summed up a critical point that can be taken away from his character in the drama. As Haseeb’s story has reached its sorrowful end, it would be safe to say that Aslam has done justice to this critical character.

Aslam’s performance and depiction of a family hit close to home for so many people. Additionally, the scene was cut off and not aired on television because of its sensitive content. However, it is available on the YouTube version of the serial’s last episode.

Suicide is a public health problem worldwide. More than one million people kill themselves every year. Moreover, while we talk about our very own country Pakistan, various reports point towards shocking suicide rates with exponential rise over the years.

Just this month, two suicides have been reported. A Ph.D. student Nadia Ashraf, of Karachi University took her life, followed by a young doctor and influencer Dr. Maha Shah who allegedly committed suicide.

Let us openly talk about uncomfortable aspects of ourselves without shame. Let us be brave and begin by holding genuine, trusting communications within our surroundings.