This Girl's Encounter With A Kid Diagnosed With Cancer Speaks

It is remarkably easy to make a judgment based on what we see on the outside. Human nature is prone to see just as much at a single time and is rather quick to make judgments out of a mere perspective. But what happens when you look beyond and see something which has a totally new outlook?

It is called “paradigm shift”. Our paradigms rule us and our judgments. Probably the way we see the world based on one’s perspective defines who we really are. But it is always hard to look on the outside as we are naturally conditioned to dwell to what stands beyond our interceptions.

Reflect upon the incidents that totally changed your perspective. Recall all those times when you were thinking one thing and ruled out your judgment based on it until the reality about it unfolded and consequently, forced you to change your paradigm about it. 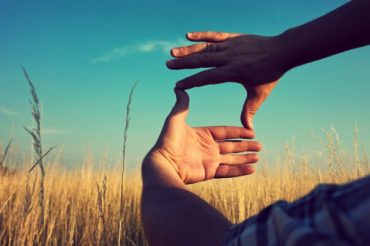 I am sure you have had many similar experiences. It opened your eyes, provoked you to think and totally enlighten you of another aspect you were blind towards previously. Your life is full of such experiences and I am sure until the human nature learns to stop judging based on a mere perspective, you would continually be proved wrong about your perspective on the reality.

We have an example of the same. A girl normally made a judgment about a passenger and her child during her flight until she learned the truth and it totally went beyond her paradigm. 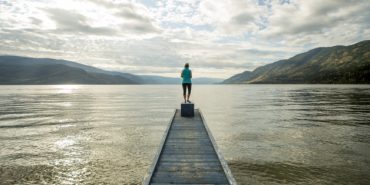 Read as this girl recalls her experience in the following post:

So I was on a flight from Khi to Islamabad on Friday evening. It was a really sudden plan and I’d barely gotten time to pack properly. I was hungry, tired, and just really preoccupied. I rushed through security and forgot my phones on the security belt, had to go back to get those. Basically, I was exhausted. Fast forward to boarding.

I get on to the plane in the hope that I’d sit down and immediately take a nap. For those who know me, I’m not very tall and it’s a little difficult for me to stretch my legs and fall asleep on a plane. I need to like totally curl up and rest my head somewhere so I prefer a window seat so that the window can act as a headrest. So as per always, I had booked a window seat.

Anyway, I get to my row, and there’s a kid sitting on my seat (about 8 to 9 years of age), with his mom right next to him. The aisle seat next to them is empty. (I HATE aisle seats). I give them a quizzical look and politely ask what their seat number is, and the mother just nods and smiles. I said umm, I think that’s my seat. The mother again just nodded and smiled, all the while vigorously praying something under her breath.

She was in no mood to converse with me and by this point, in time I was super irritated. I’m perfectly happy for someone to take my seat for good reason, but I did expect to at least be asked if that was okay with me. So I just made a firm face and sat down in the aisle seat, but didn’t say anything. I thought my expression would give away that I was upset, although anger does get the best of us and I was ready to snap at someone by this point.

Fast forward 30 mins into the flight – the kid said something cute to his mom and I couldn’t help but smile. The woman then turns to me and says, “I hope you didn’t mind my son taking your seat”. By this point, it really didn’t matter and I said: “it’s fine, kids are kids, it’s not a problem”. She nodded with a sad look in her eyes and said, “yes you’re right, and since he’s not well, I don’t like denying him much”.
I take a closer look at the child. He was this really cute, cuddly, fair boy, large black innocent eyes with the loveliest eyelashes I’ve seen. Adorable rosy cheeks and a thick black tuft of hair. He was actually just such a beautiful child, mashaAllah, the kind who makes you turn to look at him again.

I asked, what’s wrong with him? And the mother goes silent. Completely, deadly silent, with the saddest hopeless look in her eyes. She speaks up finally and says, “Cancer. Blood cancer. He’s been under treatment for the last two years, has undergone chemotherapy, had his bone marrow transplant, finished all his therapy and treatments. We were so happy, everything was looking good. 15 days before his final reports were to come out, the doctor called us back. His cancer had relapsed. Doctors in Karachi have given up hope on him and keep turning me away. When I go for his blood transfusions, they laugh at me, asking why I’m wasting my time and money. They keep telling me to keep him at home and “let him enjoy the maximum amount of time with his family”. But I’m a mother, how can I do that? How can I give up?”

And so she was taking him to Islamabad to see another doctor that had come highly recommended. 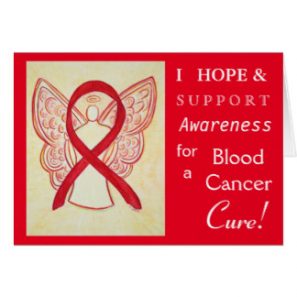 I have little words to describe how I felt at this point in time. I literally froze, I simply did not know what I could possibly say to make a mother in this situation feel any better. The only words that could stumble out of my mouth were “I’m so sorry”.

And I was sorry and I am so sorry. Not only for her grief and her unimaginable trials and struggles but for the momentary, useless, frivolous moment of anger that I allowed in my mind for something as useless as a stupid seat on the plane. I keep looking back and thank God for preventing me from saying anything stupid in the moment, anything hurtful or spiteful or confrontational that may have broken an already broken mother’s spirit and heart. Something that may have caused pain or offended a child who has already seen more pain in 8 years of his life than most of us can imagine; something that may have added to his pandora box of already sad and stressful childhood memories.

The rest of the plane journey we chatted, we became friends, and we parted on a really good note Alhamdulillah. But what a lesson in humility it was for me. I felt so small, so tiny as a human being for the rest of the plane ride, for even momentarily feeling the way I did at the start of the journey. We rumble and tumble on thinking no one has life harder than us, basking in our bubbles of self-pity and feeling our issues are super important.

But they’re not, and we’re not. Someone somewhere ALWAYS has it harder, and it could be the person sitting right next to you at work, or on a bus, or on a flight, or your loud neighbor, or the person cutting through the aisle at a coffee shop much to your irritation. And it is so, SO important to be kind, and to be gentle, and to forgive and forego even when we don’t have a logical reason for which to forgive or forego, because you never know when your harshness could become the last straw in someone else’s life, pushing him or her to their limit for the day.

You never know what battles they’re fighting and what monsters hide under their beds. And lastly, and most importantly, you never know how long or short their life, or your life, is going to be. It is so important to die as a person people will remember as a kind soul, and for you to be remembered as a kind soul by someone who may have very little time left to live.

And so here’s to living with more humility, kindness, and understanding. And here’s to correcting our demons and not letting them overcome us, even in the hardest of times. And on that note, appreciate if in your hearts everyone could pray a silent prayer for that mother’s strength and her child’s health & Shifa. The only thing she kept asking for was prayers, and one never knows whose prayer that might be.

It is beyond measure how enlightening it was. We thank Amar for sharing what happened because it stands to help our society change their perspective about life and the world around them.

May Allah help the child recovering from the disease. May Allah grant the mother sheer strength and success in getting her child treated.

Read Also: The Little Kid In Pakistan Has A Better Perspective On Failure More Than We Could Ever Have