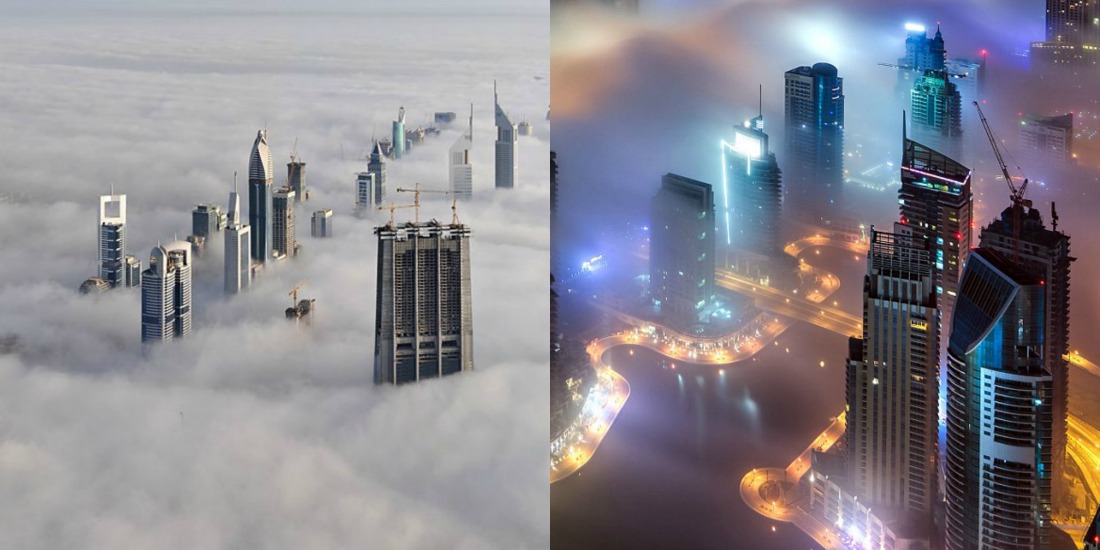 One of the world’s hottest tourist spots, Dubai, is in the news once again as the land of the rich engulfs itself with thick fog. Fog is something Dubai is not used to and residents have been warned that there might be more to come.

Fog in Dubai and UAE is something that happens once in a blue moon, if not never. Famous for its hot summers, the people living in Dubai are in for a little treat and a little anguish as thick layers of fog hits Dubai and the city of beauty grows gray.

“Heavy fog is disrupting operations this morning at DXB resulting in delays of up to one hour on arriving and departing flights,” tweeted the Dubai Airport. The National Center of Meteorology warned of fog in Dubai and that it could lead to circumstances where there could be fog in

The extreme fog has disrupted traffic, both air and land, along with creating other such hurdles for locals of the city who want and need to get to their desired venues and responsibilities. Dubai is considered as one of the most active places in the world and the deflated movement is causing many troubles.

On the other hand, some locals and foreigners are calling it the epitome of beauty! Many think that there’s something very special about the fog in Dubai as the locals are not used to such a phenomena in their peripheral.

Even though the fog had been causing troubles, it did not stop the people from appreciating its beauty and entirety. From the Burj Khalifa to the Burj Al Arab and other famous skyscrapers. the fog was everywhere. The disruption of air-traffic and  uncertainty of flights is also causing trouble to the ones who travel frequently. 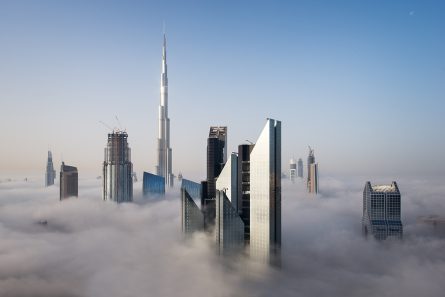 Ever since the fog began, there have been 100+ reported accidents due to fog in Dubai and fog in UAE. Drivers are saying they are not used to seeing such a phenomena and the fog in Dubai is something that would take some time to be acquainted with if it were to continue in the future. Subsequently, the change in weather is also taking place in other parts of the world too. The recent SMOG (mixture of smoke and fog) in Lahore was weather and human activity which combined to darken other areas of Punjab, Pakistan, as well

Fog forms when cool air passes over a warm body of water or moist land. In general, we see that fog is formed whenever there is a temperature difference between the ground and the air. When the humidity is high enough and there is enough water vapor or moisture, fog is sure to form.

If the fog in Dubai and fog in UAE is to continue, residents will have to take measures accordingly and be ready to face the weather’s music because there is only so much than humans can control. When God plays trick-master, humans are often subdued due to natural calamities and hindrances. 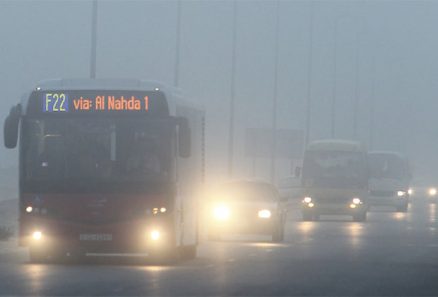 In case the fog in UAE continues, people are advised to drive slowly, wear their seat belts, use headlights and fog lights at all times and to look out for pedestrians crossing the road. Other than that, if the cloud sticks out through the day, people are advised to travel as less as they can. The RTA has performed a good duty in guiding traffic throughout the fog in Dubai and fog in UAE which continued for at least 3 days and is likely to follow up with a few more.

Whatever the case, as of current, photographers, film-makers, nature lovers and whoever that can milk the rare opportunity of fog in Dubai and fog in UAE, are having a great time.