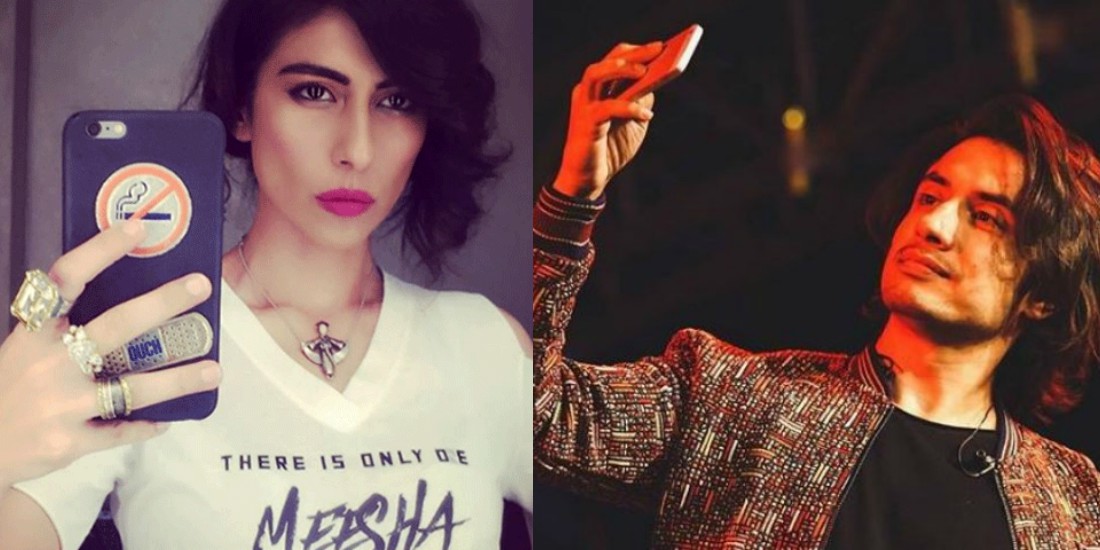 The internet is talking about how Meesha Shafi accused Ali Zafar of Harassment without any “evidence”! Everyone on the internet has sided either with Ali Zafar or Meesha Shafi. However, it is absurd how always the one who decides to speak up is seen as the culprit.

Meesha took to social media and published a note claiming that she has been harassed by Ali Zafar on multiple occasions. But she didn’t mention the details. Which is totally her choice and she doesn’t owe anyone any explanation. However, people decided not to spare her and started coming up with all sort of theories.

But recently a news channel came up with a new theory claiming that this is the absolute reason why Meesha has accused Ali Zafar of harassing her. Honestly, this is the most bizarre story of them all.

The channel states that Meesha and Ali were recording a show together where Ali was being paid more and Meesha couldn’t take it.

So, when Meesha got to know about the situation, she demanded to be paid the same. Her request was denied and she got angry and left the place and an hour later she tweeted this. Stated the channel!

After Meesha’s tweet, Ali declared that he wants to take care of the situation professionally

Ali denied all the claims by Meesha and said that he’s a son, father and a husband too and he won’t tolerate being accused of something he has not done…

Well, who could say anything about it? There is no further explanation regarding the statement aired by the news channel. Neither have either of the stars said anything about it! Be it true or not only they know. However, it is incredible to see how people are being so insensitive about something as serious as harassment and dismissing it on the basis of futile explanations and arguments.

Have anything to add to the story? Share in the comments below and let us know.

Amazing Reasons Why Couples Who Pray Together Stay Together!
Meesha Shafi Finally Reveals What Actually Happened Between Her And Ali Zafar
To Top