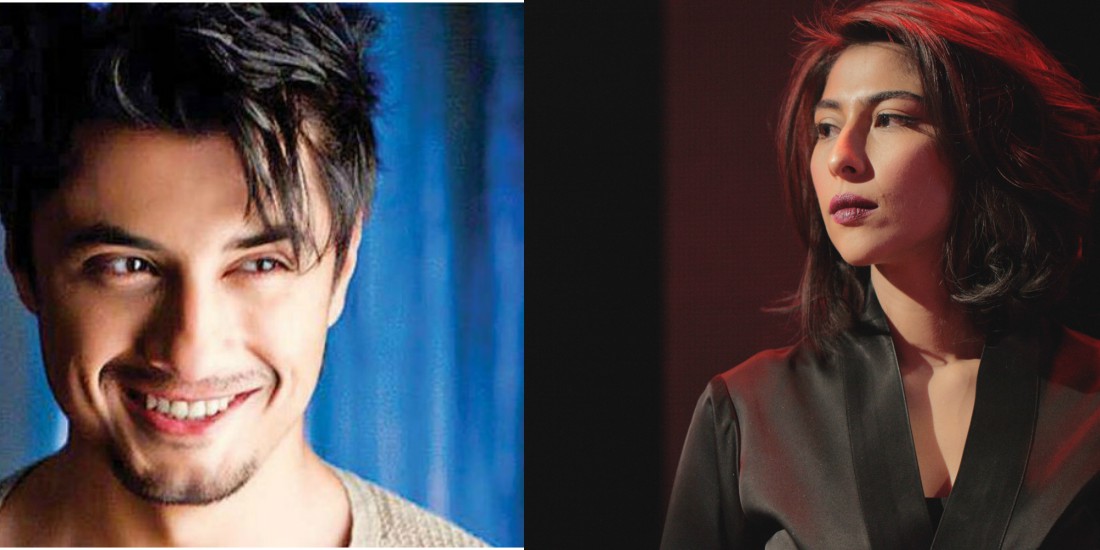 Meesha Shafi rattled the internet by accusing Ali Zafar of harassment. According to ‘Daily Pakistan’ she recently opened up in an interview and discussed what exactly happened. She stated that she decided to open up about it now because she wanted this burden to get off her shoulder.

“The first and foremost reason [for breaking silence] is that I’m ready. I have started talking to people and divulging my experience. I’m finding it hard on my conscience to stay silent any longer than this because I’m seeing such brave girls and women speaking up – not just around the world – but here as well. It’s not easy. They are not public figures and I think it can be harder for me, in a way, but it’s hard for everyone. The more I think about it, the more I realise that if I don’t go public, nothing will change. It was eating away at me.”

She also said that she has all the respect to all the girl’s who came out in public and voiced their experiences about Patari’s CEO Khalid Bajwa.

As a mother of two, she said that she tells her kids to be vocal about whenever someone touches them inappropriately.

She thought it would not be okay to silence herself

In collaboration with #KHAADI, lent my voice to raise a voice for tolerance, inclusion, empathy and love as we head towards ??'s 70th Birthday! @instakhaadi #MeeshaShafiLIVE #MainBhiPakistanHoon ❤️

The artist said that the harassment wasn’t about a meaningful hug, a greeting that went for too long or a lingering handshake.

She said in the interview:

“First time it happened, I didn’t react. Women who feel that that’s inappropriate and speak-up and feel harassed, that is absolutely their right and not to take away anything from them in any way but it was more than that and that people need to know”

“I told my husband but also asked him to not react; I’m a public figure and so is he [Ali Zafar]. My thought process was who I am and who he is and what that’s going to lead to. Being ready to talk was far off because it had just happened. I buried it.”

She said that it happened twice and both the time they were not alone. But the second time it happened, they were in a roomful of people where they both were booked for a concert. She stated that she had to continue with the concert because this is her job she can’t compromise on it.

“I was jamming with my band in Lahore and the organizers insisted that he was trying to get in touch. It started turning into a thing, and I was being seen as difficult or a diva, I got such feelers. I was avoiding him. I was asked to jam, figure out songs, scale and it happened while we were jamming.”

Meesha said that ever since she has been vocal about the incident she feels liberating.

“It is liberating, it’s empowering and it’s not the end of the world. I only felt hesitant as long as I hadn’t told anyone. The more people I tell, the more power I feel. I do. That has been my direct experience in the case. I’ve done the thing I feared and I’ve taken the leap of faith. And you know what, it’s okay.”

After she twitted  about the incident Ali Zafar too took to Twitter and denied all the allegations and disclosed that he wants to resolve this matter professionally.

A News Channels Believes This To Be The Real Reason Why Meesha Shafi Accused Ali Zafar of Harassment
Momina Mustehsan Thinks Ali Zafar Should Apologize To Meesha Shafi For His Actions!
To Top