The Tale of Two Provinces: Sindh One, Sindh Two? Is that the only option? - Parhlo 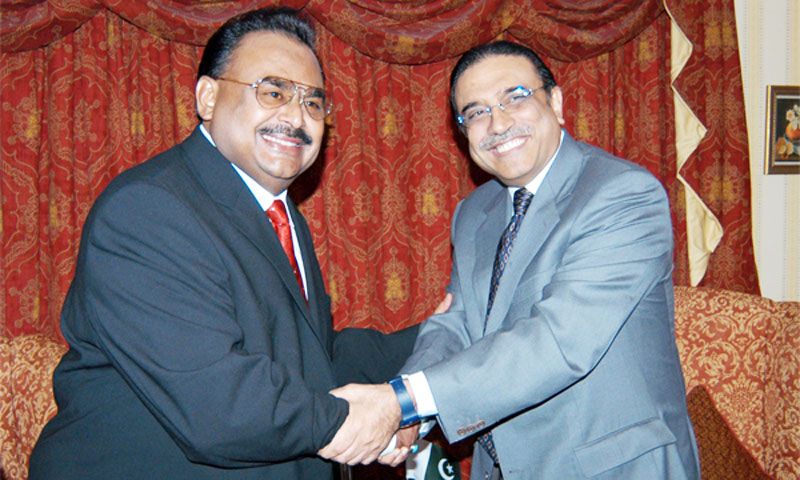 Khalid Maqbool Siddiqui addressed the media at Nine-Zero (MQM Headquarters) after an emergency call of MQM Rabita committee and said that MQM as a party had put its reputation at stake for to ensure solidity and maintenance of democracy but now the picture has changed and it seems that supporting the PPP further would equivalent to destabilizing and weakening Pakistan.

Addressing to PPP leader Khursheed Shah’s statement which his gave during the October 18 rally, wherein he referred the term ‘Muhajir’ as ‘pejorative’, Khalid Maqbool Siddiqui said that the answer to his statement will be in the form of making a new province in Sindh.

Khalid Maqbool Siddiqui claimed that because of the PPP’s hatred based politics, Sindh has been separated into two parts; Sindh-one and Sindh-two.

Khalid Maqbool Siddiqui stated that: “We were assured that after the 18th amendment in the Constitution, the powers will be transferred to grass root level, but instead of empowering people, the Sindh government took all the power in its hand.”

Khalid Maqbool Siddiqui complained about the insufficiency of funds for urban Sindh under PPP’s regime by saying that the Sindh government had only allotted 2% of the total provincial share to the urban area of Sindh.

Speaking about the chairman of Pakistan People’s Party, Bilawal Bhutto Zardari’s speech at Mazaar-e-Quaid on 18th October, Khalid Maqbool Siddiqui said the immature chairman had staged unjustifiable allegations against Altaf Hussain – The chief of MQM, which left us with no reason for MQM to remain a part of Sindh government.

Khalid Maqbool Siddiqui also questioned the eligibility of Bilawal Bhutto Zardari as the chairman of PPP. He asked him to provide proofs that he has all the qualifications to become the chairman of Pakistan People’s Party (PPP).

Khalid Maqbool Siddiqui further added that: “If Pakistan People’s Party (PPP) believes in dynastic politics, then its chairman should be a ‘Bhutto’ not a ‘Zardari’.” 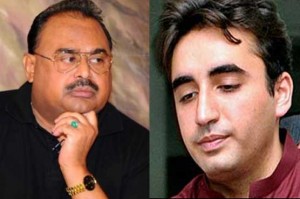 Khalid Maqbool Siddiqui believes that MQM’s insistence on the formation of new provinces in the country was intended to improve and enhance the administration better and MQM will not back out from its demand.

He further said that they can respond to any accusation but their leadership favors politics of reconciliation.

Sherjil Memon referred to MQM’s decision to quit the PPP led provincial government in Sindh and said he hops that the MQM would not take any unreasonable and irrational decision.

He added that Khursheed Shah’s statement was manipulated and spiced up by the leadership of MQM.

He said that Khursheed Shah’s statement should have not been mentioned as he clarified and humbly apologized for the mistake he made.

Sherjil Memon commented on Bilawal Bhutto Zardari’s leadership and said that his party is proud of its leader and that he is in Pakistan among his own people.

Rehman Malik, the PPP leader who is popular for being the intermediary and peacekeeper between Pakistan People’s Party (PPP) and Muttahida Qaumi Movement (MQM) has geared up.

Speaking to the media representatives, Rehman Malik said that the ‘speed breakers’ in any relationship is a usual thing. HE conveniently played down the current tension between Pakistan People’s Party and MQM.

He further added that is in constant contact with the leadership of MQM, and that the leadership of both the parties has reserved their views for now. He said that the negligible resentments in a house are not a big concern and the situation would normalize in a little while.

Rehman Malik first contacted the Chief Minister of Sindh, Syed Qaim Ali Shah, later he visited the Bilawal House where he had a meeting with the former President of Pakistan, Asif Ali Zardari.