Why is Bilawal Bhutto Zardari and PPP important for Pakistan? - Parhlo 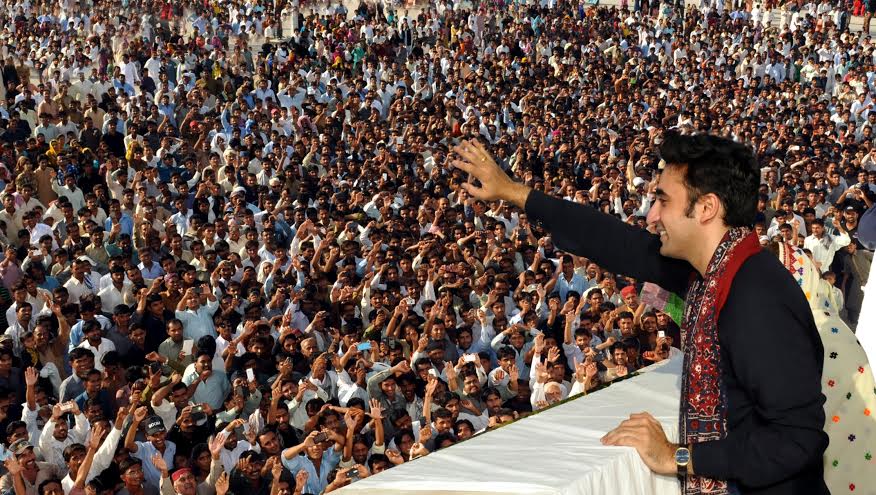 The political arena had been monopolized by Pakistan Tehreek-e-Insaaf (PTI) and Pakistan Muslim League Nawaz (PML-N) for the past year and half. Pakistan People’s Party (PPP) failed to stand out and make its own mark during this time. But, this seemed to have changed after the PPP’s ‘jalsa’ in Karachi two days ago. It was not only a positive development for Bilawal Bhutto Zardari, but also for the Pakistan’s politics

We know that PPP was miserably defeated in the 2013 general elections. The party that won 118 seats in the National Assembly in 2008 elections, crumbled to 45 seats in last year’s general elections. From the defeat, it can be drawn out that people were fed up of PPP’s poor performance during its 5 year tenure in the government. Wit it’s defeat in 2013 elections, it was expected y political pundits that PPP’s epitome of popularity will never be achieved again and the party had lost the place in the hearts of the people.

While PTI’s rise was the biggest positive development for decades-exploited masses, it was also hoped that revival of PPP will make the mosaic of Pakistani politic more colorful and in the end common people will be benefited. The vivacious PPP is necessary for the democracy in Pakistan to flourish in true sense.The history tells PPP has been the most vocal left-wing political party that has regarded liberalism, democracy, and social justice as main aspects of its manifesto. But over the period of time, it also emerged as the voice of the elitist and capitalist class, Bilawal Bhutto Zardari is the one responsible for bringing the party back on track and providing impetus to turn it again into left wing liberal political force.

The country is governed by hard-core capitalist and industrialist person who happens to serve the country for the third time as prime minister. While elite class including him lives in the luxury, the common man, out of poverty, is finding it hard to make his both ends meet. We have been unlucky because on one hand, it’s the ever increasing extremism feeding the number of people who had been deprived of state responsibilities and on other hand the polical arena had been occupied by two political parties. PML-N had been serving the industrialist lot of people, and the second political entity had been furthering the the extremism, and for whom, the chaos is necessary to promote their ideology. But, it’s the common man who has suffered from these two ideologies as they fail to address his socio-economic issues. 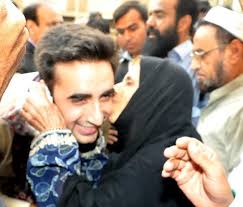 The presence of PPP raises a hope for socio-economic upheaval of the people. PPP provides for third ideology, which can benefit the common people the most. PPP’s ideology for upbringing of proletariat class is much better than the other two omnipresent ideologies i.e. of industrialists and extremists or religionists.  PPP’s reflection of proletariat class will lead to class conflict, which holds utmost importance for progress for Pakistani society.

PPP showed the dismal performance during its last term in federal government. Bilawal Bhutto and the party leadership are aware of this fact. Though they lost in 2013 elections, there have been positive developments recently that show the party has got the potential to revive. Bilawal Bhutto Zardari’s bold stance on terrorism and extremism, and minority rights show that party can create it’s lost space by addressing the issues that really matter.

PPP seems to have lost the appeal amongst the people of south Punjab as shown in the recent by-elections. But, it appeared as strong entity in opposition to PML-N and PTI on its own. If we see it through another perspective, the PPP’s absence of activist role in politics has taken them away from media’s focus and given them a chance to recuperate and revive as a unit once again.

The PPP has also witnesses certain event s that have rather further damaged the image of the party. Recent killing of a boy Gilani’s son, Rehman Malik’s forced out of the airplane, extension of Bilawal House boundaries on the state property are the few arguments that makes the PPP’s people oriented figure more hard to perceive. And, rightly so. These are few things and the mindset behind them that needs to be changed by Bilawal Bhutto and other PPP leaders. By providing security to Bilawal House at the cost of inconvenience to common people fails the PPP’s populist agenda in the first place. However, one can’t deny the existential threats to Bilawal because of his anti-terrorism narrative, so security to Bilawal house is understandable but there are a lot of other ways than encroaching upon state’s property to ensure security. 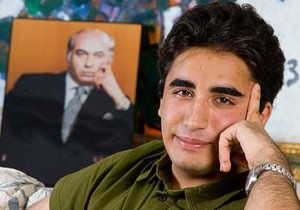 Moreover, we often come across the argument Bilawal lacks anything substantial that may stand him out as the politician amongst others.

Well, it’s true that he doesn’t enjoy prominence now. He has still a way to go to be able to stand out. He certainly has that tinge of charisma and energy as was embodied by Zulfiqar Ali Bhutto and his mother Benazir Bhutto. At the same time, he also carries the burden of poor performance and allegations of corruption on PPP and his father. He has to go through all these odds and be the keen learner. We don’t expect other left-wing political parties such Muttahida Qaumi Movement (MQM) and Awami National Party (ANP) to emerge as the grand parties at the federal level, so it’s the PPP, the real inventor of people’s politics, who can revive as the massive left-wing political party in the centre.

Left-wing politics is mandatory for ithere any chance for poor class to prosper in Pakistan. Left-wing politics of PPP have given us an intellectual lot of politicians such as Aitzaz Ahsan, Raza Rabbani, and Qamar Zaman Qaira. Bilawal Bhutto needs to understand the essence of left-wing political manifesto of party as the party has only prospered when it has served to that manifesto. PPP has made mistakes in the past when it failed to fulfill the promise to the people. Bilawal must realize the importance of serving the manifesto for party’s existence.