If you begin to comprehend the prevailing atrocities in Aleppo, Syria, you will be at a loss of emotions because no human emotion can empathize with the devastating condition of Aleppo and the Syrian people.

Not many days ago, we came across to the heart-wrenching videos of Aleppo in the news. Our emotions and spirits went grim by the shocking situation currently going on in the country.

Followed by that, videos of Syrian residents began circulation all over social media as they said their final goodbyes to the world. Certainly, in a war struck town as of Aleppo, no one can expect to come out alive. Syrians in Aleppo expressed their sentiments as they awaited either death or evacuation from the country.

These ‘Last Goodbye Videos’ may not be true but they r voices of thousands trapped/killed/helpless people in #Aleppopic.twitter.com/Cufx3VulnP

They kept narrating the horrors that the world is shocked to senses about.

Back in February, the death toll rose up to 470,000 and since then continues to grow after every minute. The only way these statistics seem to go is onwards and upwards, unfortunately. Men, women, senior citizens, children are besieged, brutally killed in a display that screams of humanity’s demise. 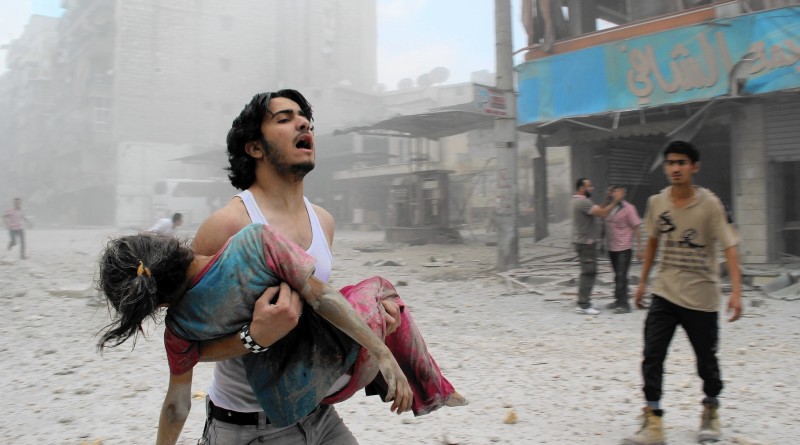 The world has stood up for the Syrian people. Where many European, North American countries have opened their borders for the migrant refugees, there are many credible people reaching out to the humans, communicating their support and doing anything they feel inclined towards.

It has been a good show of people reaching out and remembering the war struck Syrian population.

One such individual to reach out in support is Cristiano Ronaldo. The Real Madrid and Portugal forward has recently recorded a message for the children of Syria. The 4 times Ballon d’Or winner and the best football player on planet expressed his deep emotions and sympathizes with the children of Syria. He shares his sentiments in collaboration with Save The Children Foundation. 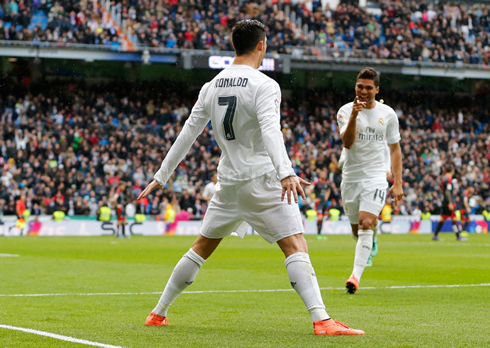 A message of hope to the children affected by the conflict in Syria. @SavetheChildren pic.twitter.com/Zsdvu2nuXd

“THIS IS FOR THE CHILDREN OF SYRIA.

WE KNOW YOU HAVE BEEN SUFFERING A LOT.

I AM A VERY FAMOUS PLAYER, BUT YOU ARE THE TRUE HEROES.

THE WORLD IS WITH YOU.

Ronaldo is the global ambassador of the foundation. He made a generous donation for the Syrian children and also decided to share a message with them.

Nick Finney of the foundation claimed:

“CRISTIANO RONALDO’S GENEROUS DONATION WILL HELP US TO SUPPORT THE CHILDREN FROM ALEPPO AND ACROSS SYRIA, WHO HAVE SUFFERED THINGS CHILDREN SHOULD NEVER HAVE TO LIVE THROUGH.”

In times as devastating as this, Ronaldo and all the people standing in support are humanity’s remarkable display of empathy and help.

Thank you for setting a brilliant example, Ronaldo. We love you!

We also pray for Aleppo and Syrian people who are deeply struck with war and catastrophic conditions. May they always seek hope and find help in all ways possible.

8 Annoying Things Desi Husbands Do To Their Wives That Make No Sense At All!
The Sad State of Animals At Karachi Zoo Needs Our Attention
To Top