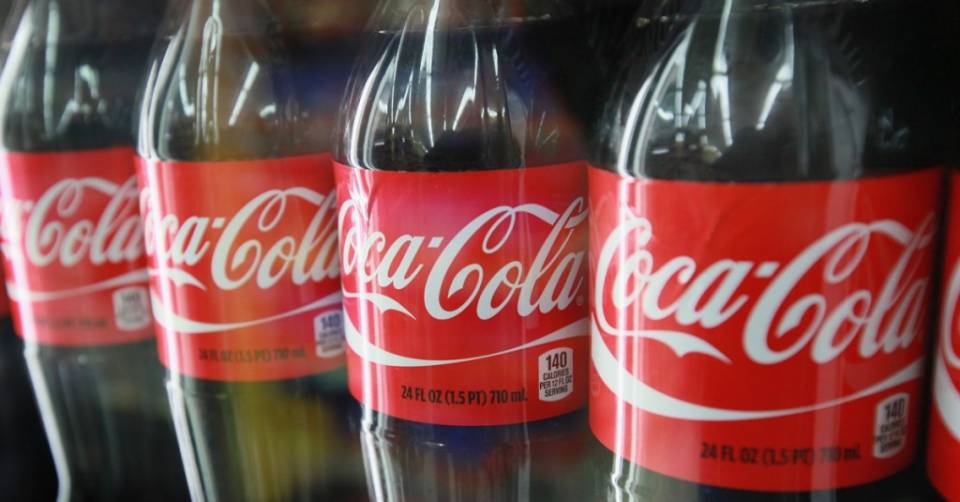 Coke is the most valuable brand in history and â€œCoca-Colaâ€ is the worldâ€™s second-most recognized word after â€œhello.â€ However, the beverage itself is an absolute poison to the human metabolism. Coke is very close to the acidity level of battery acid and consequently it can clean surfaces equivalent to and often better than many toxic household cleaners.

Itâ€™s cheaper and easier to buy Coke in some third world countries than it is to access clean water. Coke uses â€œpublic relations propagandaâ€ to convince consumers and entire nations that it is an â€œenvironmental companyâ€ when really it is linked to pollution, water shortages, and disease.

A study published in the journalÂ RespirologyÂ reveals that soft drink consumption is associated with lung and breathing disorders including asthma and chronic obstructive pulmonary disease (COPD).

THE CARBONATION IN COKE CAUSES CALCIUM LOSS IN THE BONES THROUGH A THREE-STAGE PROCESS:

But, the story doesnâ€™t end there. Another problem with most Coke is it also contain phosphoric acid (not the same as the carbonation, which is carbon dioxide mixed with the water). This substance also causes a drawdown on the store of calcium.

So Coke softens your bones (actually, they make them weak and brittle) in three ways:

The amount of acid in soda is enough to wear away at the enamel of your teeth, making them more susceptible to decay. In tests done on the acidity levels of soda, certain ones were found to have PH levels as low as 2.5. To put that into perspective, consider that battery acid has a pH of 1 and pure water has a pH of 7.

1. Removes grease stains from clothing and fabric
2. Removes rust; methods include using fabric dipped in Coke, a sponge or even aluminum foil. Also loosens rusty bolts
3. Removes blood stains from clothing and fabric.
4. Cleans oil stains from a garage floor; let the stain soak, hose off.
5. Kills slugs and snails; the acids kills them.
6. Cleans burnt pans; let the pan soak in the Coke, then rinse.
7. Descales a kettle (same method as with burnt pans)
8. Cleans car battery terminals by pouring a small amount of Coke over each one.
9. Cleans your engine; Coke distributors have been using this technique for decades.
10. Makes pennies shine; soaking old pennies in Coke will remove the tarnish.
11. Cleans tile grout; pour onto kitchen floor, leave for a few minutes, wipe up.
12. Dissolves a tooth; Use a sealed containerâ€¦takes a while but it does work.
13. Removes gum from hair; dip into a small bowl of Coke, leave a few minutes. Gum will wipe off.
14. Removes stains from vitreous china.
15. Got a dirty pool? Adding two 2-liter bottles of Coke clears up rust.
16. You can remove (or fade) dye from hair by pouring diet Coke over it.
17. Remove marker stains from carpet. Applying Coke, scrubbing and then clean with soapy water will remove marker stains.
18. Cleans a toilet; pour around bowl, leave for a while, flush clean.
19. Coke and aluminum foil will bring Chrome to a high shine.
20. Strips paint off metal furniture. Soak a towel in Coke laying it on the paint surface.

Now can you imagine what is does to your stomach lining? Who needs the household and cleaner section at the hardware store when we have Coke.

New York Times Stands Up To Stop Marijuana Prohibition in the United States
How Palestine Spent, What Is Known To Be The Happiest Day for Muslims, Eid ul Fitr
To Top