A couple based in Lahore had a Saudi style wedding that caught our attention. The groom, as well as his family, was seen wearing Saudi top [Saudi Arabia cultural dress]. 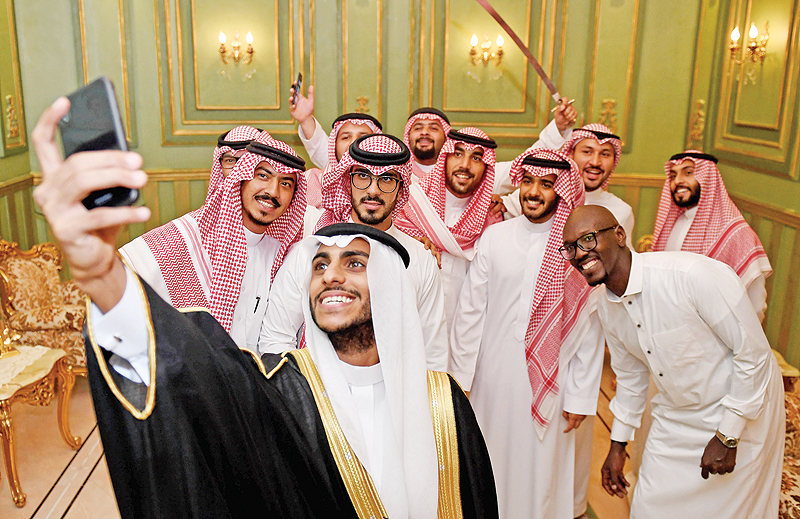 The groom revealed that he was born in Saudi Arabia so he always wanted to get married, Saudi style. He said he has 10 siblings and his father is based in Saudi Arabia for the last 56 years. They moved to Pakistan a year back.

When 18 years old Asad and Nimra got married, the couple’s wedding videos and pictures went viral on the internet. Both the girl and boy are teenagers and they had a love marriage. However, soon they took social media by storm. People start criticizing the couple for getting married too early. While some felt that the marriage won’t last for long, many supported their intentions to get married soon rather than having an affair.

Since then, ‘Nikkah Ko Aam Karo’ became the top trend in Pakistan.

This is not the first time people have witnessed an extraordinary wedding in Pakistan. There have some really extravagant weddings in the history of Pakistan in the past as well.

Last year we saw a village themed wedding which includes a bunch of different animals being showcased in the wedding setting. Bulls, goats, pigeons, ducks, horses, parrots, peacocks, pythons, and even lions were showcased. The couple’s entry was set-up on a tractor.

However, with all this, we aren’t sure what people are trying to prove, other than adding burden to the breadwinner of the family.  Is impressing others really more important than actual happiness?