As Modi makes Trump comfortable on his visit to India, matters have deteriorated in the North-Eastern part of India. All hell has broken loose with seven killed, in the event of protest over the Citizen Amendment act. ‘Donald Trump In India’ has not been going successfully.

The protestors have split due to religious differences, as the fire of violence continues to anguish Dehli. 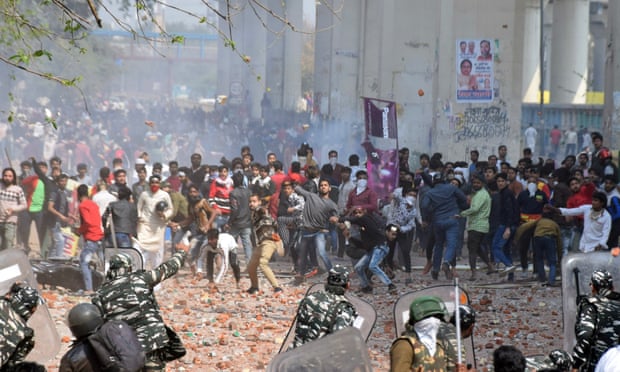 Rationale Behind The Protest

The CAA or better called the Citizen Amendment Act grants the clemency to non-Muslim immigrants. The infamous bill is purely a strategy to execute discrimination against Muslims.  The act allows non-Muslims to have Indian citizenship.

The passing of this bill clearly depicts that India is no longer a secular state. In response to the CA bill, Muslims in the North-Eastern part of India have laid their protests. The protests are so far led by Muslim women and men, with Hindus also joining them. However, the government regards the protests as unnecessary and claims that the bill gives liberty to the oppressed. 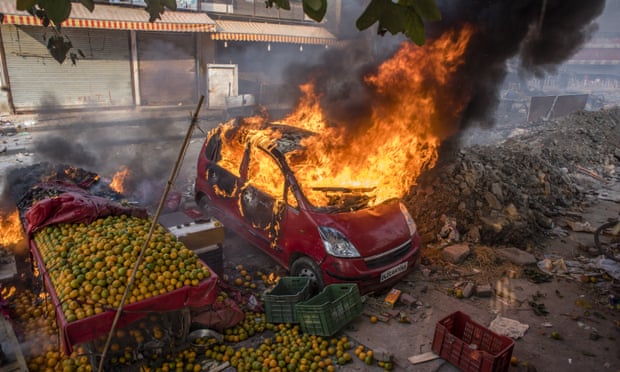 Word Of Action From The Officials?

Attempts to curb violence have been made by Delhi’s freshly re-elected Chief Minister Arvind Kejriwal. Arvind has instructed the federal police to restore law and order. Following, Arvind said to the reporters: “There are not enough police on the streets [in the affected areas]. Local police are saying they are not getting orders from above to control the situation. They are not able to take action.”

Home Minister and in-charge of Delhi’s police forces, Amit Shah is also in conversation with Arvind to address the situation. 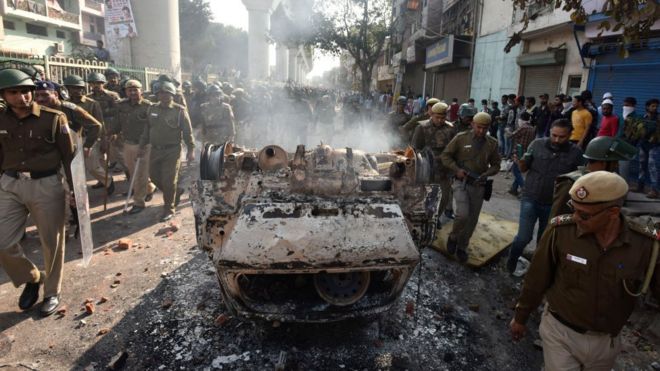 It is reported that the violence broke out in three Muslim-majority areas in North-East Delhi on Sunday. However, BJP leader, Kapil Mishra is being blamed for igniting the fire. Kapil threatened a mob of protestors, that they will be evicted from the country, once the Trump visit is over.

Eyewitnesses tell that the barbarity broke with the police hurling tear gas shells, protestors charring vehicles, and stones thrown at glass buildings. Nevertheless, the violence has caused the life of six civilians and one policeman.

Reports tell that Delhi’s GTB hospital is occupied by over 35 people who are treated for their injuries. An official said: “One of the seriously injured is a senior police officer. He has been moved to another hospital for specialized treatment.”

A victim, Shahid Alvi also died after sustaining a bullet injury. Moreover, his brother, Rashid told the reporters that, Shahid was a rickshaw driver, who was just recently married. “He was shot in the stomach and died while we were taking him to the hospital,” said Rashid.

Amongst the dying civilians, Rahul Solanki was another one. His surviving brother gave the statement: “He had gone out to buy groceries when he was suddenly surrounded. He was shot at point-blank range. We tried taking him to four hospitals but we were turned away.”

However, dignities from all around the world have spoken against this issue. Prime Minister Imran Khan has also issued his statement saying that it violates all norms of international human rights law. Along with that, all bilateral agreements with Pakistan.