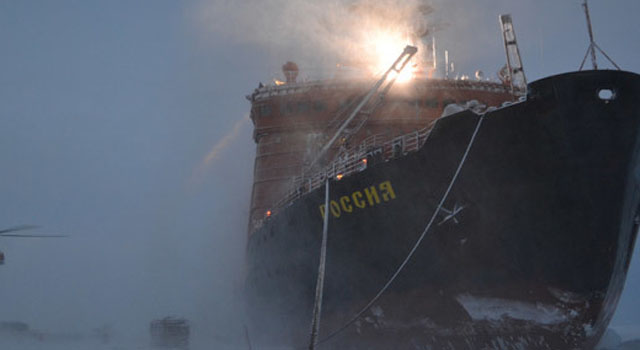 A united system of naval bases for ships and next-generation submarines will be created in the Arctic to defend Russiaâ€™s interests in the region, President Vladimir Putin said.

He urged the government to provide full state funding for the socio-economic development of the Russian Arctic through 2017-20.

Putin said that a separate state agency should be created to implement Russian policy in the Arctic and to improve the quality of governance and decision-making in this area.

â€œWe do not need a bulky bureaucratic body, but a flexible operational structure, which will help better coordinate the activities of ministries and departments, regions and businesses,â€ he said.

At a Russian Security Council meeting Tuesday, the president said that suggested â€œstrengthening of the naval component of the Federal Security Service (FSB) border guard group.â€

â€œAt the same time, we should strengthen the military infrastructure. Specifically, Iâ€™m referring to the creation of a united system of naval bases for ships and next-generation submarines in our part of the Arctic,â€ he added.

Putin emphasized that even the smallest aspects of the integrated security system in the Russian Arctic needed attention.

â€œAll security issues should be thoroughly worked out during multiagency exercises and training sessions, in which the units of the Defense Ministry, Emergencies Ministry and other structures should take part on a regular basis,â€ Putin said.

â€œRussian oil and gas production facilities, loading terminals and pipelines in the Arctic must be protected from terrorists and other potential threats,â€ he added.

“It makes sense to create a body similar in status to the state commission with broad authority, as it was previously done for the Russian Far East,” the president said, adding that he would await specific proposals from the government. 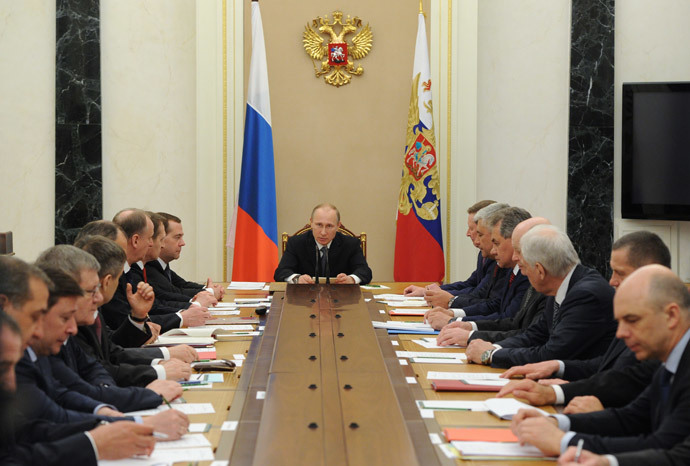 Lavrov: US should face responsibility for powers it installed in Kiev
China eyes hi-tech military gear to predict commercial pilotsâ€™ behavior
To Top