Lavrov: US should face responsibility for powers it installed in Kiev - Parhlo 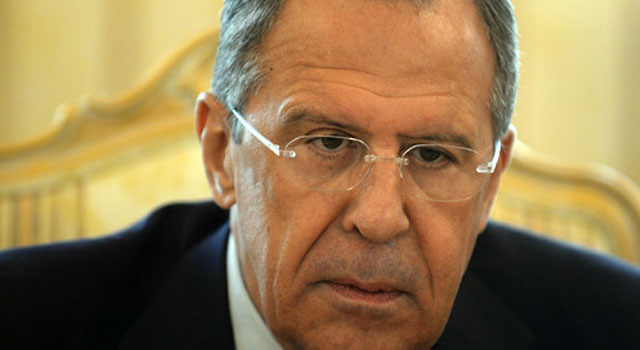 The Russian Foreign Minister says the US should take responsibility for those whom they put in power instead of issuing ultimatums to Moscow.

“Before giving us ultimatums, demanding that we fulfill demands within two or three days with the threat of sanctions, we would urgently call on our American partners to fully accept responsibility for those who they brought to power,â€ said Lavrov during a press conference with his colleague from Mozambique, Oldemiro Baloi.

All attempts to isolate Russia will lead to a dead end because Russia is “a big, independent power that knows what it wants,” he added

Meanwhile, the Russian FM also criticized statements from Western countries and Kievâ€™s authorities, which â€œinvent possible and impossible arguments against Russia,â€ claiming that a large amount of Russian arms in the conflict zones proves Russian interference in Ukrainian affairs.

He called the statements absurd as Ukraine has traditionally used Russian-made arms.

â€œThis statement is ludicrous. Everyone has Russian arms in Ukraine,â€ Lavrov said.

Meanwhile, he also said that TV outlets have reported that US arms were also found in Ukraine and illegal armed groups, not the Ukrainian army were in possession of these American arms.

Speaking about the crisis situation in eastern Ukraine and Kievâ€™s crackdown on the Donetsk region, Lavrov also said that Kiev authorities donâ€™t want or maybe cannot control the extremists who continue to control the situation in the country.

“The authorities are doing nothing, not even lifting a finger, to address the causes behind this deep internal crisis in Ukraine,” he said.

Meanwhile, Lavrov also said that the Kiev coup-appointed government has violated the Geneva agreements of April 17, after the four-sided talks between the EU, the US, Russia and Ukraine.

â€œThe Pravy Sektor (Right Sector) group has been â€œrunning the showâ€ in the streets of central and western Ukraine and is trying to affect eastern regions,â€ he said, adding that buildings in Kiev seized by the protesters havenâ€™t been freed and the streets havenâ€™t been cleared.

â€œHowever, Kiev authorities say that â€œMaidanâ€ is acting legally which is totally inadmissible,â€ he said.

Meanwhile, the attack by militants on the checkpoint in the eastern Ukrainian city of Slavyansk on Easter Sunday is a crime beneficial only for those who want to derail the Geneva agreements, said the Russian FM.

â€œThe fact that extremists started to shoot at unarmed civilians is unacceptable,â€ he added.

Meanwhile, he also criticized the attitude of Kiev to foreign journalists in Ukraine as journalists in the country are being arrested and the authorities wonâ€™t let them into the regions for them to observe what is happening.

He also stressed that one of the Geneva agreementâ€™s points is to amnesty political prisoners and participants in the protests.

According to Lavrov, the Kiev authorities are still spinning out the implementation of constitutional reform in the country.

â€œWhy were they waiting for so long to speak about the necessity of constitutional reform? Why are they spinning out the process?â€ he asked at the conference.

Lavrov also stressed the necessity of restoring order in the crisis-torn country. By this he meant stopping extremism and religious intolerance, starting constitutional dialogue and disarming the illegally armed groups.