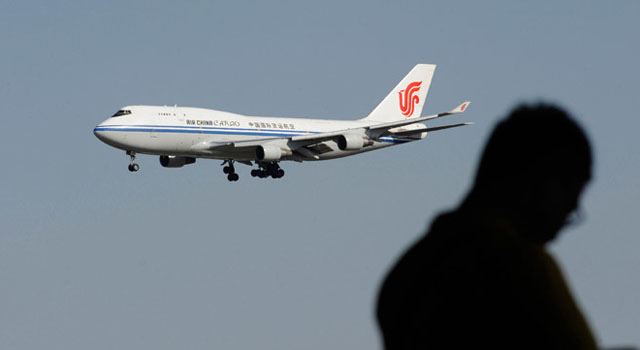 After the case with flight MH370, China is considering using military technology to get into pilotsâ€™ heads while flying to closely monitor physical and mental states in order to prevent catastrophes caused by human error and improve air safety.

The hi-tech gear in question had been developed by the Peopleâ€™s Liberation Army for its Air Force, and is now being refitted for use in civilian applications, the South China Morning Post revealed.

Even though it was the latest air mystery that has become the last straw for China, the idea to use military technology for air safety first came up in 2009, after the tragedy with Air France flight 447, which crashed over the Atlantic Ocean en route from Rio de Janeiro to Paris.

Bringing the issue back into focus for both the Chinese government and its public was the March 8 Malaysia Airlines flight. Requests finally came that more needed to be done to control what happens in the air, as the lives of hundreds of passengers are essentially in the pilotâ€™s hands for the duration of the flight.

The technology involves an ultra-lightweight, 200-gram vest that gauges the pilotâ€™s pulse and respiration, senses any abrupt muscle movements, takes body temperature and assesses posture, as well as using biometrics to track eye movement and sensors to detect fluctuations in voice. That data is instantly fed back to the control room on the ground, where a human monitor is always present to make a real-time assessment.

The system is an impressive synergy between man and computer, making it an ideal choice for this application, Professor Zhuang Damin of the Beijing University of Aeronautics and Astronautics, who is also the lead researcher on the project, explained. The system is as precise as â€œmonitoring astronauts.â€

But itâ€™s still a long way from finished, so the Malaysia Airlines flight is what served to wake the Air Force up to resuming the project, which was until now being developed at its own moderate pace, the professor tells the Post.

And a few substantial problems need ironing out. Firstly, the kind of true psychological-evaluation capabilities required for nuanced situations are still in the pipeline. The machine can for now only read preset combinations of behavior markers.

The second problem the scientists are trying to find a way around is the pilotâ€™s awareness of the system, especially when its usefulness is predicated on the ability to monitor sudden spikes in readings, much like a lie detector.

Another researcher, Professor Li Huijie with the Chinese Academy of Sciencesâ€™ Institute of Psychology, explains that â€œif a pilot is aware of the installation of such a system on board, he may likely change his or her behavior.â€

It was actually the Air France flight that first brought to the publicâ€™s attention the idea that some form of monitoring was required. Back then, cameras were suggested, but the measure was thought to be too invasive and disrespectful to the captainâ€™s profession.