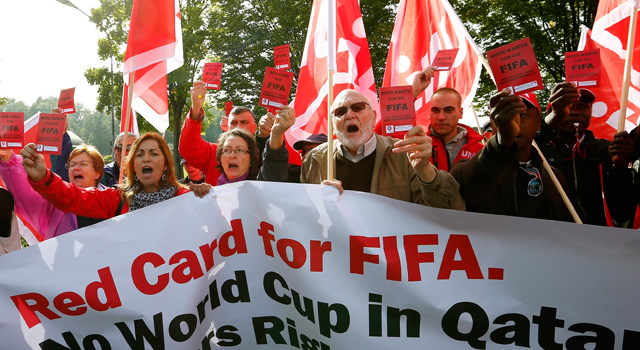 Amnesty International, the UK-based human-rights group, has accused Qatar for failing to protect migrant domestic workers, saying they are exposed to a greater extent of abuse than construction workers and are trapped by employers.

A report published on Wednesday called My sleep is my break: Exploitation of migrant domestic workers in the Gulf Arab state features instances of physical and sexual assault.

It said some of the women interviewed reported being “slapped, pulled by the hair, poked in the eyes, and kicked down the stairs by their employers” and that three said they were raped.

A separate report focusing on domestic workers in the 2022 World Cup host country was published to ensure they were not a “footnote to the issues construction workers face”, Amnesty researcher James Lynch said, according to the news agency Associated Press.

Audrey Gaughran, Amnesty International’s Global Issues director, said: “We have spoken to women who have been terribly deceived, then found themselves trapped and at the mercy of abusive employers, banned from leaving the house. Some women said they were threatened with physical violence when they told their employers they wanted to leave.”

About 84,000 women domestic workers are employed in Qatar, most of them from South and Southeast Asia, Amnesty said. Some told the campaign group’s researchers they worked “up to 100 hours a week with no day off”.

“Under Qatari law there are no limits on working hours for domestic workers and there is no requirement to give them a day off. They are also unable to lodge a complaint with the Labour Ministry,” the report said.

The chairman of the country’s National Human Rights Committee declined to comment and referred questions to government ministries.

A statement from the Ministry of Foreign Affairs sent to Amnesty International sought to clarify that there were legal safeguards for domestic workers.

“The exclusion of this group of workers from the scope of the Labor Law does not mean a lack of legal protection for their rights or that there is no law to protect these rights,” the statement said.

Qatari laws spell out steps that must be followed during recruitment, ensure that domestic workers are not misled during the process, and provide for the resolution of disputes between workers and their sponsors, according to the government statement.

It said a draft law related to household workers was being studied. No decision has been taken to implement that legislation yet.