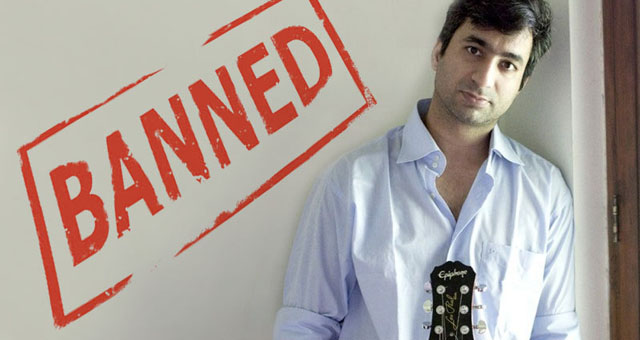 ISLAMABAD: The Pakistan Telecom Authority (PTA) on Friday denied that it had blocked the popular Facebook page for a liberal Pakistani rock band â€˜Laalâ€™, days after the page became inaccessible for users from within the country.

â€œWe have not closed the page of Laal, Facebook has its own terms of reference and it closes pages that seem indecent to them,â€ Khurram Ali Mehran, a spokesman for the regulatory body, told AFP.

The denial comes as Facebook claimed the page had been blocked inside Pakistan at Islamabadâ€™s request, under an agreement to limit access to material that violates local laws.

Mehran, the PTA spokesman, denied the existence of such an agreement, saying Facebook had acted alone.

â€œWe have no agreement with Facebook whatsoever, it’s a pack of lies,â€ he said.

The page has been inaccessible to users inside Pakistan since Wednesday, angering activists campaigning against censorship in the country.

â€œPakistan’s agreement with Facebook came to light last year when a senior official from the Pakistan Telecommunication Authority, an Internet regulatory body, was summoned by the Lahore High Court in a case concerning the YouTube ban, but its terms have not been made public.

Rock band â€œLaalâ€ (Red) formed in 2007 and are known for their progressive politics. Their Facebook page has more than 400,000 likes, with users frequently joining debates on issues ranging from feminism to the role of the country’s army in politics.

Other pages like â€œTaalibansarezalimansâ€ (The Taliban are oppressors) and â€œPakistani.meemâ€ which describes itself as pro-democracy and secularism, have similarly been blocked in recent days.

â€œFacebook didn’t even inform us, I realised when I noticed no activity on our page,â€ Taimur Rahman, Laal’s lead guitarist, told AFP.

A Facebook spokeswoman told the news agency: â€œWhile we never remove this type of content from the site entirely, like most Internet services, we may restrict people from accessing it in the countries where it is determined to be illegal.

â€œBefore we restrict the content, we take significant steps to investigate each unique claim, consult with local counsel and other experts in the country, and will only remove content in the most limited way possible,â€ she added.

According to a page on Facebook that deals with government requests, 162 pieces of content were restricted for viewership inside Pakistan between July to December 2013.

â€œWe restricted access in Pakistan to a number of pieces of content primarily reported by the Pakistan Telecommunication Authority and the Ministry of Information Technology under local laws prohibiting blasphemy and criticism of the state,â€ the page says.

Pakistan practises extensive Internet censorship, blocking YouTube in 2012 following the release of a low-budget film disrespectful of Islam. Websites for Baloch separatist movements in the country’s southwest are also banned.

While attempts to access those sites result in a government message informing the user that the content has been blocked for viewership within Pakistan, clicking Laal’s page (www.facebook.com/laalpak) or the other liberal pages instead re-directs a user towards their own home feed.

Shahzad Ahmad, director of the Bytes For All organisation that campaigns for free speech said: â€œThe is a mass murder of free speech in Pakistan.

â€œYasser Latif Hamdani, a lawyer, added: â€œThis is a grave mistake by Facebook. Also for the Pakistani government to make such requests is illegal and unconstitutional.

Rahman, the musician, said the blocking of his bandâ€™s page was indicative of diminishing space for liberals in the country.

â€œIf you have progressive or liberal views you will be gunned down or silenced but if you have extremist views and take up arms Pakistan will give you the status of a stakeholder in power and negotiate with you,â€ he said.