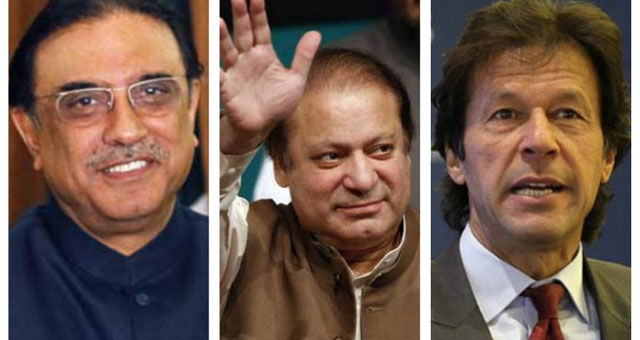 LAHORE: The Lahore High Court on Friday issued notices to 63 politicians, including Prime Minister Nawaz Sharif, on a petition seeking directions for the politicians to bring their foreign assets back to Pakistan, DawnNews reported.

Barrister Javed Iqbal Jafri had filed this petition originally in 1996 against 26 political leaders and later amended it, adding more names of politicians to it.

The petitioner informed the court today that politicians were not responding to notices despite court orders.

He said advertisements had also been published in the countryâ€™s leading daily Dawn but no one was prepared to come forward.

Jafri said Rs300 billion had been transferred to other countries through money laundering, adding that it was not an ordinary sum.

He also said the case had been ongoing since 1996.

Jafri said Pakistan would have no need to get foreign loans if timely action had been taken to bring the assets of the politicians back to the country.

Justice Khalid Mehmood Khan remarked that contempt of court investigation would be carried out against those politicians who did not respond despite posting of advertisements.