This Pakistani's Epic Take on "SANJU" Is Taking Over the Internet for Legit Good Reasons! Calling out all SANJU fans, tell us how much you want to tell the world that the movie is amazing? Well, it continues to break records every day, grossing at an all-time high in Bollywood in the days after its release. SANJU has become the talk of the town and everyone has absolutely fallen for it.

A fan wrote a long rant regarding SANJU and their take on the movie is taking over the internet.

Brace yourself for a brilliant take on SANJU and if you have seen it, you are going to love this!

MY 2 cents on SANJU! (The ultimate movie on Sanjay Dutt)

Let me share with u perks of being a teenager. I had a major crush on three people. Lol. The first and foremost was Sanjay Dutt when Rocky was released. I had clearly told ammi that I would not marry anyone who doesn’t resemble Sanjay Dutt.

(Lol! life had other plans for me) The other major crush was Andre Aggasi, the tennis player and can u imagine the other was Prince Andrew of Wales. hahahhaha!


I was never bothered what goes on in these actors’ lives or whatever…. Never was interested…but Sanjay Dutt was one person into whose life I always peeked and always was intrigued. Even as a young girl I loved his passionate innocent harmless nature. He seemed extremely sensitive and brittle and full of love. His parents were immensely loved by the masses and I was one of their fans. Such pure intense love between his parents. His love for his mom was insane. In my opinion, Nargis Dutt loved him like a baby and he never grew up to be an adult who could handle traumas on his own. True, he made bad choices. He never was an innocent(but then are we?) but just like those villains from the plays of Shakespeare, one could not but empathize with him. At least I do….. Then came a time when news about his being a terrorist and about his involvement with the bombings became viral. Not once did my heart believe in all those news. Just could not relate Sanjay Dutt to such horrendous crimes.


Why I wanted to share this is because I kept contemplating after watching SANJU last night. (A MUST WATCH BY THE WAY) 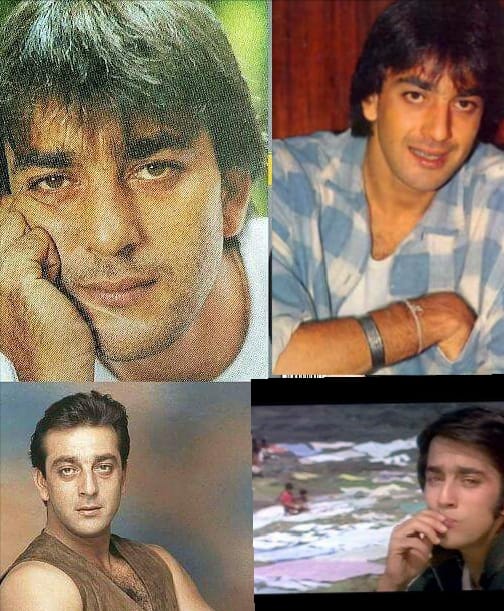 ROCKY, the movie that I had watched a billion times, (and will watch it yet once again with Hira Hyder ) was released after his mom’s death. When girls like me would be putting up his posters on our hostel walls, he was going through the worst phase of his life. Glamour is all that we attach to these actors & these celebrities. We see, we read, and we instantly pass judgments. No one is to blame. That is how it is supposed to work, I guess in the tinsel town.


All I want to assert here are a couple of things which went through my mind after watching SANJU.


1. Never love, or protect your child to the extent that they are not able to handle life on their own. Let them go through the tough times and make them emotionally stable so that once u are long gone, they can take care of themselves


2. Never choose a friend who is not a nice person. No matter how much he loves you, he will definitely leave a negative influence on you and would drag you to his dungeons.


3. You must believe in some divine faith…Be it Allah or some other god if u are not a Muslim so that you can go back to him and give vent to your feelings or be scared of ur god’s anger ‘cuz that would refrain you from indulging in evil deeds


5. If you are a journalist, never write what you are not sure of, just to sell your news or in a desire to become a sensation


6. Never leave your child’s side even if the entire universe is against him. Have blind faith on ur offsprings and walk them through life


7. Never disown your children because they have done wrong. This would encourage them to go from bad to worse. Let the pressure of your love and heartbreak sustain


8. Love, no doubt plays a vital role in your child’s life, but that is not enough to help them develop. They need you to understand them. They need your counseling and therapy. Never dictate or judge your children.


9. Remember they are your children but are unique individuals. They cannot be your replica. They will go through their own journey in their own way. Guide them, correct them but never try rule over them.


10. Never delay expressing your love to your parents. There may not be another tomorrow in their lives.


Last but not the least….. Ranbhir Kapoor proved that Kapoor’s are just not about good looks! He has nailed it!!! This movie is not only about a heartthrob of yesteryears but about that journey of every human ……only a few have the courage to expose it all…..!

MY 2cents on SANJU ! (The ultimate movie on Sanjay Dutt)Let me share with u perks of being a teenager. I had a major…

Have you got any words left? 🙂