Pakistan will be hosting Sri Lanka for three ODI’s and three T20’s. After a near-decade, an international team is setting foot for cricket matches in the country.

The One Day International Series will begin in Karachi on the 27th of September. This will consist of the three ODI matches and then the Sri Lankan team will move on to Lahore. The matches will see an end on the 9th of October.

“The Sri Lanka team will arrive in Karachi on Sept 25 where they will play three ODIs on Sept 27, 29 and Oct 2. Lahore will host three T20 Internationals on Oct 5, 7 and 9 after which the visitors will fly home on Oct 10,” it added. 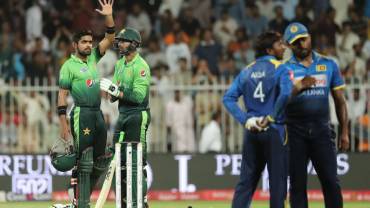 The Sri Lanka Cricket (SLC) submitted a report to the government regarding the condition of the two Pakistani cities. However, the request for playing Test matches was thoroughly denied which resulted in the current schedule.

The reason for declining to play the Test matches has a connection with the terror attack that the Sri Lankan team witnessed in Lahore in 2009. It left as a great scar onto the reputation of Pakistan and remained as a grieving day for the cricket world. Hence, it is understandable why Sri Lanka is hoping to not take such risks at this point. Pakistanis have been stating that the incident had been long ago and that the country is safe now, but every country would ensure the safety of their sportsmen. Regardless of all of this, Pakistan is confirmed to host the Cricket Asia Cup 2020.

The Chairman of PCB  Ehsan Mani said, “The PCB is pleased with the outcome of its discussions with Sri Lanka Cricket, which has supported Pakistan in its efforts and endeavours for the complete revival of international cricket,” to further add, “The tour for limited-overs matches will also provide Sri Lanka with an even better understanding of the ground situation before discussing schedule of the Tests.

“The PCB is pleased with the outcome of its discussions with Sri Lanka Cricket, which has supported Pakistan in its efforts and endeavors for the complete revival of international cricket,” he also continued. “The tour for limited-overs matches will also provide Sri Lanka with an even better understanding of the ground situation before discussing the schedule of the Tests.

“The upcoming matches will end the long await of the Pakistan cricket fans and supporters to watch modern-day stars from both sides live in action. This is something that will contribute immensely to our revamped domestic cricket structure.” Mani included.

He concluded it all with, “We are very grateful to Sri Lanka Cricket President Mr Shammi Silva, his board and players for responding positively to our request to play matches in Pakistan. The PCB looks forward to welcoming the Sri Lanka cricket team and assures them that they will be as well looked after as any other international sides of the past.” Hopefully, the current tour of Sri Lankan team of Pakistan remains better than the previous.

The revised schedule has been announced as well which consists of:

What do you think of the situation? Are you excited for the upcoming matches? Share your thoughts using the links below.

This American Singer Sang ‘Dil Dil Pakistan’ In Kashmir Rally Islamabad And Indians Seem Offended!
DG ISPR Asif Ghafoor Gently Reminded SRK Of The Reality, Advising Him To Do The Right Thing For Once!
To Top